Devil May Cry Switch Announced by Capcom; Available for Download This Summer 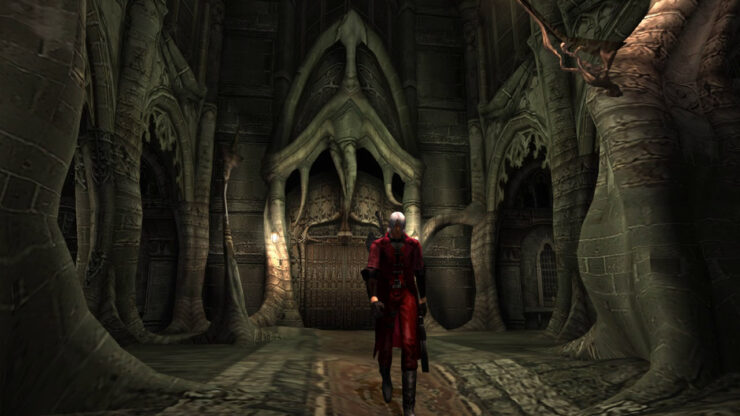 The original Devil May Cry will be released for the Nintendo Switch this summer, Capcom has announced.

Capcom announced the news through its official Devil May Cry Twitter account. “Relive the adventure that introduced the legendary Dante to the world with the original Devil May Cry, coming to #NintendoSwitch this Summer”, the tweet reads.

Alongside the announcement, Capcom launched a webpage for the Switch version of Devil May Cry. According to Capcom, the game will only be made available digitally, and there are currently no plans for a physical release.

Meet Dante: a half-human, half-demon devil hunter hellbent on taking down the king of the underworld, Mundus. Whether you're at home, or on the go, slice, shoot, and skewer enemies with outrageous combos in the game that showed the world what stylish action was all about.

Mundus, king of the underworld.
Your father banished him once.
Now, he wants out.

One day, a mysterious woman named Trish arrives at Dante's shop, Devil May Cry. She speaks of Mundus, the king of the underworld, banished to Mallet Island over 2000 years ago. This same Mundus was responsible for the death of Dante's family so very long ago...

Now he's back, and Trish wants Dante to put him down

At this point, it’s unknown which version of the game will make its way to Nintendo’s hybrid platform. Back in February of this year, we already covered an interview with Devil May Cry 5 game director Hideaki Itsuno and producer Matt Walker, in which the pair said they would love to play a Devil May Cry game on the Switch.

“We haven’t announced anything for Switch, right,” Walker and Itsuno said. “We personally would love to play a Devil May Cry game on [the] Switch.

“I’m one of those guys that always, I want to play everything on Switch. I’m always asking for ports.”

We’ll update once we learn more about the Devil May Cry Switch port.