Deus Ex Mankind Divided will make use a of a lot static lights, and a cached static geometry visibility is used to improve performance. The game runs on the newly developed Dawn Engine, and uses Umbra tech. 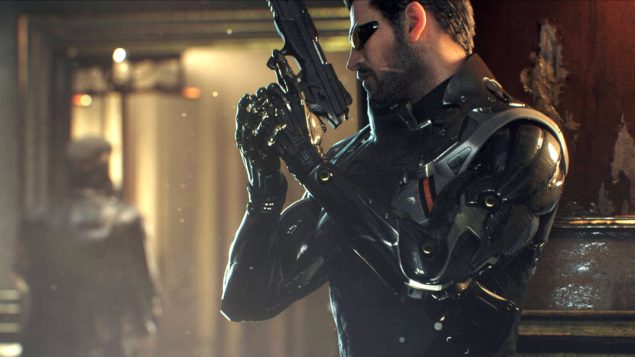 The next-generation Dawn Engine was presented by Square Enix and Eidos back in December of 2014, and is based on a heavily modified version of IO Interactive’s Glacier 2 engine. The engine features new technology that allows for improved rendering capabilities, real-time physics, and advanced artificial intelligence programming. According Square Enix and Eidos, the Dawn Engine was specifically built for the recent generation of consoles and PC.

A tech demo, displaying the graphical prowess that is possible for Deus Ex: Mankind Divided, was published back in June last year.

During the upcoming Gamers Developers Conference in March of this year, Eidos and Umbra will be talking about how Umbra is used in Deus Ex Mankind Divided.

Interestingly, the description of the session mentions that Deus Ex Mankind Divided use a lot of static lights. While these lights have limited usability due to not being movable or adjustable at runtime, they have impact on performance once processed.

Since many lights in the game are static, the geometry visibility has been cached to speedup the umbra query.

We will go into the details of how Umbra was used for the main camera, but also the generation of the shadow maps. Since many of our lights are static, we cached the static geometry visibility to speedup the umbra query.

Note that shadows of static lights are not created during runtime, but are generated before gameplay. Basically this means that static lighting can’t create shadows for moving objects. On the other hand, when certain objects for lighting have also been made static, they can still produce contact shadows at low performance cost.

Deus Ex Mankind Divided will feature a lot of very rich environments, and because of this, the development team needed an efficient geometry culling solution.

In order to support the very rich environments our artists envision, we needed a very efficient geometry culling solution without the associated manual labour. We will give a general overview of the Dawn engine and show how Umbra was integrated from the edition and offline building to the low level rendering engine to achieve this goal.

Attendees will see the choices that were made for improving geometry culling performances, while maintaining an environment production pipeline that is efficient.

The tech demo above, already was impressive, and we wonder how the final product will look and perform.

Deus Ex Mankind Divided is slated for a release in August 2016 for PC, Xbox One, and PS4.