Nvidia's Upcoming Geforce GTX 580 Graphics card was detailed at the recent PDX LAN event by Nvidia's Tom Petersen. He detailed the all new vapor chamber cooler which will be introduced in the new card along with the the new Alien vs. Triangles tech demo, Endless City Tech Demo and a little Gameplay of Call Of Duty: Black Ops in High-Def.

The new vapor chamber cooling will cool the GPU effectively by dissipating heat to a Liquid Block which will pass through a condenser and the aluminium block above it from where the heat will be blown out of the GPU. This will also make the GPU Quieter than GTX 480 and even the GTX 285. The card is said to do only 47DbA while gaming.

The card will be the most fastest Direct X11 GPU on the planet when released which means that it will perform much better in titles that support tessellation and that is what the new Alien vs. Triangles tech demo and Endless City Tech Demo is all about. Both the Demo's are rendered in real time. 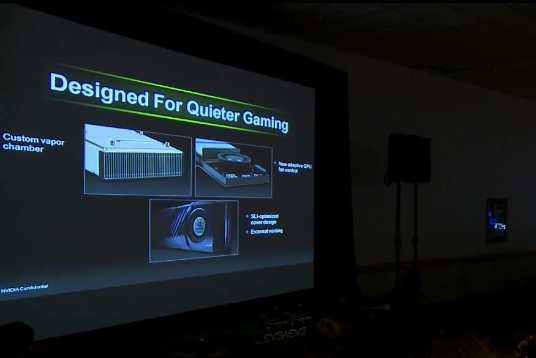 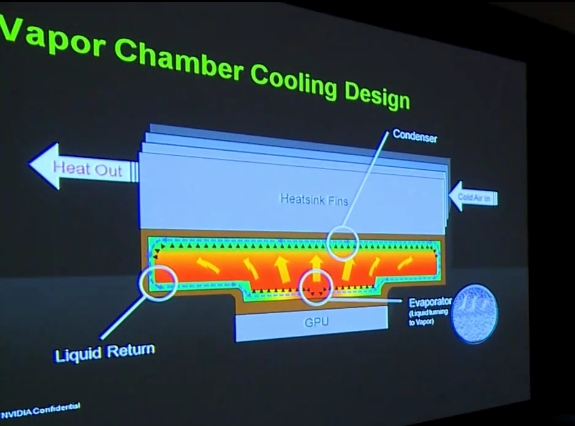 A Gameplay video of Call Of Duty Black Ops which was running on the new card was also revealed which showed amazing effect in the game and all at the highest possible settings the card was performing pretty well in the game. 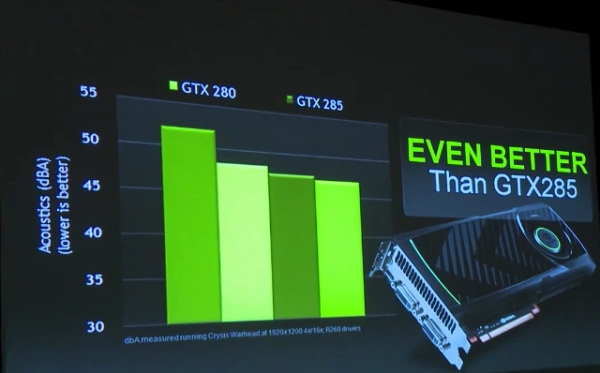 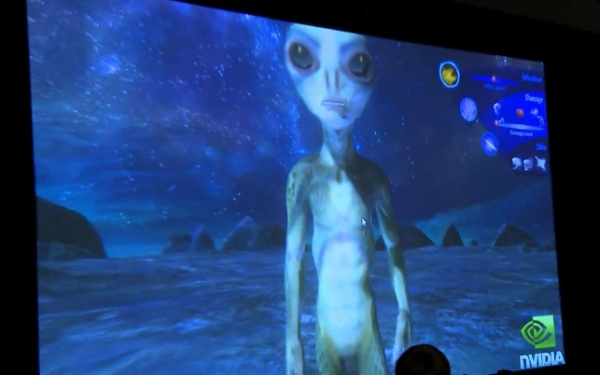