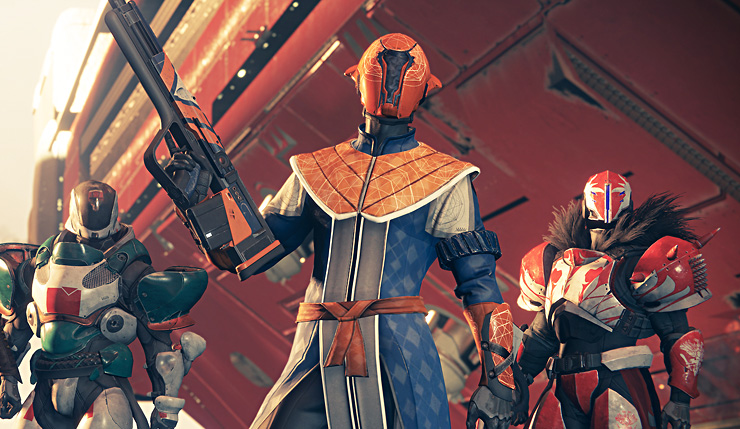 Summer is almost upon us, but the makers of Destiny 2 won’t be taking any time off to enjoy the warm weather. Bungie has shared their Destiny 2 roadmap for the next few months, and it looks like players are in for a healthy assortment of new content and experiences. You can check out the roadmap below (click on the image for full resolution). 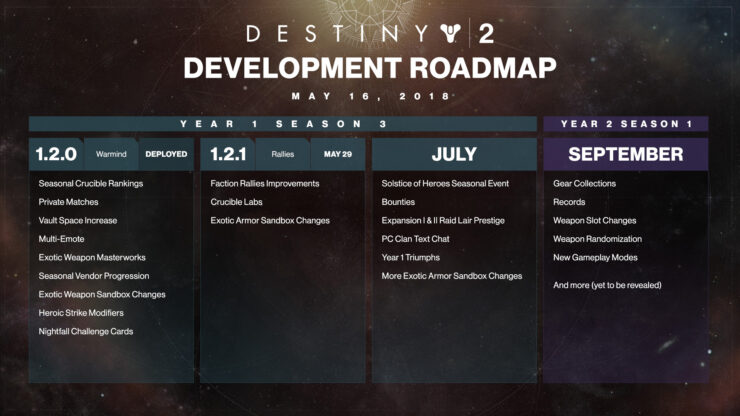 The next big Destiny 2 update comes at the end of this month, and will deliver Faction Rally improvements, exotic armor tweaks, and something called Crucible Labs. Basically, Crucible Labs will be a test server of sorts, that will let players try out new PvP modes and content early. Here’s how Destiny 2 design lead Derek Carroll describes it:

“I can already hear you asking, ‘What is Crucible Labs?’ and I’m glad you want to know more. Update 1.2.1 will include a new feature intended to give you a peek behind the scenes and a louder voice in our creative process. Crucible Labs will give every player of Destiny 2 access to experimental PvP content. We’ll then have a chance to solicit your feedback to guide our final iterations.”

Later in July, Destiny 2 will deliver a new summer seasonal event, Solstice of Heroes, bring back bounties, and add a Prestige mode for the game’s first two raids. Following all that, Year 2 will kick off in September, which will undoubtedly bring a ton of content and changes, including new gear, modes, and more.

Destiny 2 has struggled to satisfy its fanbase since launch, with players complaining of a lack of content, an exploitative loot box economy and other issues. Bungie has been making efforts to fix the game, but progress has been bumpy – the recently-released Warmind expansion hasn’t generated a lot of new enthusiasm. Hopefully this summer’s updates will be better received.

Destiny 2 is available now on PC, Xbox One, and PS4.