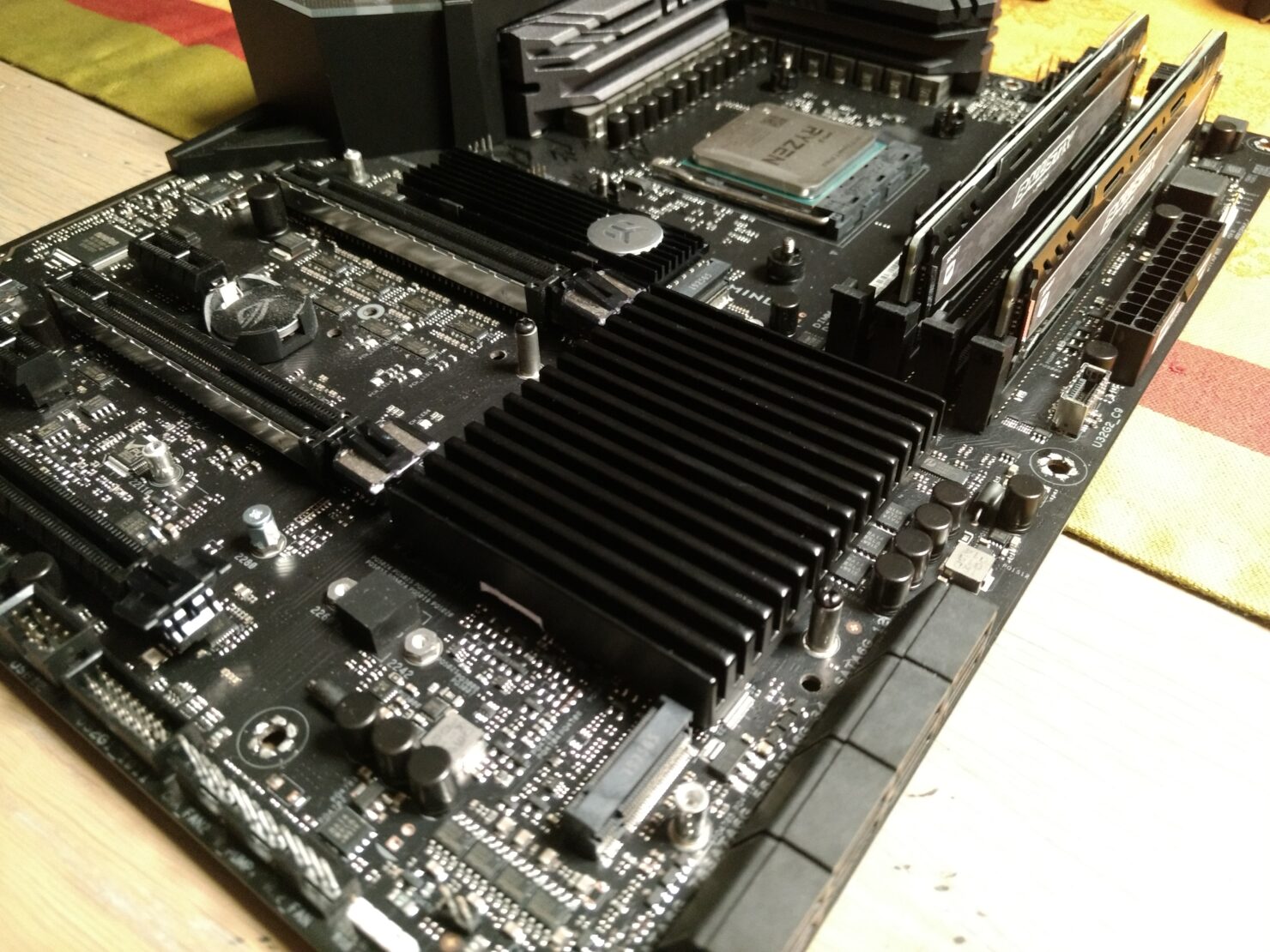 With some PC builders upset that the X570 motherboards utilize a fan-assisted chipset heatsink which could potentially add unwanted noise to the PC, DerRuehrer, a PC modder, has decided to sort out this minor inconvenience himself on his ROG Strix X570-E by setting up the X570 PCH with passive cooling. DerRuehrer, in this Imgur thread, shows how he created his custom heatsink.

DerRuehrer did this by milling his heatsink out of a block of aluminum, which he then covered in a layer of paint so that his new custom heatsink would match aesthetically to the ROG Strix X570-E.

The PC modder then used a tube of Arctic MX-2, which was layered in between the heatsink and the custom copperplate; this was done to help further help the thermal transfer between the two metals. He also stated how each fin is 2.5 mm thick and has a 2.5 mm gap between each fin. 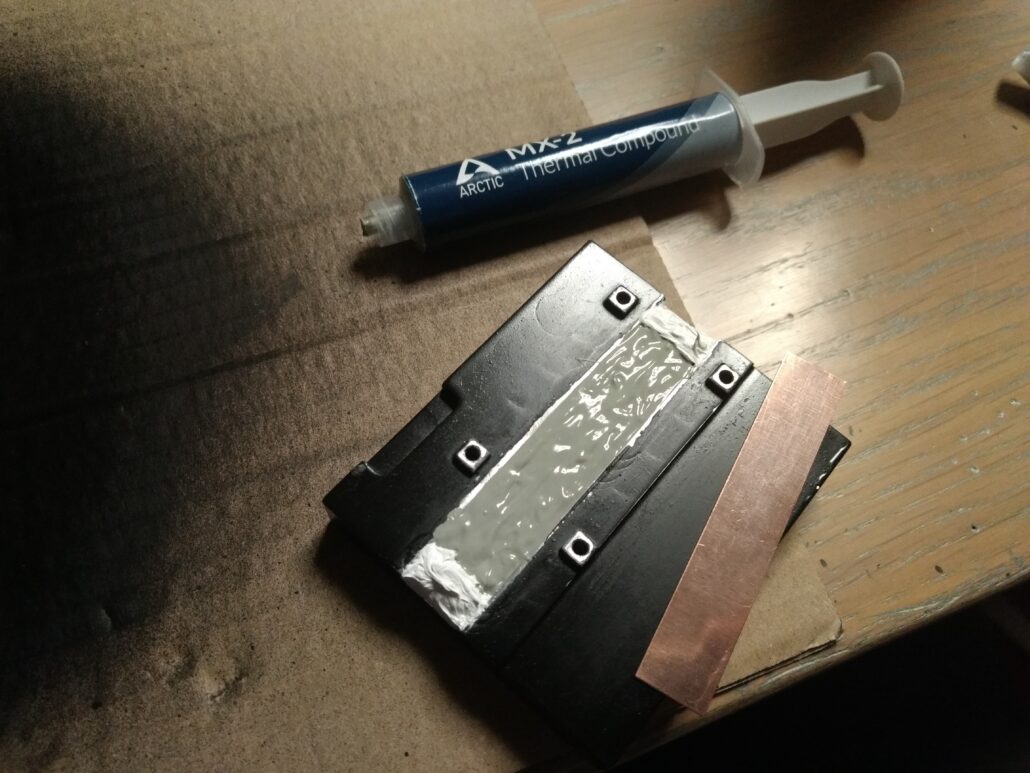 DerRuehrer stated "Depending on the ambient temperature the idle temperature is between 45° C and 50° C, the temperature under load varies between 55° C and 65° C" meaning that this custom heatsink does cool the chipset efficiently enough. Although, the custom heatsink is dependent on airflow from the graphics cards. DerRuehrer also stated, "Both were initially on the higher side but went down after a few weeks."