iPhone 11 users should take note of UGREEN's current sale which gets them a USB-C to Lightning cable and 30W USB-C charger for $24.

Don't Let Apple Rip Your Off with its USB-C Cable and Charger, UGREEN Will Sell You Both for Under $25

After years of pressure from the public, Apple has finally caved in and now includes a USB-C to Lightning cable alongside an 18W charger with every iPhone 11 Pro and iPhone 11 Pro Max. The same can't be said for the iPhone 11, as the phone still ships with a regular Lightning cable and that awful 5W charger. It's understandable, as Apple wanted to keep the cost down and boy did they deliver with a $50 price drop over the iPhone XR.

If you want to get in on the fast charging action on your iPhone 11 , Apple will sell you a USB-C to Lightning cable for $19, while the 18W fast charger is going to cost you $29. Do the math and the total jumps to almost $50 (if you don't count taxes) which is crazy. However, UGREEN is taking things up a notch and is selling equivalent accessories for far less. We're talking about an MFi-Certified USB-C to Lightning cable for just $10, while the company's  30W USB-C charger will set you back a measly $14. Yes, that's right, 30W; this thing is powerful enough to charge a MacBook Air at full speed, even your iPad Pro. 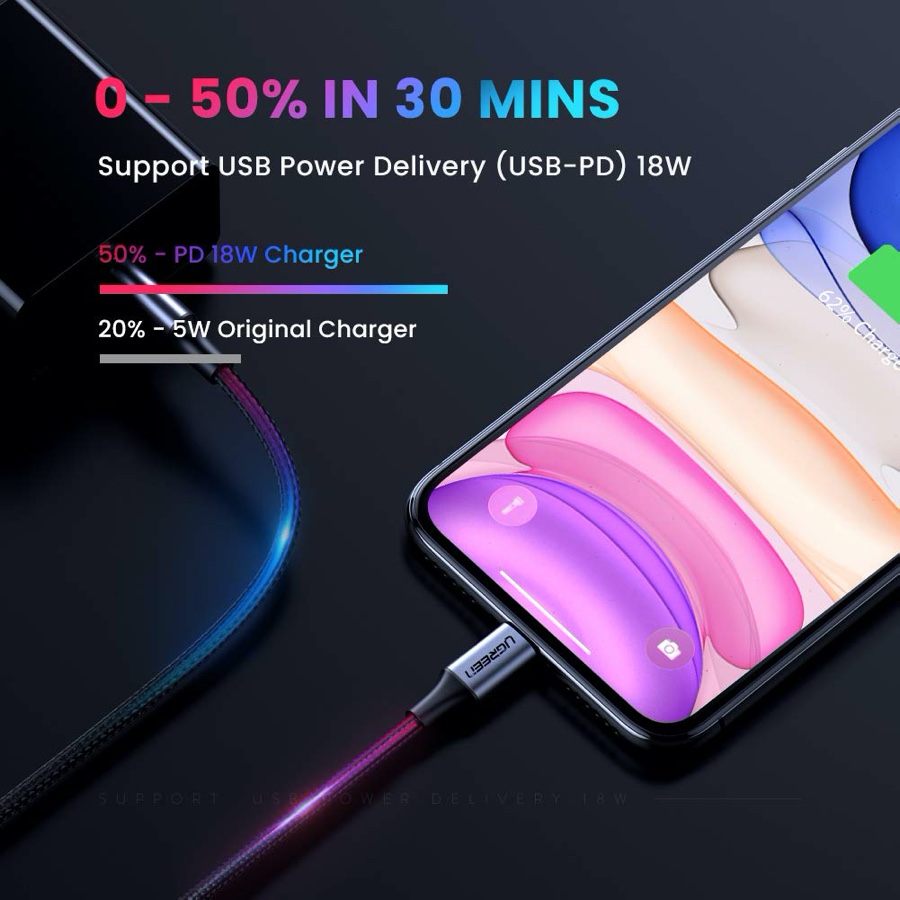 The cable in question is fully certified by Apple, meaning that it complies with every rule put in place by Cupertino in order to ensure 100% compatibility with iPhones, iPads and iPod touches. It's also nylon-braided, meaning that it won't ever fray on you regardless of how you use it. If you are using this cable with the iPhone 11, then you can expect to charge it from 0 to 50% in 30 minutes, which is the same time Apple advertises on its website if using their own charger and cable. And yes, you can totally use this cable to charge your iPhone from your iPad Pro or just transfer data. 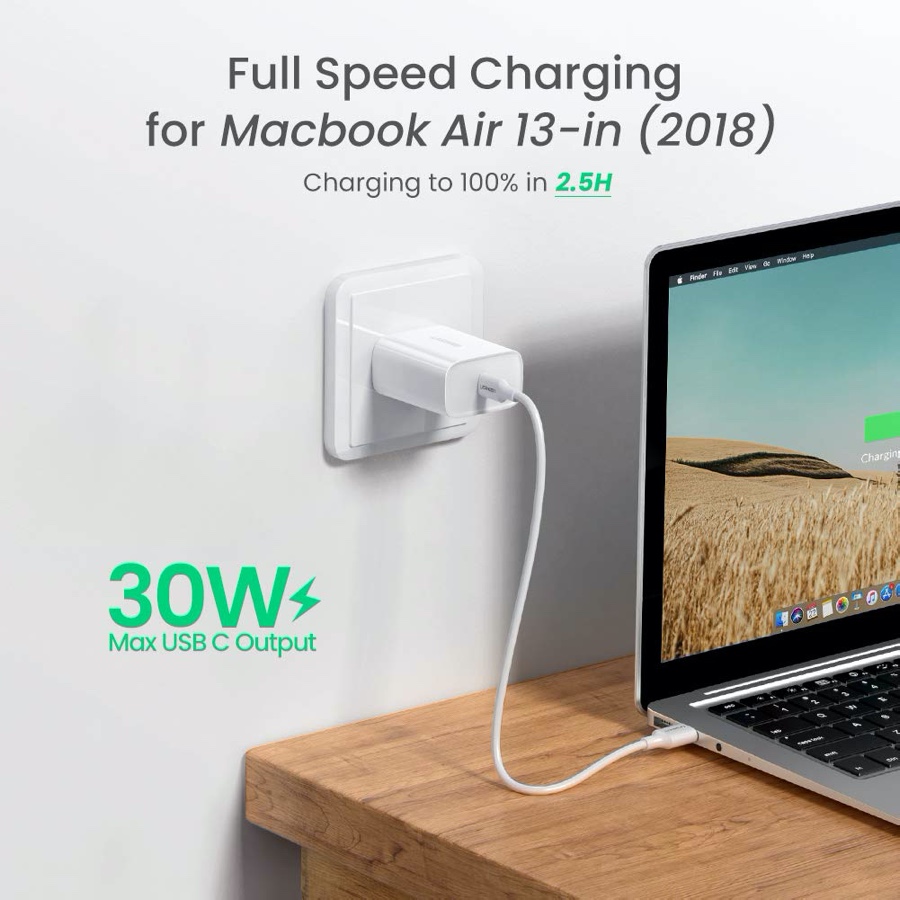 The second star the show in this bundle is UGREEN's 30W USB-C power adapter. This power adapter offers 12W of power above what is needed by the iPhone 11 to fast charge. This means that even if you don't plan on using this charger to juice up an iPhone 11, you can totally use it somewhere else, such as charging up an iPad Pro or a MacBook. Obviously, this charger is fully compatible for use with any iPhone model, but fast charging at 18W is supported by anything and everything released after the iPhone 8 and iPhone X only.

Looking for some neat smartphone related deals? Check out the following: