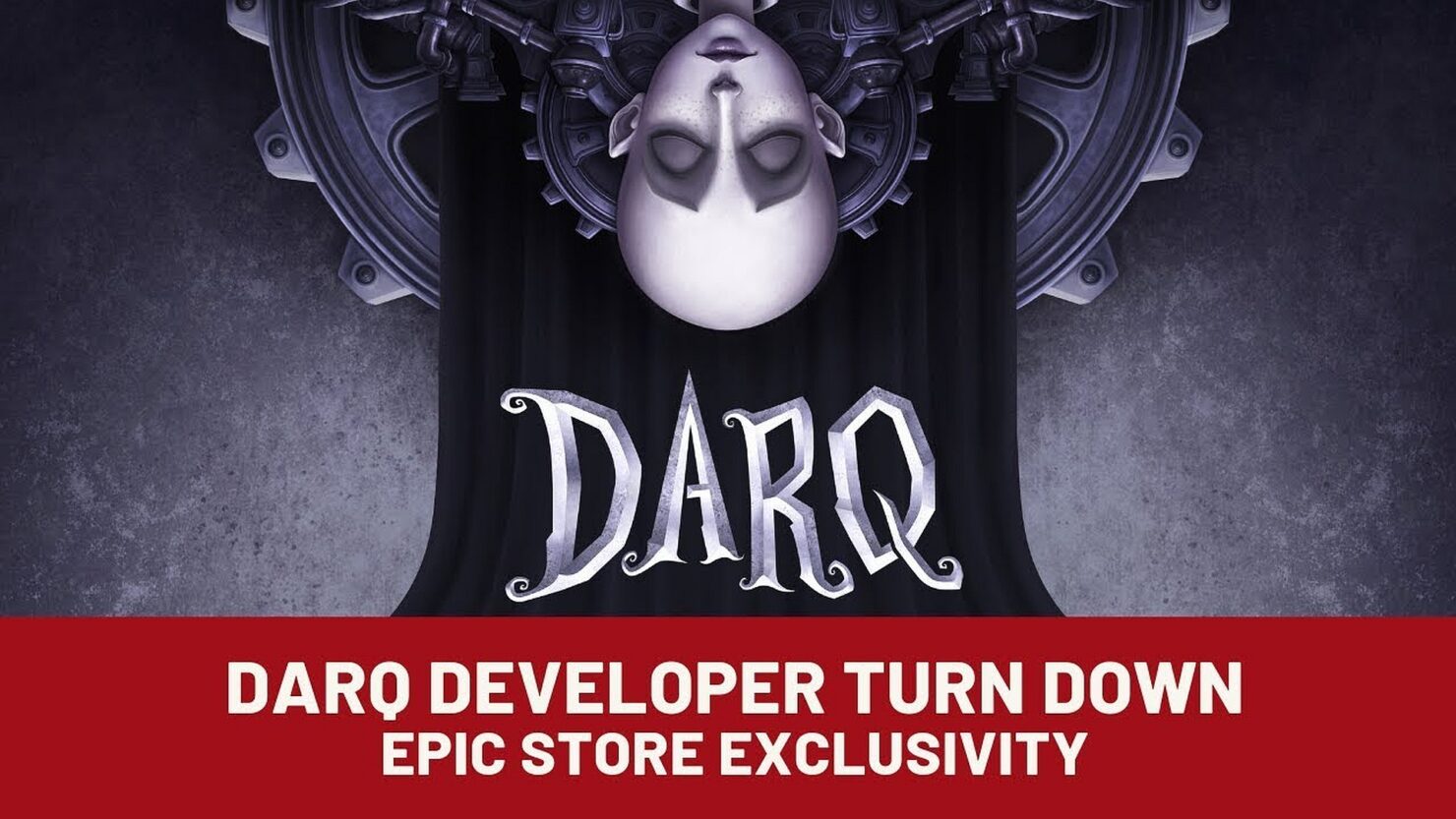 DARQ, launched earlier this week on Steam, is quite the unique game. It's a psychological horror side-scrolling game with puzzle and stealth elements, featuring sound design by Bjørn Jacobsen, whom you may have already heard in games like EVE Online, Gwent, and HITMAN.

While it's early days still, the reception has been great so far. More than due to the overwhelmingly positive (90%) user reviews, though, the game garnered visibility on the Web after Unfold Games CEO and Founder Wlad Marhulets revealed to have turned down a proposal from Epic Games to publish DARQ exclusively on the Epic Games Store.

In a lengthy blog post published on Medium earlier today, Marhulets shared the three main reasons that led him to this choice.

Marhulets also shared a screenshot that proves how the Epic Games representative was only interested in adding the game to the store as an exclusive. The representative literally said:

We aren't in a position yet to open the store up to games that simultaneously ship [on other stores]. In exchange for a year of exclusivity, we do negotiate some sort of minimum guarantee based on sales projections for year one. You would recoup against that guarantee, but it's a way to mitigate any sort of launch risk you might have.

Except that, as pointed out by the CEO of Unfold Games, there are indeed several games that are shipping simultaneously on the Epic Games Store and other PC stores. They are, however, bigger games than your average indie title.

Should Epic respond in any way, we'll update the story.