All versions of Windows 10 are receiving a new cumulative update from Microsoft bringing update reliability and performance improvements to the operating system. Windows 10 KB4023057 is now available for all versions except for the latest October 2018 Update.

This update includes files and resources that address issues that affect the update processes in Windows 10 that may prevent important Windows updates from being installed. These improvements help make sure that updates are installed seamlessly on your device, and they help improve the reliability and security of devices that are running Windows 10.

Notes about this update

Important information about devices that have low disk space

After the Windows update has installed, some users may be prompted to restart their device. See Free up drive space in Windows 10 for more information about other ways that you can free up disk space on your device.

To help free up disk space, this update may compress files in your user profile directory so that Windows Update can install important updates. When files or folders are compressed, they appear as having two blue arrows overlaid on the icon. Depending on your File Explorer settings, you may see icons that look larger or smaller. The following screen shot shows an example of these icons. 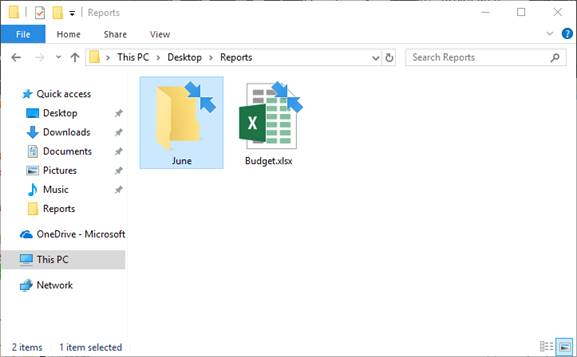 After you install the update, your files are restored to their original state, and the blue arrows disappear from the file icons in File Explorer. At any point during the update process, you should be able to access your files.

This update may display a notification on devices that are running low on space. If selected, this notification will open a Microsoft Support URL in the default browser with contact options for Microsoft support so you can easily get help freeing up space on your device.

If your machine is running on any version of Windows 10 except for version 1809, this update should install automatically through Windows Update. The update isn't available through the Microsoft Update Catalog for manual installation.

For more details, head over to this page.