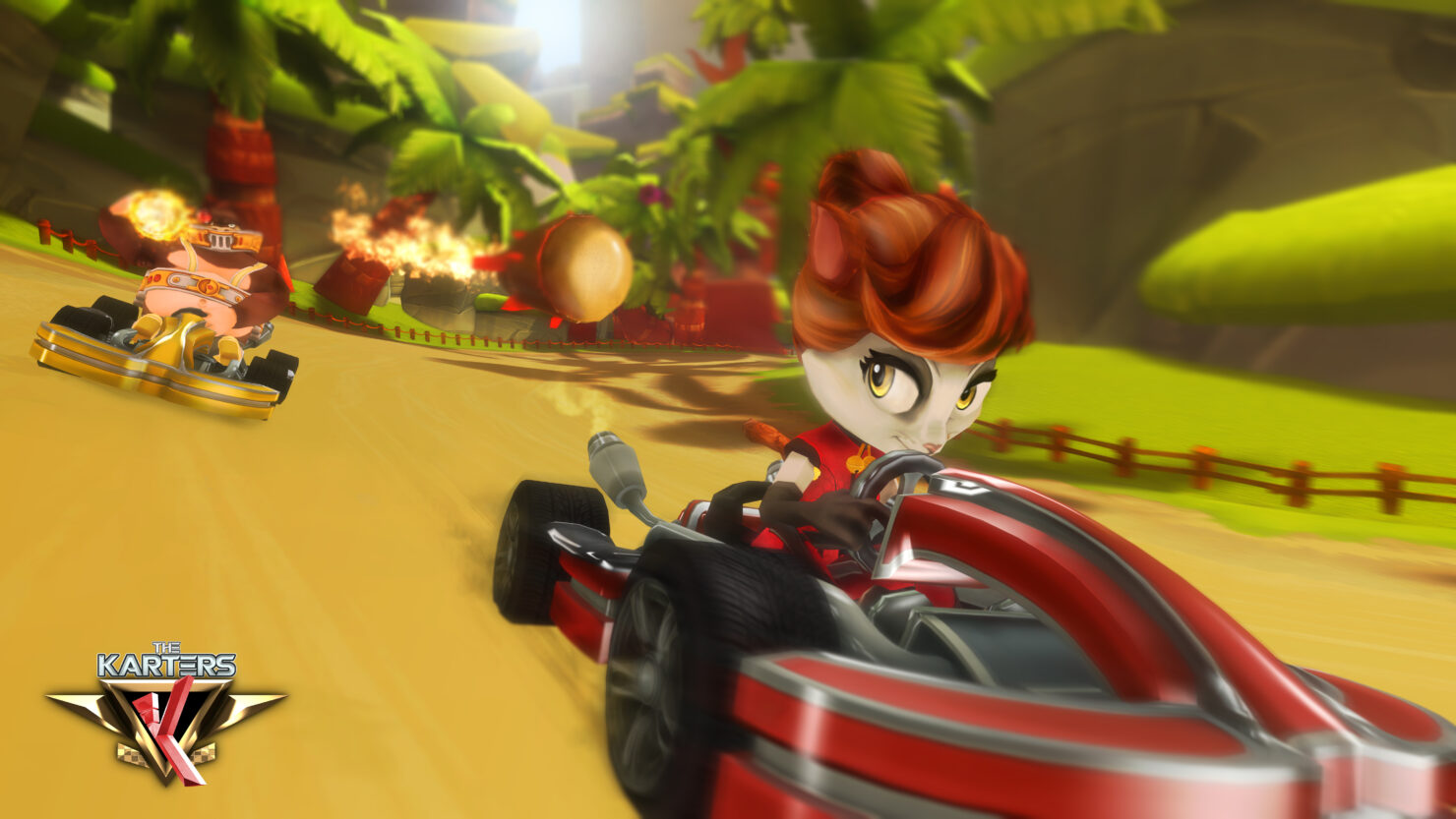 Crash Bandicoot fans have been asking vehemently for a new game in the series, even though Activision still doesn't seem inclined to do that.

However, The Karters might at least scratch the itch of those who have been missing Crash Team Racing as well, the racing spin-off. Polish indie team Cmoar have worked on The Karters for a while and now they're gathering votes on Steam Greenlight, with the goal of releasing the game on Steam Early Access really soon.

Here's how Cmoar described it:

The Karters is an arcade karting game, inspired by Crash Team Racing’s gameplay, dynamics and overall design. Grab one of the killing weapons, compete with the opponents and smash them in the Arena mode.  Challenge your friends in a local or global multiplayer, where only one can win. Pick one of the thrilling maps and try to find alternative routes to outsmart your rivals and get the gold!

•   10-12 characters, each brought to life with beautiful animations   •
•   12-16 exciting maps with picturesque landscapes   •
•   4 Battle Arena maps, where you can smash your opponents   •
•   Multiple shattering weapons to finish off your rivals, each having unique properties   •   Conquer your opponents in single player mode…… outsmart your friends in local multiplayer…… or finally, compete with the players from all around the world in global multiplayer
•   Global game ranking

You can check out the first screenshots and trailer below.