The recent update to Counter Strike: Global Defensive added a holiday motif to all the levels, and it also added a new weapon. The R8 Revolver was added as an option to replace the Desert Eagle, but the problem was that it was far too OP for anyone's good. 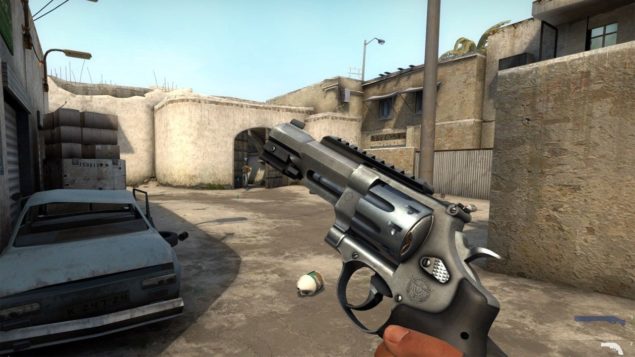 Valve heard your cries, and now the new magic revolver in CS:GO is far more balanced.

In a new blog post, Valve admitted that they had made a mistake with the design of the new weapon and were listening intently to the concerns that players had in regards to the power and it's accuracy.

While it typically takes more time to generate enough data to drive an update (and gameplay updates are always a bit disruptive), in this case it’s clear that we got the damage wrong and can respond immediately.

When it was introduced the new weapon was likened to a mini, and much cheaper, AWP. It was accurate on the move and could cause significant amounts of damage, much higher than the AWP in some cases. A longer trigger pull was supposed to offset the powerful damage, but that wasn't the case in reality. Matches became frustrating as long-range shots took out you and most of your team before you could even play the objective.

And there were glitches too. Some were able to purchase the revolver for only $700, fire it before the match even started and could even begin to pull the trigger, and use the alternate quick-fire button for an accurate shot. It was chaos and madness. The game was completely unbalanced after it came out. But thankfully Valve has listened to complaints and have made the necessary changes. The update is live and makes the R8 Revolver just another weapon choice, no better than any other really.