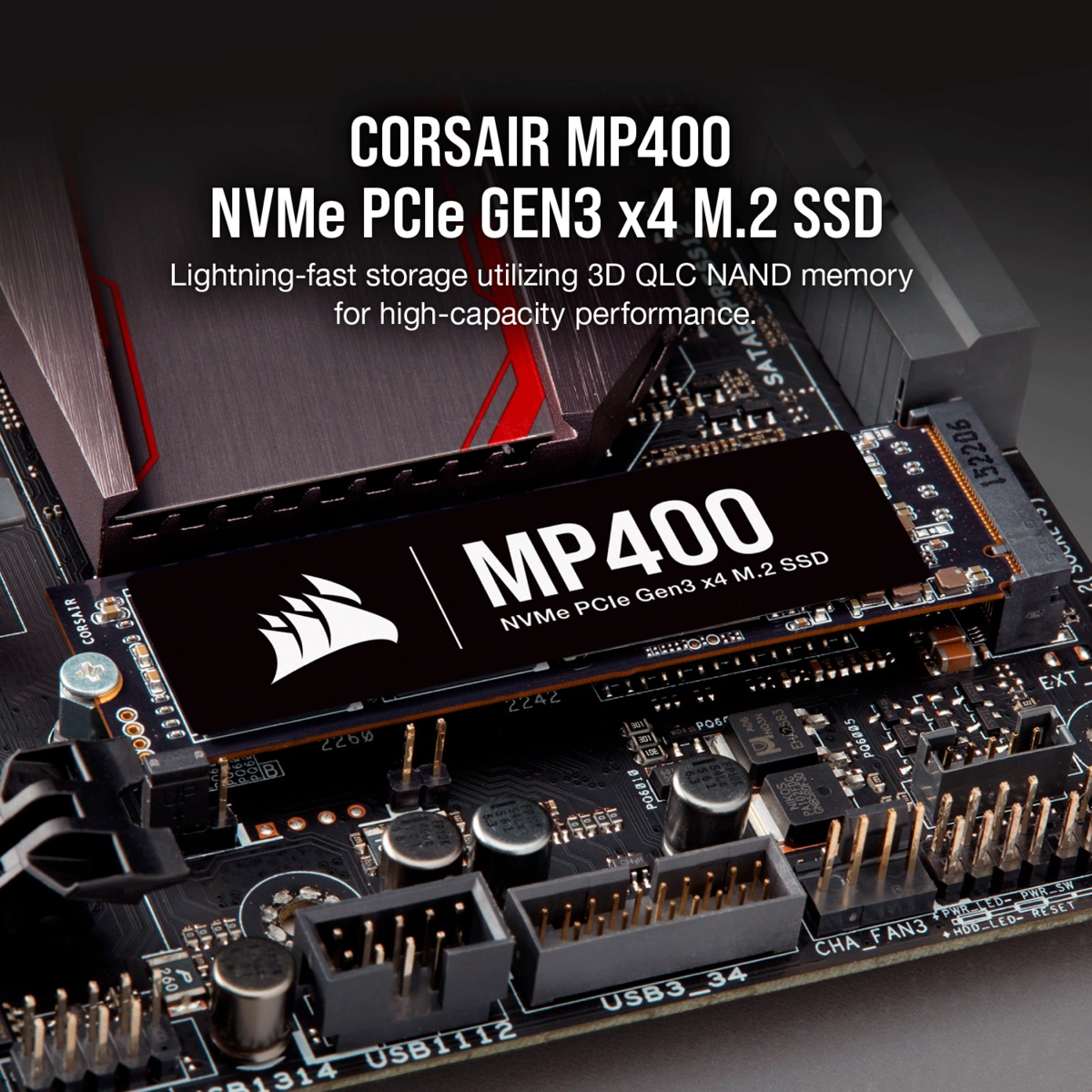 Corsair MP400 SSDs Upgraded To 3D QLC NAND Technology, But It Is Only Gen3 PCIe x4

The MP400 features the M.2 2280 size which has now become the industry standard for NVMe SSDs. This allows users to quickly insert the SSD in the motherboard without any hassles and instantly reap the rewards of running a faster SSD.  The MP400 boasts wide-ranging compatibility and high-bandwidth performance. With the use of 3D QLC NAND technology, the increased density gives this drive a better value than the previous generation drives than TLC NAND. 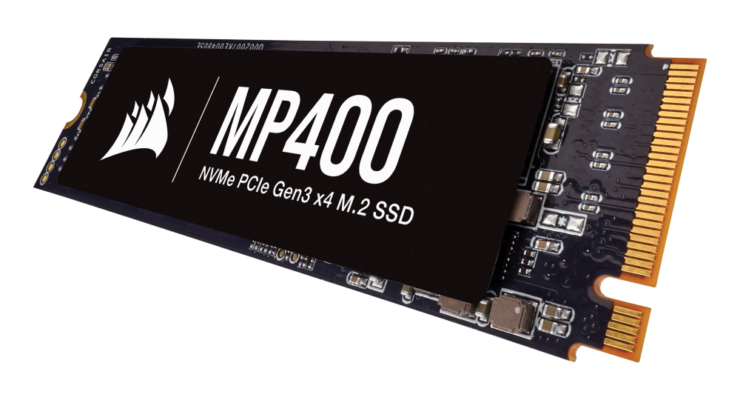 The only gripe with this model is the Gen3 PCIe x4 specification. It is quickly becoming outdated with the new standard being Gen4 PCIe x4, but currently, only functions on AMD motherboards as Intel's 10th generation does not support Gen4 PCIe x4. The MTBF (mean time before failure) of this drive is 1,800,000 hours which is quite solid and ensures that this drive will last you quite a long time.

For AMD users that have CPU's and motherboards that support Gen4 PCIe, I would not recommend this as there are better options that do have do feature Gen4 PCIe. For Intel users, I would recommend this as a solid pickup. The SSD comes in capacities of 1TB, 2TB, 4TB, and will soon be available in an 8TB model.