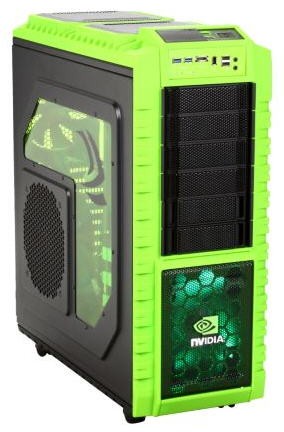 Cooler Master teamed up with Nvidia to bring in two new Nvidia Themed Cases, An HAF-X Nvidia Edition and CM690II Advanced Nvidia Edition Casings. Both the casing are modded in an Nvidia Theme which makes them look better than the standard editions though costing a bit extra.

The HAF-X Nvidia Edition has its exterior painted Lime/Bright green with Drive Bay covers painted black, Side Panel is also tinted green and has a Nvidia Logo at its top. The Front also comes with an Nvidia logo. The interior is mostly left the same, The only green colored internal parts include HDD trays and a green-illuminated front intake fan. Size and dimensions are the same measuring 230 x 599 x 550 mm. Other specs are also the same which include 2.5" and 1.8" drives, six 5.25" bays, of which one is a SATA 3.5"/2.5" HDD/SSD dock. The casing includes 230 mm front intake fan, a 200 mm side-panel intake fan, a 140 mm rear exhaust fan, and two optional 200 mm top exhaust fans. The front panel is fitted with USB 3.0 ports, USB 2.0 ports, eSATA, FireWire and audio. The casing is priced at 230US$. 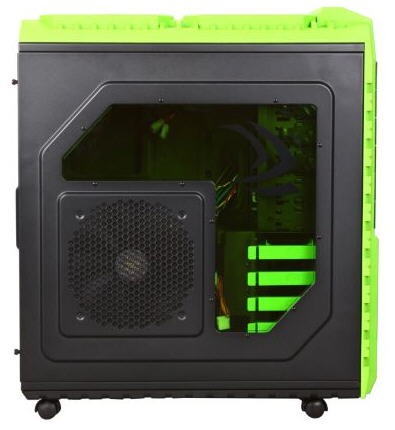 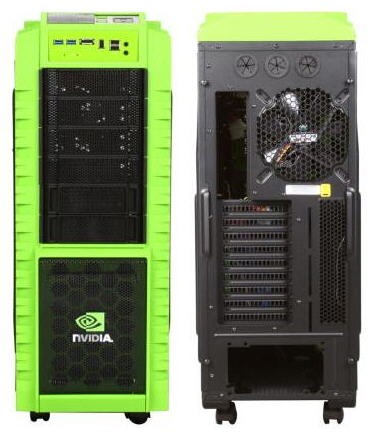 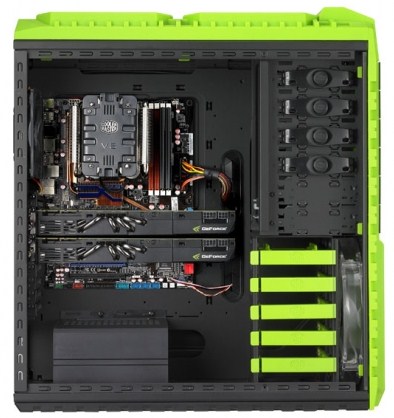 The CM690II Advanced Nvidia Edition in my opinion looks much better than the HAF-X Nvidia Edition. The reason behind it is that the casing is simple and isn't colored the same way the HAF-X is. The case has its metallic lines on the front colored green which looks really elegant. The front intake fan has been replaced by a green LED fan and the side panel features a green tinted Nvidia "EYE" logo. The only new thing about the exterior is the fan and the HDD bays which are colored green. 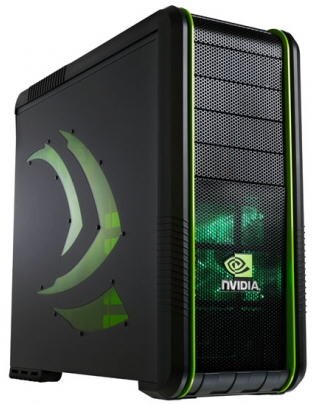 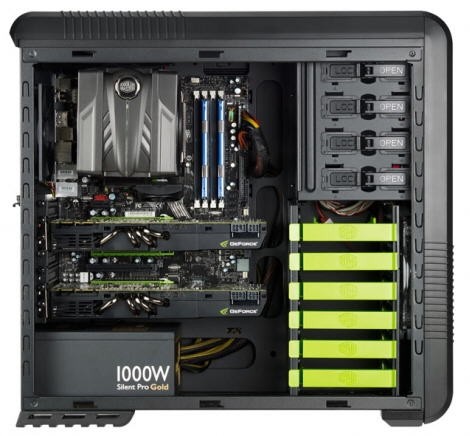 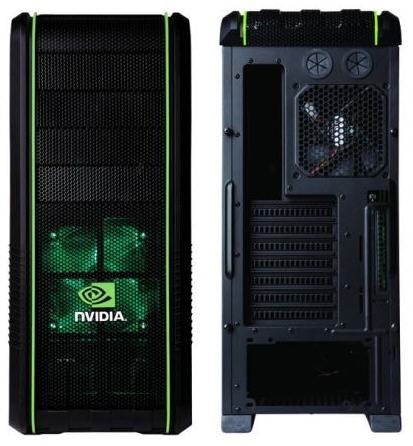