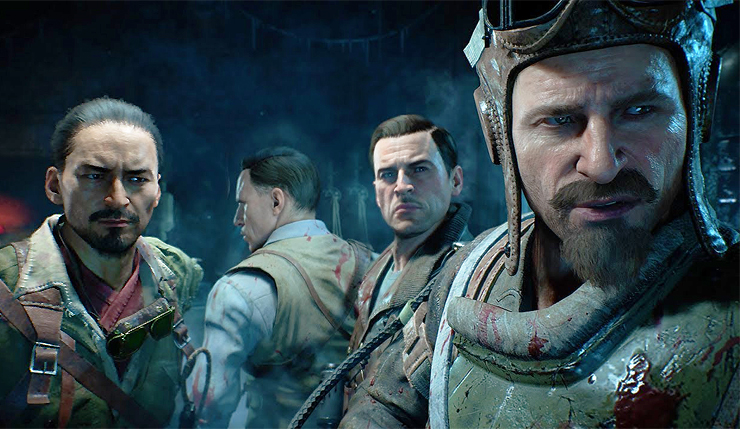 Blood of the Dead is a reimagining of the fan-favorite Mob of the Dead map from Call of Duty: Black Ops II, and will feature returning Zombies heroes Richtofen, Dempsey, Takeo and Nikolai. Here’s a brief official description of Blood of the Dead:

"Blood of the Dead" takes the classic Zombies heroes on a journey to a secret laboratory beneath the iconic Alcatraz Penitentiary. Encountering a familiar enemy Hell-bent on imprisoning them for all eternity, the Primis crew quickly realize that the future predicted by the Kronorium - the future they sought to secure - is now in serious jeopardy.

Black Ops 4 will launch with three maps – in addition to Blood of the Dead, we’re getting two all-new maps (Voyage of Despair and IX) featuring a fresh cast and time-travelling story.

Call of Duty: Black Ops 4 Mystery Box Edition serves up a meaty selection of stuff in an elaborate, light-up, noise-making skeleton sarcophagus. Sure, why not? This package will set you back a whopping $200, but hey, at least it includes a copy of the game (unlike a lot of other recent collector’s editions).  Here’s a full rundown of everything included: 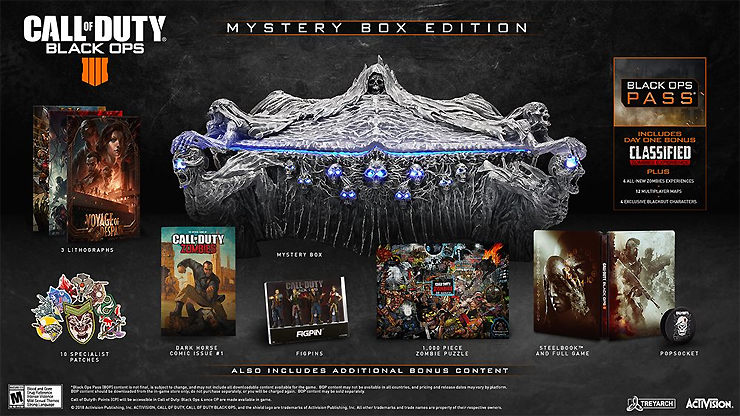