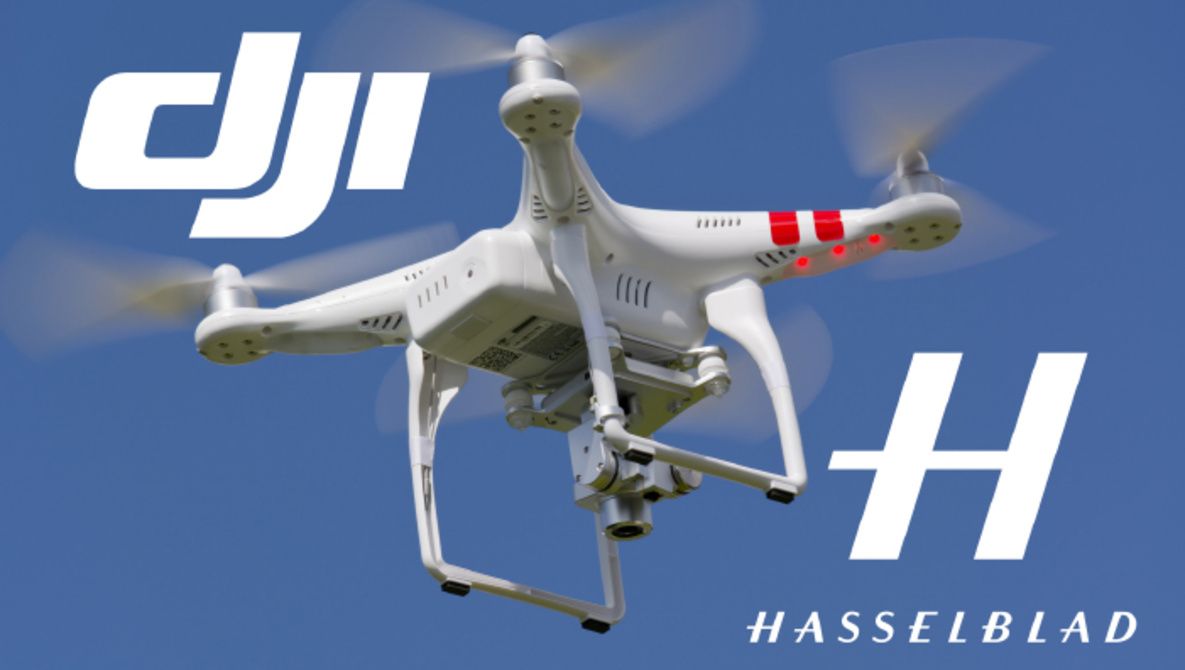 Unbeknownst to the general public in the Western world, China has effectively cornered the global small drone market. These ubiquitous high volume devices are finding a plethora of uses in all walks of life and are increasingly becoming airborne platforms - playing host to a multitude of other capabilities that can be added separately from different vendors. In short, drones no longer have a "killer app" problem in as much as they now resemble to a limited degree, the smartphone ecosystem.
China's dominance in the sector globally - accounting for three-quarters of all sales - is part of the general explosion of sophisticated technology in the country - particularly in the realm of artificial intelligence, computing, 5G, hypersonic weapons and of course the unmanned drone segment. However, the prolific Chinese drone industry has come under fire from the Trump administration and Congress as well as independent technology supplier's groups.

In particular, the fears surrounding the technology segment being supplied almost exclusively by Chinese manufacturers has led to much consternation among western observers and now the White House. A public intelligence report from the U.S. immigrations and Customs Enforcement in early August 2017 warned of the dangers of Chinese drones particularly given the target customers were local, state and federal law enforcement. In May of the current fiscal DHS warned that Chinese drones could be stealing data from its customers.

Further In early June witnesses told a Senate Commerce subcommittee that Chinese drones offer an avenue for foreign authorities to collect data on American citizens. “That is a cyber and information risk that is at the national level,” Harry Wingo, chair of the cybersecurity department at the National Defense University, was quoted as saying in an interview with Cyberscoop shortly after the hearing had ended. A Senate staffer who spoke to the same outlet under the condition of anonymity said "there is a high degree of confidence" that DJI poses a cyber-security risk in relation to measures by the Pentagon and the Congress to prohibit the purchase of such devices by Chinese suppliers(more on that later).

At the heart of the tussle lies data localization issues - DJI and other makers of drones do have to store data on their local cloud instances when utilizing GPS and other network connectivity features. This exposes the data to Chinese laws - which make the boundary between Govt. and industry theoretically uncertain and may require the disclosure of data arbitrarily as the Govt demands it for national security reasons. Furthermore, big industrialists in China are defacto Communist Party members and despite a degree of capitalism being the norm in China these days, there are definite relationships between industry and government which other countries fear may erode privacy concerns around data sharing and protections. All these factors combine to produce what the West view as significant risk factors especially for operators with sensitive data and high ranking positions in the US Govt or industry.

When The Hammer Hits

Following these concerns, some of the biggest consumers of these devices began walking away soon after Donald Trump was elected to office in late 2016. In August 2017, the Pentagon in its policy directive prohibited all purchase of drones by DJI - the biggest name in small unmanned aerial vehicles with revenues of $2.83 billion in 2017 - which had until then been the biggest source of UAS (unmanned aerial system's) to the US military. DJI extensively supplied many branches of the US govt. and particularly the US Army and Navy. It filled the niche for a type of vehicle with a smaller and lighter footprint than the MQ-9 Reaper that American suppliers could not fill.

The cessation of all purchases was a big blow to the company especially since prior to that event, the Pentagon had in a series of airworthiness directives qualified DJI for purchase. Suddenly however it moved away citing cyber-security concerns. DJI and other large shops like Yuneec responded by producing local and offline versions of their drones specifically aiming at the security threshold required for DOD (Department of Defence) clearance. Nominally these specific enterprise versions have passed muster under testing but they are still exceptions to the policy and must obtain a waiver before any purchase can be made.

Ever since 2017 the White House and the military establishment has stepped up efforts to weed out cyber-security concerns in its supply chain. In June 2018 Congress pressured the Defence Department to ban purchases of all commercial off the shelf drones for military uses - expanding its circle of skepticism to all emerging cyber-security threats particularly those emanating from use of devices which were never meant for military application and high thresholds of safety.

The biggest development came recently when in may Senator Chris Murphy moved an amendment to the 2020 National Defence Authorization Act to prohibit the purchase of all Chinese made drones and parts manufactured in China from military application in the US. Micheal Horowitz, associate professor of political science at University of Pennsylvania said: "The challenge is that the quadcopter market has generally been a consumer or commercial market, where the level of built-in security is not at the standards that the DoD would want."

Even civil society and industry trade groups are distancing themselves from Chinese suppliers, Cape, a California startup providing inter-alia remote viewing software for drone operators recently notified its clients - including local law enforcement - that they plan to drop support for DJI products.

The Shape Of Things To Come

What started as greater suspicion and scrutiny of China and other foreign adversaries which are perceived to be systematically challenging American power both within and without has now evolved into an industry and military-wide effort to secure more self-sufficiency in technologies critical for national security and global industrial pre-eminence.

Military and Pentagon officials are now worried that China's lead in UAS (partly due to export restrictions on the US economy which so restricted the target market for US producers that China was free to fill the void) and other mission-critical technologies require an urgent decoupling and reduced reliance on the Chinese manufacturers. Pentagon now plans to source UAS's domestically, “China is the No. 1 priority for this department, ” U.S. Defense Secretary Mark Esper was quoted as saying in an interview with Fox News further saying that Beijing had indulged in the  “greatest theft of intellectual property in human history.”

For this purpose Pentagon aims to organize a "Trusted Capital Marketplace", originally envisioned as an online portal to connect certified and approved investors with technology start-ups to ensure adequate safety protocols at all stages of the supply chain,It has since grown in its scope to be face-to-face networking events organized by the military to facilitate interaction between trusted investors and industry and trade representatives. Further in May news broke that the Department of Defence had chosen six designers globally to develop short-range reconnaissance aircraft for the US military - the list did not include DJI but did include DJI's biggest international competitor the French company Parrot (NASDAQ:PAOTF).

It is worth noting that ordinarily greater "national self-reliance" as opposed to liberal international trade is less economically efficient, however, concerns over the safety and resilience of the supply chain in a splintering international order and trading system changes the equation considerably. Chinese manufacturers will continue to innovate and try to find ways around these restrictions including local sourcing and manufacturing or joint ventures with US software companies to combine American software with cheap Chinese hardware to satisfy one of their most lucrative markets - the US Govt.