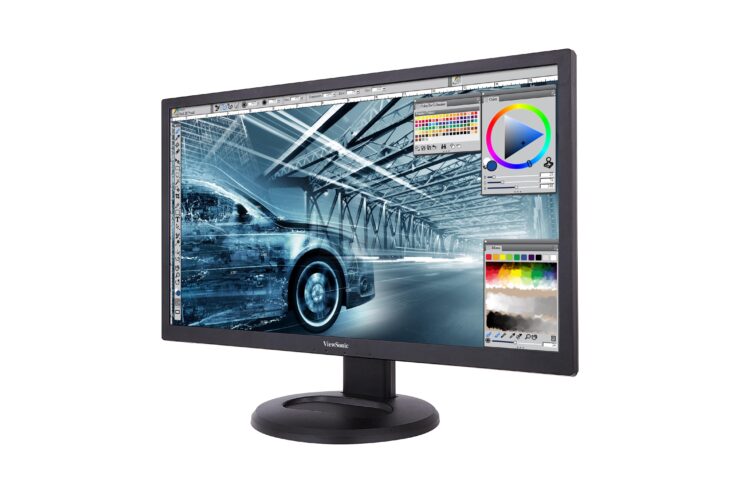 ViewSonic emerged from the shadow of relative obscurity at CES 2018 by announcing the release of its latest 8K resolution display, labeled the ViewSonic VP3278-8K. The 32-inch monitor has a resolution of 7,680 by 4,320 pixels, four times the resolution offered by a traditional 4K panel.

It also boasts of life-like color reproduction with a high level of accuracy, performance, and uniformity for consistent image reproduction. The display has been stated to run at 30Hz without compression and can be increased to 60Hz when Display Stream Compression is used.

One of the more noteworthy features of the panel is it's customizability, allowing users to color-calibrate it to their specification, a feature often used by professionals across many fields ranging from video-editors to fashion studios.

The connectivity options are not specified just yet, but we can expect top of the line stuff such as HDMI 2.1, which allows for support up to a whopping 10K resolution. It is likely that Viewsonic has used either a native DisplayPort 1.4 port or Intel's Titan Ridge Thunderbolt 3 chipset, which was recently unveiled by Intel some time ago.

The VP2768-4K is a 27-inch panel with a resolution of 3,840 by 2,160.  The monitor comes with support for Thunderbolt 3 connectors and makes full use of the vastly available bandwidth by allowing for a smooth 60Hz refresh rate.

The VP2768-4K, albeit not as powerful as it's 8K counterpart, still aims to provide more or less the same degree of color accuracy compared to its higher-end model. It also provides a wide color gamut and other connectivity options other than the aforementioned Thunderbolt 3 connector.

However, we're going to have to wait a bit before we can see these displays in action, as ViewSonic intends to ship the VP2768-4K monitor in the third quarter of 2018 at a hefty price tag of $900. The larger and higher-resolution VP3278-8K is scheduled to ship in the fourth quarter of this year and will cost a whopping $5,200.

Samsung Space Monitor – A Monitor For Any Angle!