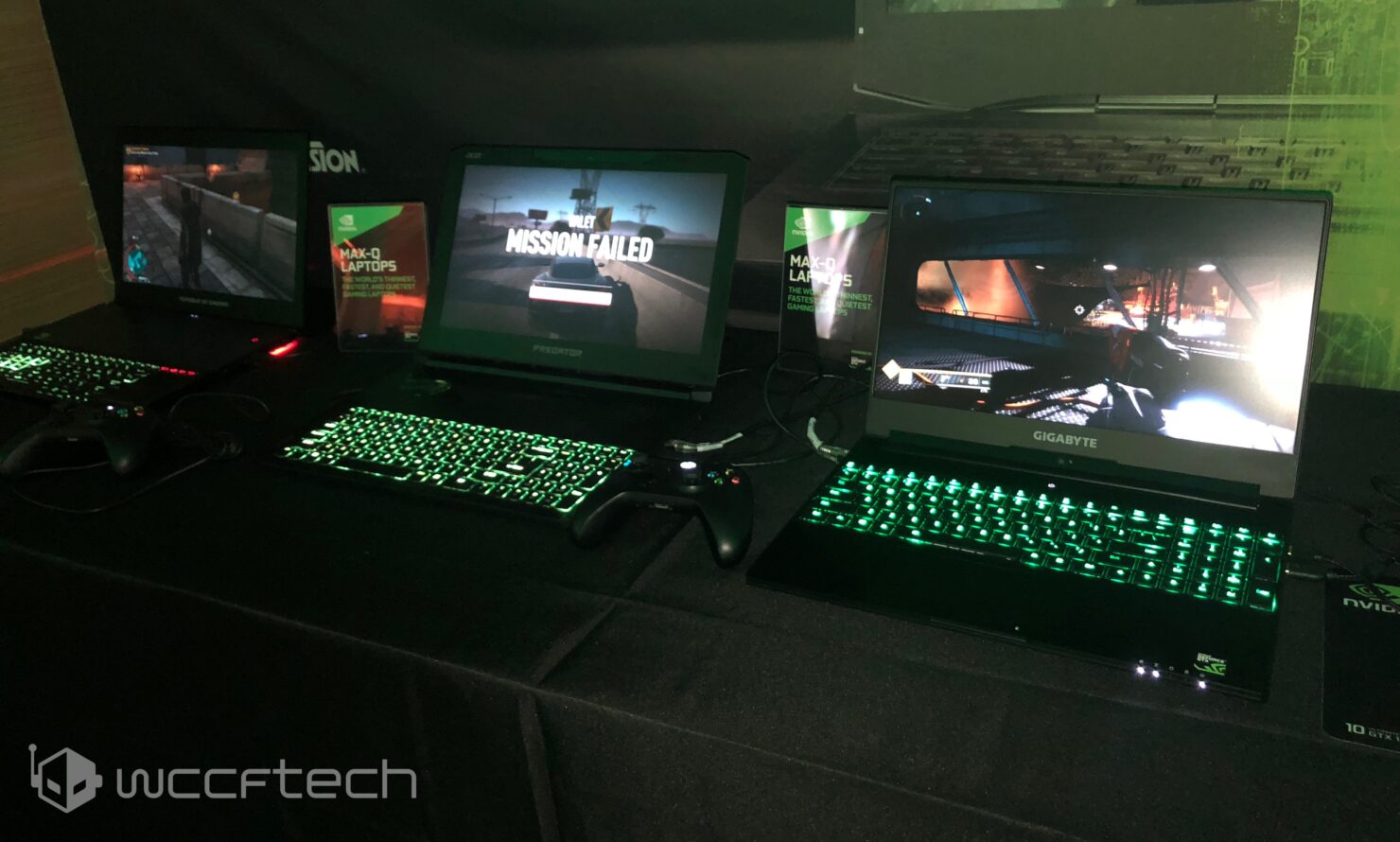 Day 2 of CES 2018 is in the bag with NVIDIA, ASUS, and Gigabyte.  We got cut short a couple stops due to the Las Vegas Convention Center losing power for about an hour.  We made lemonade out of lemons and got a chance to visit ASUS when we thought we wouldn't.

We spent some time visiting NVIDIA talking up the BFGD as well as some time with their newest releases regarding GeForce Now. We'll be visiting the topic of NVIDIA Freestyle after spending some time playing with it, think ANSEL in motion!

The star of the show at ASUS was definitely their Bezel Free kit for triple monitor gaming, it's got some pitfalls but still showing early promise.

Gigabyte is showing off a B250 motherboard aimed at miners supporting up to 12 GPUs and were more than happy to show off their upcoming X470 Gaming 7 WiFi, you're gonna want to see this thing!