Call of Duty: Warzone Gets a New Operator and Weapons, Modern Warfare Gets a 6v6 Map 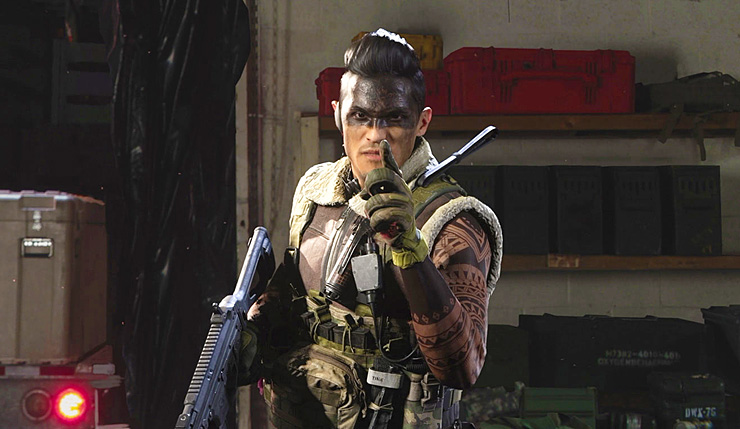 Call of Duty: Modern Warfare has just dropped an update, which includes new content for the free-to-play Warzone battle royale mode. The goodies include a series of additional weapons for Warzone, the Khandor Hideout 6v6 map for Modern Warfare, and a new Operator, Talon, who can be used in both Modern Warfare MP and Warzone. Before we go on, check out the new behind-the-scenes featurette for Call of Duty: Warzone, below.

A new Operator joins the Coalition – Talon. Talon comes alongside his fierce dog Indiana that’s also ready for combat. Indiana's skills are on display in Talon’s Finishing Move, one of many items in Talon’s bundle. The bundle also includes two Legendary weapon blueprints and two tier skips! Visit the Store this week and get the Talon bundle, available tomorrow, to jump into a Multiplayer match or drop into Warzone with this new Operator.

Four weapons - the 725, MK2 Carbine, .50 GS, and EBR-14 will be available in the world of Warzone. Find these armaments across Verdansk in both Common and Uncommon rarities, then take aim against your opponents. Each weapon comes with distinct strengths in its class, consider equipping them in loadouts to see how they match up on the battlefield.

Experience a new battleground with Khandor Hideout. This medium-sized map in Urzikistan supports 6v6 play and has long sight lines and interior spaces to complement diverse combat ranges. The large centrally located warehouse is a hub of activity and haven for CQB players. Hunt down your enemies and be wary of marksmen firing down lanes in Khandor Hideout. This new map is available tomorrow, so ready up to jump in and play.

Call of Duty: Modern Warfare and Warzone is out now on PC, Xbox One, and PS4. The new content is available now.