Call of Duty: Black Ops 3 has been updated to version 1.04 on the Xbox One and the PS4 and the PS3. This patch mainly improves the multiplayer experience, but it also adds micro-transactions into the game. 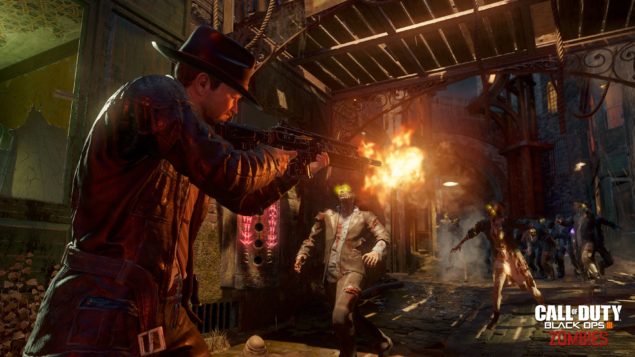 Black Ops 3 patch 1.04 adds micro-transactions and an in-game store, among other things.

This isn't quite like the most recent game to join the micro-transaction party, but more follows in the footsteps of other popular competitive shooters, such as CS:GO with a market-place to buy in-game pieces of flair that are mostly entirely optional. Activision is calling this the Black Market, and there are a number of knives debuting, as well as other weapon skins, camo, taunts and other non-pay-2-win upgrades. This is a way to monetize a game without taking the emphasis off of skill or experience. All items can be obtained by playing the game, no purchase is necessary.

But just in case you need to have a knife that someone else doesn't or you want more Liquid Divinium to face off against those hordes of zombies, you can buy those with Call of Duty Points, which is a completely optional virtual currency.

Just in case you were skeptical, if you log-in to Black Ops 3 now, for a limited time, you'll get a free one-time gift of 200 Call of Duty Points to be used in Black Ops 3. Just don't spend it all in one place. And certainly don't go gambling your weapons away.

The main patch-notes are listed below for you to peruse.