OTOY has released an update video of its Brigade Engine, shown at GTC 2015 during Nvidia's presentation. It demonstrates the future lighting system in video games. 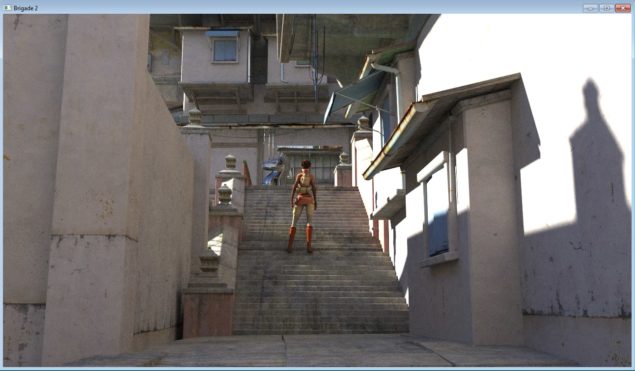 Brigade uses path tracing, which is an extension to the ray tracing algorithm capable of producing photo-realistic images. It simulates many light paths per pixel, and takes the average value to calculate the final color of each pixel. Whenever a ray hits a surface, a new ray is traced from that hitpoint in a random direction until the max path depth is reached or until a Russian roulette-like mechanism kills the ray. This way, path tracing is able to produce effects like diffuse color bleeding, glossy (blurry) reflections, soft shadows, real area lights, true depth of field, and much more… 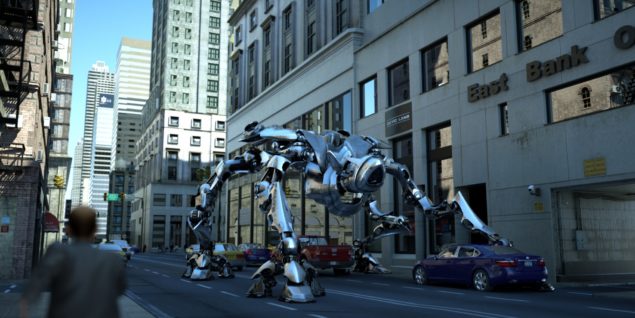 Brigade use NVIDIA and AMD hardware to do path tracing on the GPU. All rendering kernels are fine-tuned for every card to give maximum performance combined with special scene-graph optimizations that are unique to Brigade, allows us to bring real-time path tracing to video games. Instancing is one of the most powerful features of Brigade. It allows you to instance any kind of mesh you want. (Trees, grass, cars for heavy traffic in cities, etc…) It’s up to you ! Performance wise, each instance is the same loss as rendering one single triangle. Because Brigade uses a very specific custom acceleration structure, It can create multi-million or even billion polygons scenes without a sweat. Brigade also supports animation for bones (with skinning), cameras, objects & more using COLLADA files.

Rich post-effect pipeline including high-quality bloom, white balance, color grading, saturation/contrast, bleach bypass, noise reduction filters and more… Brigade has everything you need to set the mood & recreate the imperfections of a camera lens. Brigade supports HDRI lighting and contains a customizable physical sky. HDRI can cast soft shadows if they contain any bright light source. The physical sky is doing atmospheric scattering depending on multiple factors like the sun position. Using a complex BRDF, Brigade is capable of creating any kind of material possible using a “mega-material”. Anything you want is possible using our very flexible material pipeline. Change the IOR, glossiness and the reflection of the material in real-time. 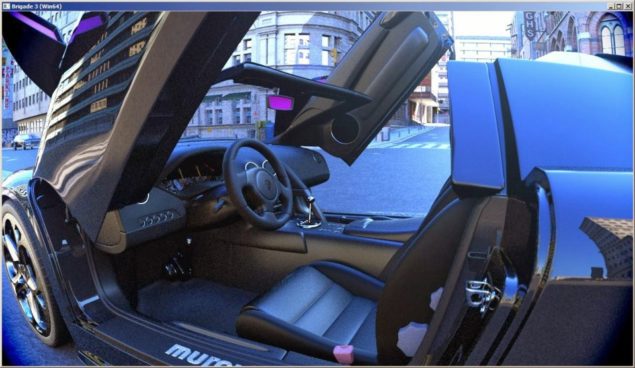 It certainly is quite impressive. Whether we are going to see this implemented in games is questionable, but it would definitely be incredible if it was. Using the latest PC hardware could provide the horsepower to do so, but due to a multi-platform development environment for most developers, it could be quite unlikely for some time.

We will bring you more information regarding Brigade, as soon as we get it.