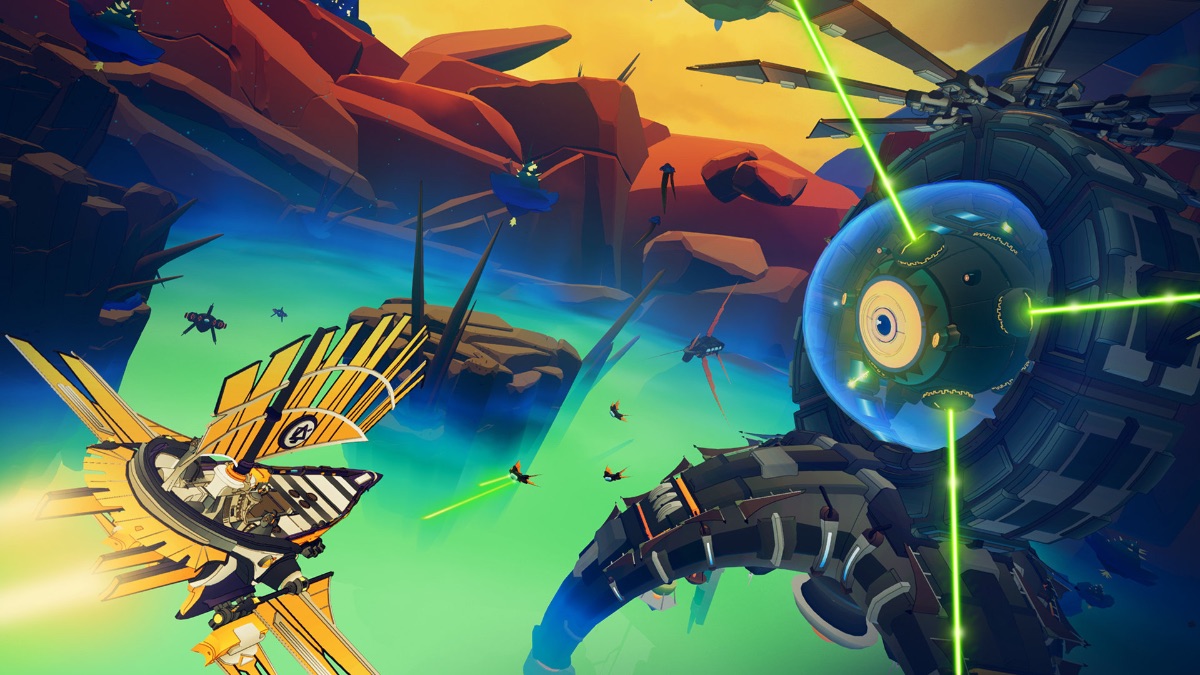 If you're like me, you don't really use the future-specs that are PSVR, HTC Vive or Oculus Rift very much. It could be the case that you don't use them at all and you'd prefer a game to release on the stone-age technology that is a screen. For fans of a rogue-like, sky-pirate action game, in this case Bow to Blood: Last Captain Standing, this is be the perfect time for you.

Why? Developers Tribetoy are releasing Bow to Blood, originally a very well received PSVR exclusive, in the whole non-vr format and on multiple different platforms. These platforms being the PC, Xbox One and Nintendo Switch. Technically also the PS4, as the original Bow to Blood will be completely updated with all of the features of this new version.

Bow to Blood certainly looks like a colourful, entertaining affair. Every playthrough acts as a 'season' of the in-game reality tv show. In this you'll be forced to fend of hordes of enemies, manage your crew and sky-ship and also work with, or against, other competitors in the show. Despite this, Bow to Blood: Last Captain Standing is actually a single player game.

There are other community features within the game, particularly the audience participation mode, which allowed a number of people to directly impact your playthrough from their phones or PC. In this, they can cause more enemies to spawn, drop ammo or supplies or even more. This is a feature that definitely needs to be brought over to the new non-VR version of the game.

The confirmed new features are a whole new hard mode, new ships, non-VR gameplay and improvements to the art style to increase visual fidelity. The PC version of the game will also have VR support for both the HTC Vive and Oculus Rift.

Bow to Blood: Last Captain Standing is a single-player action-strategy roguelike in which you’ll oversee a flying airship in a multi-stage competition being broadcast as a deadly reality TV show. You’ll have to use keep your wits about you, as you manage your ragtag crew to keep your vessel afloat, fend off incoming attackers, gather resources, and search for treasure. Like any good reality show, forging temporary alliances is the name of the game, as players team up with NPCs to conspire against the most dominant threats. Just be aware that there’s little honor among sky pirates and only one captain will be crowned victorious.

One of the more intriguing features for me is the fact that Bow to Blood also contains a sort of Ready Player One treasure hunt. Reportedly, the game features a hidden treasure that, if found, will 'immortalise the player forever' within the game. How this will be done is another question altogether, though we know that nobody has yet found the treasure from when the game was released a little over five months ago.

Bow to Blood: Last Captain Standing is scheduled to be released on the PC, PlayStation 4, Xbox One and Nintendo Switch sometime in April.