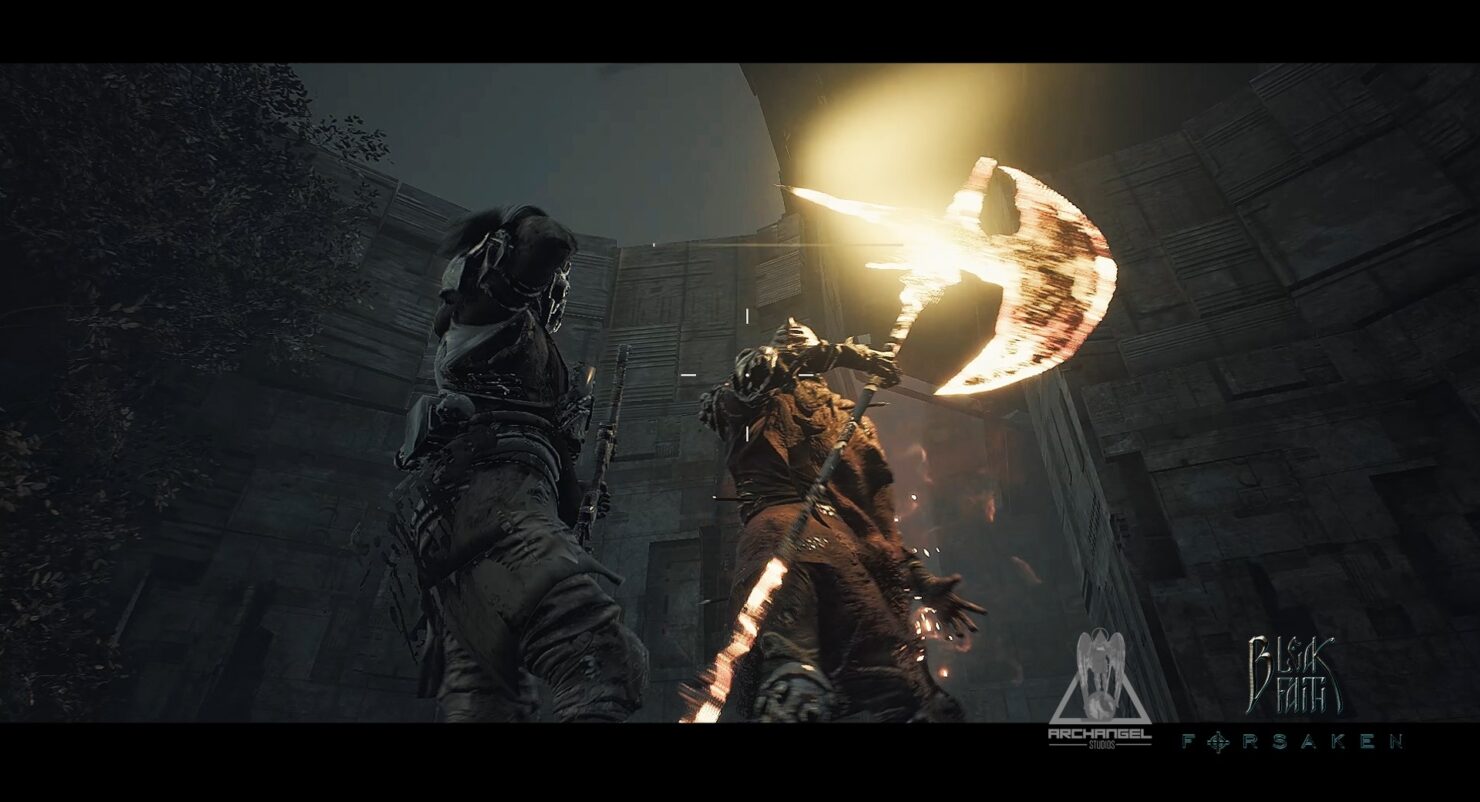 Bleak Faith is an interesting indie project that's currently seeking funds on Kickstarter. Described by the two-man development team as a brutal open world survival horror action RPG, it seems to be clearly inspired by the likes of the Souls franchise as well as Bloodborne and Sekiro: Shadows Die Twice.

The crowdfunding campaign is currently sitting at 71% with 10 days left, which means it should be ultimately successful. The estimated release date of Bleak Faith is Q4 2019 on Steam Early Access for PC; the developers are also evaluating consoles such as PlayStation 4 and Xbox One, though they'd come at a later date.

The architecture of the world, the Omnistructure, is a huge aspect of the game. Meticulously designed and crafted, Bleak Faith aims to provide an emergent narrative method coupled with more structured traditional moments. The world of Bleak Faith is  labyrinthine, tapping into an innate curious instinct we all have when faced with many defined branching choices - we focus on creating a strong sense of curiosity about the path not taken, by offering unique and compelling content in every area of the world - having said that the world employs both vast open areas, and more linear openness in Metroidvania fashion. The aim is to evoke that same feeling of wonder and excitement that you felt the first time you played a game, the first time you experienced 3D graphics, the first time you experienced something that felt formative and not habitual. Open world in Bleak Faith is a crucial aspect to showing you the reality of the Forsaken. In this world there are few havens for the Forsaken, and these are generally outposts which serve as bases (of various complexities and utility) to recover from journeys and prepare for more - however, nowhere is truly safe!

Expect tight and meticulously crafted and expanded combat that brings tempo and action to this world in amazing quality and detail. We're not shying away from a challenge, and so we're going all in. Despite being a small team, we couldn't accept a simple mundane combat system; we are making it fleshed out, and very robust. The combat communicates the danger in adrenaline-pumping fashion. Fast, responsive, and unforgiving - you will earn and feel every victory, nothing comes easy. Approach combat in your own way however - choose stealth over face-to-face combat, choose ranged over melee, choose Technomancy over more traditional combat styles. The system allows you to express yourself through combat, or through avoiding it - and that's further supported through a class system as well.

How better to experience the unyielding uncertainty of the Omnistructure than through a simulated ecosystem of factions and AI groups. In Bleak Faith, inhabitants of the Omnistructure will compete among themselves, grow and expand, change and adapt - the food chain in the ecosystem will, as a result, mold to every playthrough (e.g. an apex predator from your last playthrough might have already died out in this playthrough and you never fight it again). It's a constant race against time as enemies will try and outgrow and outsmart not only you, but other competition. Hunt, scavenge, and grow to stay on top of the food chain. Never experience an area the same way as the procedural nature of the ecosystem will ensure that you can never let your guard down. Having said that, there are still linear areas of the game, especially those that cover main plot points - to ensure a direction and purpose for the player. The ecosystem makes every moment of gameplay interesting and engaging - even on multiple playthroughs.

Fight against the odds, and stay alive despite the Omnistructure's evergrowing threat. Craft, scavenge, hunt, and find ways to excel. Pick a class, upgrade stats, augment your character, create equipment and stay healthy. Resist the Puppet Plague, and the many afflictions present in the world which can change the outcome of your journey entirely. Use stealth and your environment to your advantage - fighting is not always the best course of action, and when it is, preparing the field to shift the odds in your favor is a necessary tactic.