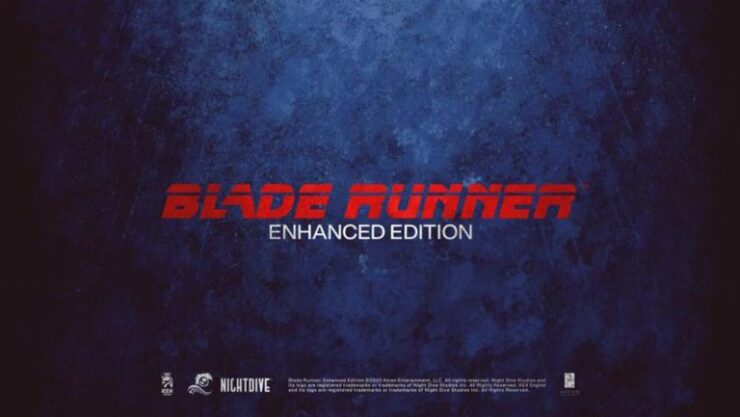 An enhanced version of the 1997 classic Blade Runner, Blade Runner Enhanced, is coming to Nintendo Switch, PlayStation 4, Xbox One and Steam later this year.

Production company Alcon Entertainment and development studio Nightdive Studios have partnered up to bring a polished and premium restoration of the title to consoles and PC. Originally developed by Command and Conquer studio, Westwood, the point-and-click adventure follows detective Ray McCoy as he hunts down renegade replicants in an alternate version of 2019 Los Angeles.

Interesing to note is that the original source code for the game was lost when the now-defunct Westwood Studios moved to Los Angeles in 2003 as part of the merger with Electronic Arts. Reverse-engineering was used to restore the code and bring the title to consoles.

"It's true that the original Blade Runner source code was lost," says Larry Kuperman, head of business development at Nightdive. "We painstakingly reverse-engineered the code, importing it into our own KEX engine, a powerful tool that allows us to do console ports of classic titles, even in the face of quite challenging situations."

"Blade Runner is still a jaw-dropping achievement on every level, so while we’re using KEX to upgrade the graphics and respectfully elevate the gaming experience in a way you’ve never seen before, we’re still preserving Westwood’s vision and gameplay in all its glory,” says Nightdive CEO Stephen Kick. “While you can enjoy the benefits of playing the game on modern hardware, the game should look and feel not as it was, but as glorious as you remember it being.”

Blade Runner Enhanced is expected to release for PC (via Steam) and consoles later this year.