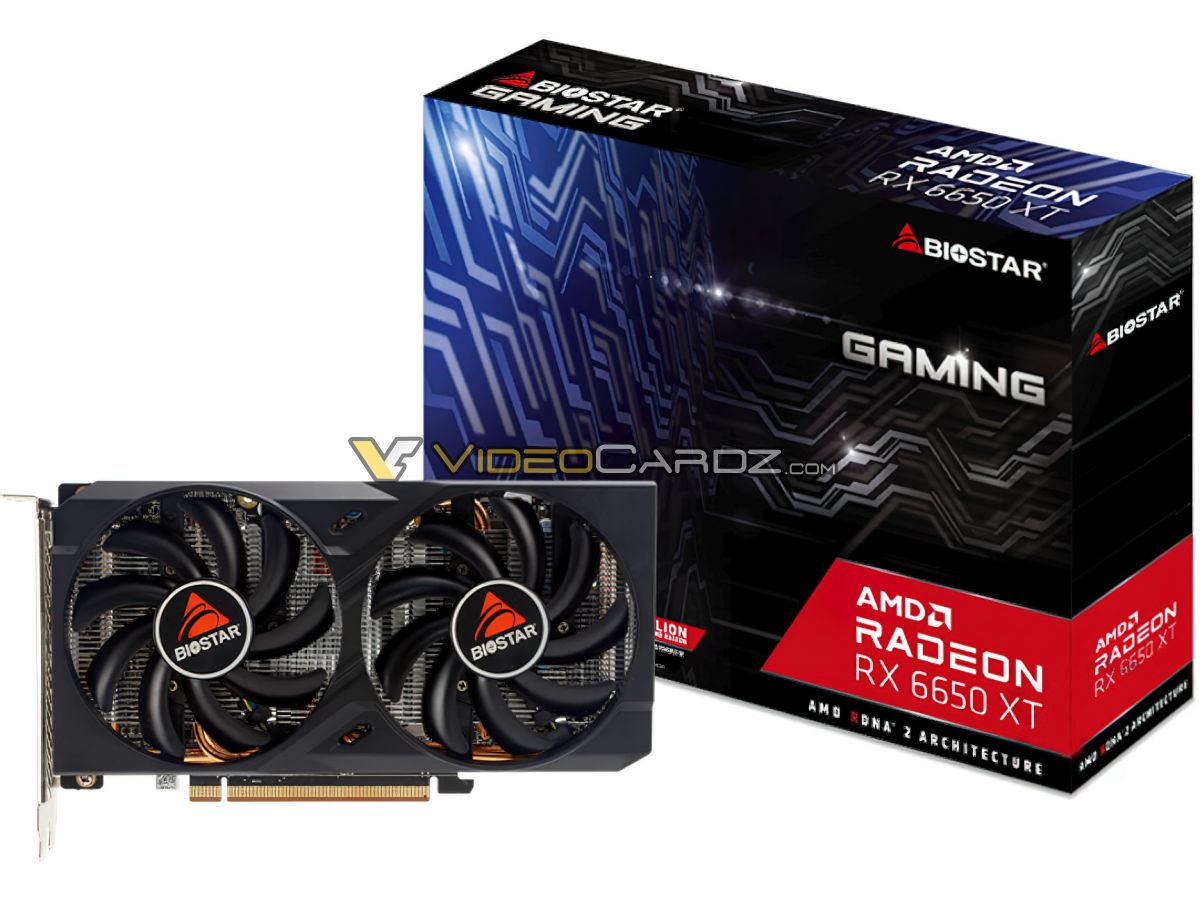 After ASUS, ASRock, and PowerColor, Biostar's Radeon RX 6750 XT & RX 6650 XT graphics cards have leaked online too. Biostar is considering a dual-fan option for their AMD RX 6750 XT model, whereas, in the past, they have added three fans to the Extreme line, such as the AMD RX 6700 XT Extreme model. Biostar may focus this card on gamers and users looking to save some money on a decent graphics card that may be more entry-level than previous models.

The most significant concern for Biostar's newest AMD RX 6750 XT release is that we know the AMD model has a higher TDP than prior models (it sits at 250W power consumption). It also will have a Navi 22-based graphics processor, utilizing 2560 Stream Processors, and Biostar will ship its version with 12GB of GDDR6 memory and a base clock at 18 GBps. They have a dual-fan design instead of a triple-fan setup, which can concern users. Biostar may be considering the card will not require a higher amount of power for the cards.

However, the AMD RX 6650 XT model will receive an updated cooling technology, including an aesthetically pleasing shiny covering and a significantly larger heatsink — an improvement from the previous AMD RX 6600 XT aluminum block design. The graphics card will be based on the Navi 23 graphics card technology, offering 2048 Stream Processors but limited by the Typical Board Power, or TBP, of 180W. It is planned to ship with memory transmitting 17.5 Gbps, which is different from the 6750 XT and 6950 XT models.

The official launch date for the new next-gen AMD graphics cards is set to release on May 10, 2022. The company is quoted stating that they are already changing focus to their more recent technology and focusing on more advanced products in the coming few years. The three graphics cards will be the last in the series of RDNA2 technology, while the company will switch to RDNA3 technology.