The Beelink T4 is on a flash sale for the low price of $119.99, there is a coupon code of GBCN85T4, which would lower the cost down even further to $98.99. I did try to enter it but there was no spot to enter in a promo code, that might be because of the flash sale. This amazingly low priced computer comes with an Intel Atom x5 - Z8500 and runs the monitors with the Intel HD graphics 600. This PC has only 4GB of RAM, which is lower than the usually recommended RAM amount of 8GB and has 64GB of eMMC internal storage.

Unfortunately, it is a sealed chassis which means no upgrading any internal aspect of this PC without breaking open the chassis. Although the chassis does offer a fair number of ports 2 USB 3.0 on the front along with the 3.5mm headphone jack, 1 USB 2.0 on the back alongside with ports for HDMI 2.0 output, DisplayPort, Ethernet port, for the Gigabyte ethernet connection the RJ-45 port offers, and the DC input. 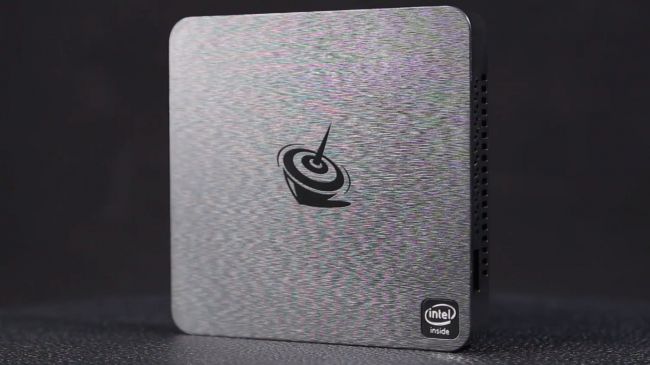 The Beelink T4 is a fan-less Mini PC, because of the lower-powered CPU of Intel Atom X5 - Z8500 only taking 2w to power the CPU, the base clock of this processor is 1.44GHz with a burst clock speed to 2.24 GHz. Since this PC has no fans at all, the noise of the PC is very minimal to almost non-existent.

The use case of this PC is stated as able to 4K HDMI and 2K DisplayPort at the same time, while the Intel HD graphics 600 is able to run a 4K HDMI with videos running at 4K, the Intel HD graphics 600 wouldn't be able to run a dual display of 4K and 2K monitors, I would say this Mini PC would be used to make a normal LCD screen a smart PC, or as a thin business PC client.