Be Quiet! Shows New Cases and Coolers at Computex 2018 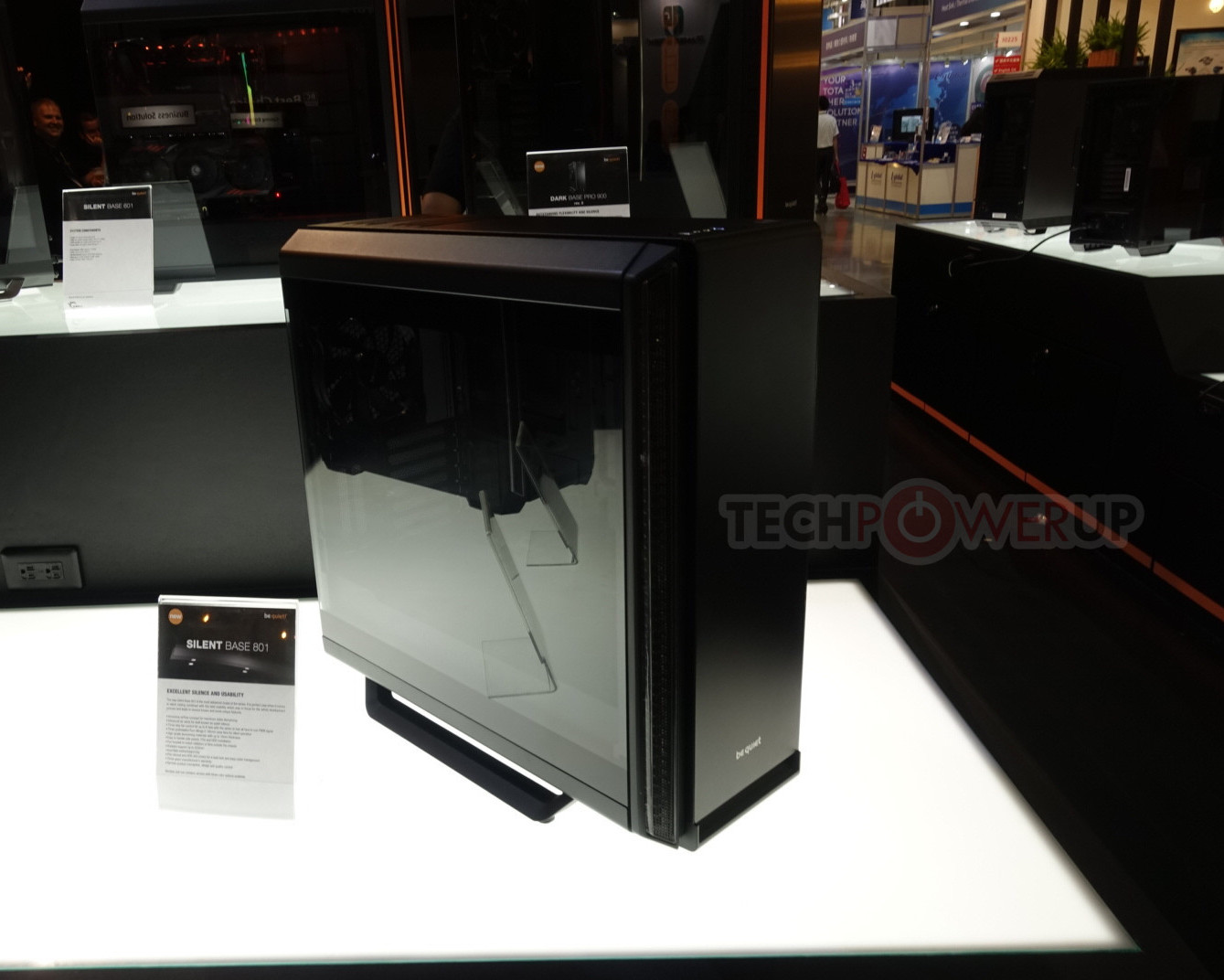 Be Quiet! New Cases And Cooling On Full Display

The Silent Base 601 and Silent Base 801 are both on a metal chassis, come in windowed and non-windowed versions available with different highlighting colors on each case's front panel for color coordination. The intake air vents are in the front are angled and support Silent Bases' near-quiet operation, along with highly-graded dampening materials with up to 10 millimeters thickness on the panels the kind of precision Germans are known for. Up to three preinstalled Pure Wings 2 140mm PWM fans efficiently ensure PC cooling, while a PSU shroud and HDD slot covers add a clean interior look. Out of the box, Silent Base 601 can take up to three HDDs or six SSDs, while the slightly larger Silent Base 801 supports up to five HDDs or eleven SSDs.

The Dark Base Pro 900 Revision 2 be quiet!'s flagship PC case is updated to emphasize its pole position in the modular and silent full tower case segment. All original Dark Base Pro 900's key features are kept intact, including the highly versatile and invertible interior layout, three preinstalled Silent Wings 3 PWM fans, a noise reducing airflow concept, and compatibility with most high-end components on the market. The top and bottom of the large side panel window are painted black in the new version to hide screw holes underneath.

One new feature is the highly requested PSU shroud that hides cables and drives and is invertible along with the motherboard tray. The power supply cover also offers additional mounting options for an SSD, while the fan controller now supports up to eight PWM fans, offering both silent and performance modes, much like the Dark Base 700. To help customers strike a balance between silence and performance, Silent Wings 3 fan speeds are increased from 1,000 to 1,600 RPM. Also, Dark Base Pro 900 rev. 2's included LED strips are now 12V, improving compatibility with popular RGB LED ecosystems. They have also added a PSU shroud to hide cables and drives out of sight, it offers additional mounting options for SSDs something you have seen on cases with PSU Shrouds/Chambered designs before. Finally it features a PWM fan controller that supports up to 8 fans. It will be available in July.

The Be Quiet! Dark Rock Pro TR4 Dual Tower cooler which is basically a redesigned Dark Rock Pro4 specifically for Threadripper, has a large copper base which gives full coverage to the TR4 socket CPUs heatspreader. It features two Silent Wings PWM fans as well. This product will be released in Q4 of 2018 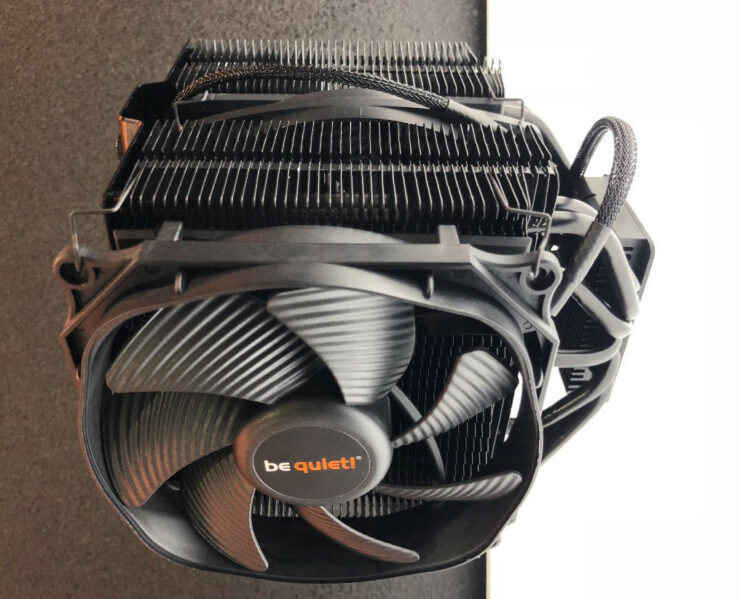 The second-generation Shadow Wings fan is the most silent be quiet! fan in the company's portfolio, arming PC enthusiasts who strive towards absolute system silence. Shadow Wings 2's airflow-optimized fan blades and the high-grade rifle bearing ensure incredibly silent operation at a low maximum speed. Built with a rubberized fan frame and rubber pads in each corner, vibration and noise transfer to the chassis frame is kept at minimum. 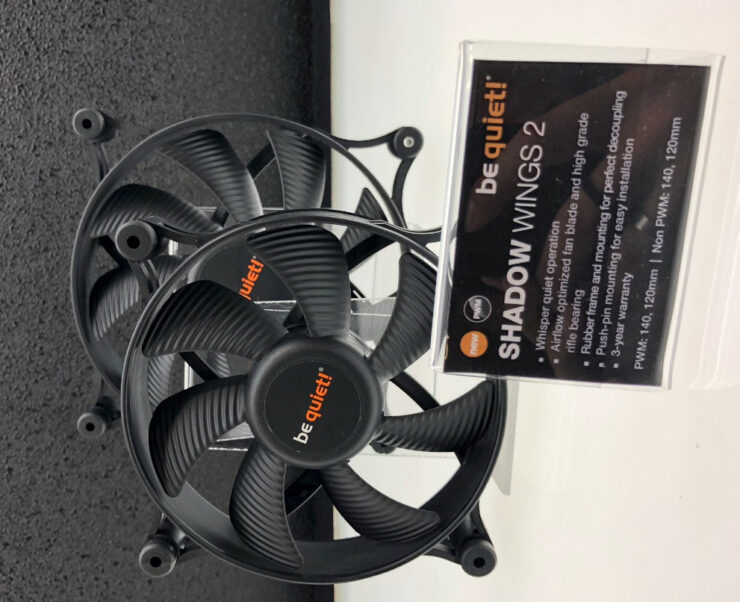 Installation is simplified thanks to a push-pin system. Shadow Wings 2 will be available with diameters of 120 and 140 millimeters, and a choice between PWM or 3-pin versions, from the fourth quarter of 2018.