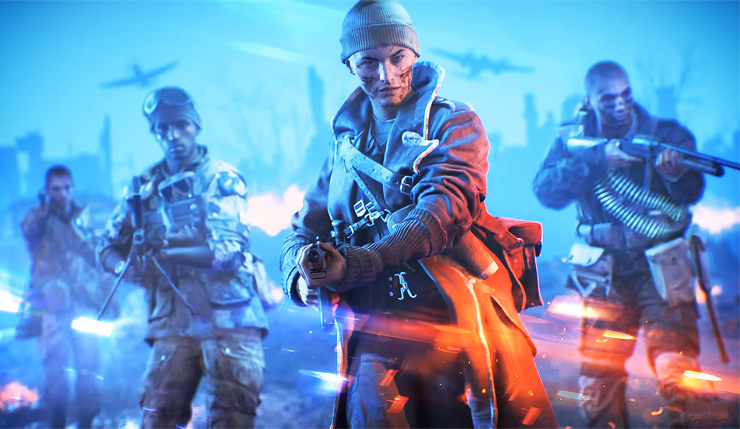 REPORT: According to the official #Battlefield website, the co-op mode for #Battlefield V (Combined Arms) is coming after launch https://t.co/LUQwxYiIzW ? pic.twitter.com/H8ylY9I9ju

Combined Arms is Battlefield V’s new co-op experience for up to four players. The mode is being designed for a wide range of skill levels, with experienced players tackling the dangerous stuff, while newbies play more of a support role. Battlefield V creative director Lars Gustavsson explained the philosophy behind Combined Arms.

“Every now and then we do hear that, for new players, this can be an extremely daunting experience — almost overwhelming. To get in there, into that creative, all-out war sandbox can be challenging. Isn’t there something more focused, a bit more intimate, almost, yet social, that I can do within Battlefield that fits me and my friends?

This experience is really what we want friends to have together, and in that, we have a new system called the mission generator. It creates dynamic objectives and narratives in order to constantly keep that cooperative experience feeling fresh and challenging.”

Combined Arms sounded like one of Battlefield V’s most promising new features, so it’s pretty disappointing to hear it won’t be available at launch. Combined Arms joins several other features, including battle royale mode and vehicle customization, that players will have to wait for. At one point, it seemed like Battlefield V’s Grand Operations had also been delayed, but EA later promised they’d be available at launch. Definitely seems like EA and DICE are scrambling to get this one out.