Free Batman Arkham Collection on the Epic Games Store; Get Metro 2033 Redux for Free Next Week 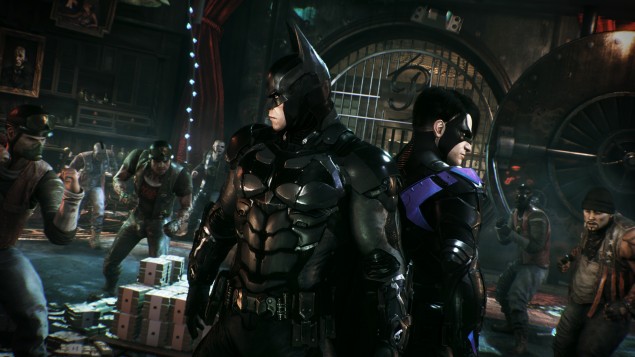 Epic Games has announced that the Batman Arkham Collection is now available for PC players for free on the Epic Game Store.

Experience what it’s like to be Batman and face off against Gotham's greatest villians. Explore every inch of Arkham Asylum and roam freely on the infamous island.

Batman: Arkham City builds upon the intense, atmospheric foundation of Batman: Arkham Asylum, sending players flying through the expansive Arkham City - five times larger than the game world in Batman: Arkham Asylum - the new maximum security "home" for all of Gotham City's thugs, gangsters and insane criminal masterminds. Featuring an incredible Rogues Gallery of Gotham City's most dangerous criminals including Catwoman, The Joker, The Riddler, Two-Face, Harley Quinn, The Penguin, Mr. Freeze and many others, the game allows players to genuinely experience what it feels like to be The Dark Knight delivering justice on the streets of Gotham City.

So head over to the Epic Game Store and acquire your free copies right now.

In other free games news – Epic will be making Metro 2033 Redux available for free next week. This game includes both the original Metro 2033 and its sequel from 2013, Metro Last Light. This is another solid release that fans should grab while it's free on the Epic Game Store.