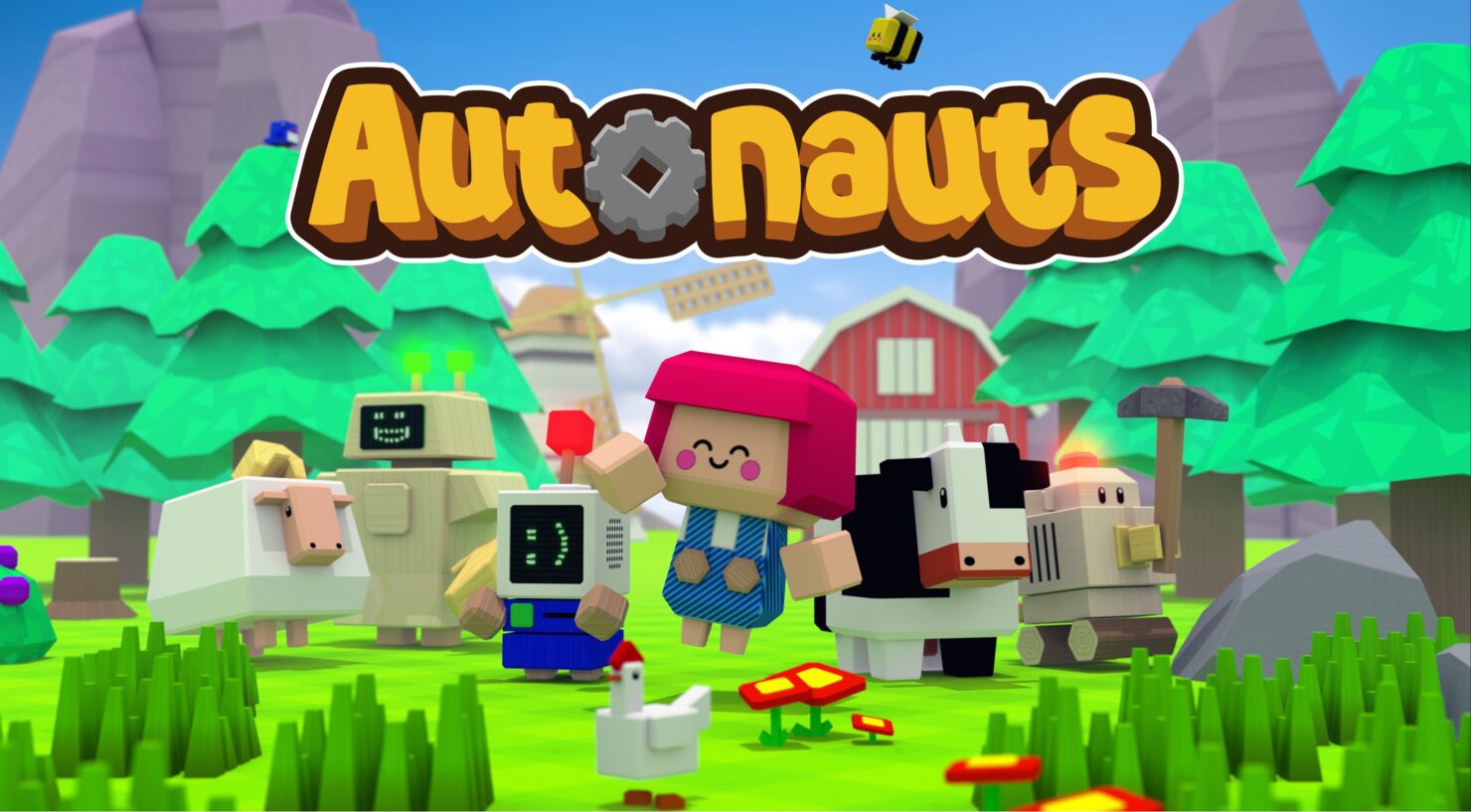 Have you ever wondered how the real robot apocalypse began in films like Terminator? Maybe you've long questioned what led to the robots taking charge in The Matrix, leading humans into living below the surface of the earth in Zion. Well, you needn't look any further, the end of the world is (probably not) nigh in Autonauts, a game where you will develop, program and enhance the robots that do quite literally everything.

One thing I should point out is that Autonauts caught my eye, becoming a must-see at Gamescom when I saw its trailer. This same trailer I'll include towards the end of this piece, just so you can experience the same lovely song like everybody else who watches it. Denki, the developers, could get some sort of cult started here.

So, I may be misrepresenting Autonauts just a little bit. You don't have to really worry about creating the new Skynet or Machines (Really Wachowski's, couldn't you give them a name?) because the robots you create here, as quite technically in-depth as they can get, are all very friendly. Indeed, you are the one who created them for the sole purpose of looking after the colonists of wherever you are. Why they couldn't help I don't know, personally I think I'd be programming the robots to enslave the idle buggers.

I digress. So yes, the aim of Autonauts is essentially the same as any village-style builder. Build a village. You start off with one character here though, chopping down trees, building benches - it's all sounding a little familiar, isn't it? Well, fortunately after a short time you'll be building a machine that lets you pop in resources to build robots. These robots can then be programmed by you simply performing an action in front of them. They'll then do whatever you've told them to do.

Now, there are limitations of course. Much like computers as we've had them in the world now, memory is an issue. You think of the development of anything using computing power in the real world, with huge jumps from bytes to kilobytes, megabytes and even higher. In Autonauts, your first robots will have the memory to remember and perform a few motions at best. As with any game of the genre, you'll be able to advance these as you go along, increasing the number of tasks you can script.

All of these tasks go into creating huge production chains to make everything from other robots to clothing, food, building materials and more. This all builds towards supporting the incredibly idle colonists I mentioned earlier. You'll see them, lounging around, waiting for the robots to do all the hard work for their benefit. This isn't to say they aren't thankful though, because for every met need for the colonists is rewarded with love, the currency of the game, which can then be used to research new technology.

More than just advancing technology through love, the game will also feature different ages/eras, each of them featuring their own challenges and technologies. Naturally, a game like this has to have a challenge within it though, in a nice twist, the game doesn't want to rely on combat or violence to give you this challenge. No, the challenge is to set up these production chains, to meet the needs of the colonists and to manage the system when things break down. I do believe you can program a repair-bot if the breakdown is an actual robot.

You'll be able to differentiate the robots by more than just the task they do in Autonauts, giving them names, grouping them up together based on whatever criteria you like and, best of all, you can customise their appearances. Want a Dalek? Sure thing. WALL-E? Why not. They aren't exactly these, but the inspirations are pretty clear. It all looks lovely as well, being very colourful and blocky.

Should you want to try Autonauts out right now, which I would most certainly recommend, you can jump onto their itch.io page and give it a download. This is essentially a free-roam version of the upcoming full release on Steam. On the itch.io version, you won't find any structure, the three game types or many of the intricacies within the full release. This very same release that is coming to the PC later this year.