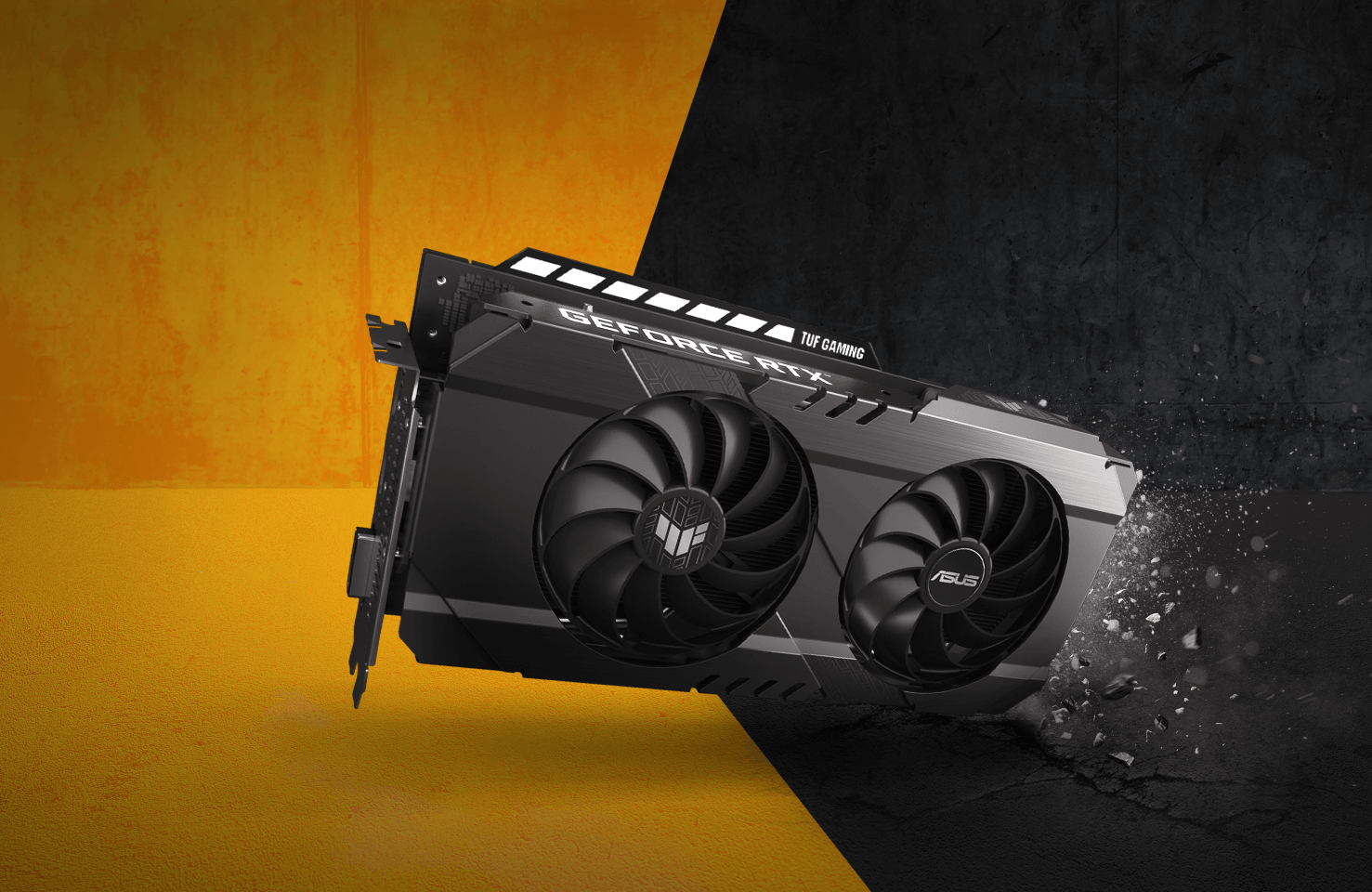 ASUS has launched a new variant of its TUF Gaming cooling solution for their GeForce RTX 3050 series graphics cards. This new design features a dual-fan cooling solution and will bring in more affordable pricing versus the top ROG STRIX variant which features a triple-fan solution.

While ROG STRIX will remain the top dog of ASUS's lineup, the TUF Gaming series is known for offering a better value with good looks and a nice balance of high-quality materials. The ASUS gaming graphics cards are composed of the ROG STRIX, TUF Gaming, Phoenix & Dual variants.

The new model from ASUS is the GeForce RTX 3050 TUF Gaming which features the same base specifications of the graphics card, rocking the GA106 GPU with 2560 cores, 8 GB GDDR6 memory, a 128-bit wide bus interface, and 224 GB/s bandwidth. The card comes in both overclock and non-overclock flavors, rocking up to 1845 MHz boost clocks that can be further boosted to 1875 MHz with the GPU Tweak software. The standard model comes with a 1770 MHz boost clock that can be upped to 1807 MHz.

As for the design, the graphics card comes in a 2.8 slot design which is quite the high-end design for an entry-tier card such as the GeForce RTX 3050. ASUS TUF Gaming series rocks a cooler that is equipped with a brushed grey look, featuring a dual-fan cooler and a nice backplate. The shroud is further complemented with an RGB accent plate that's visible on both the front and back. Display outputs include dual HDMI and triple DisplayPorts.

ASUS also launched its dual-fan with Axial-tech TUF Gaming solution on the Radeon RX 6500 XT but it was a 2.5 slot design and a slightly shorter variant than the GeForce RTX 3050 TUF Gaming. Both cards are powered by a single 8-pin power connector.

There's no word on the pricing or availability of the ASUS GeForce RTX 3050 TUF Gaming graphics cards but it is expected to be available later this month and we can expect pricing slightly lower than the ROG STRIX parts.