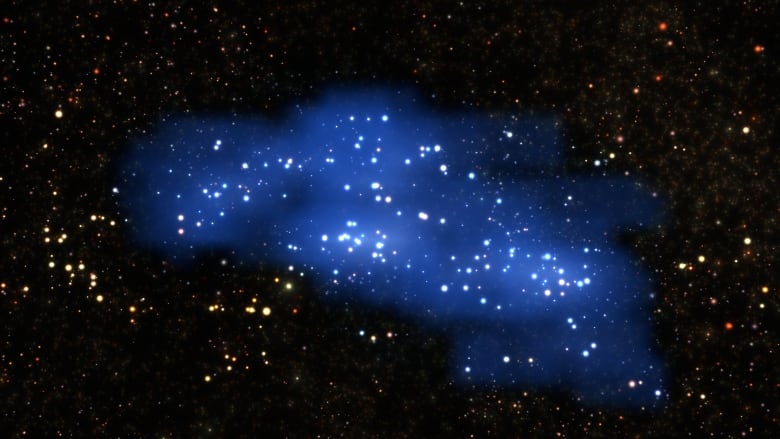 Using the European Southern Observatory's Very Large Telescope, a team of astronomers have uncovered the largest structure ever found in the early universe (inb4 'yo mama') The structure is a collection of thousands of galaxies, aka a supercluster. Astronomers are referring to it as a proto-supercluster as they're still in infancy. The galaxies will become more centralised as they are bound by gravity over a few billion years.

What sets this particular proto-supercluster apart from the rest is the fact that it predates every one by about three million years. Additionally, this is the biggest structure ever found in the early universe so far. It is estimated that the entire system weighs more than one million billion times the weight of our sun. The proto-supercluster has been named Hyperion.

Hyperion is not first proto-cluster to be discovered this year

Earlier this year, a proto-cluster was discovered in the same region by a team of researchers. Dubbed as Colossus, the 14 young galaxies were forming stars as much as 1,000 times faster than in our own Milky Way galaxy. At the time, researchers stated that it would likely become part of the most massive structure in our universe. Today, it was revealed that Colossus was a part of its much bigger cousin; Hyperion.

The universe is packed with clusters and superclusters of galaxies that can hold hundreds to thousands of individual galaxies. It is impossible to say for certain how many galaxies are contained in the proto-supercluster, but it's a lot. This discovery is important because it helps cosmologists the early stages of our universe better. 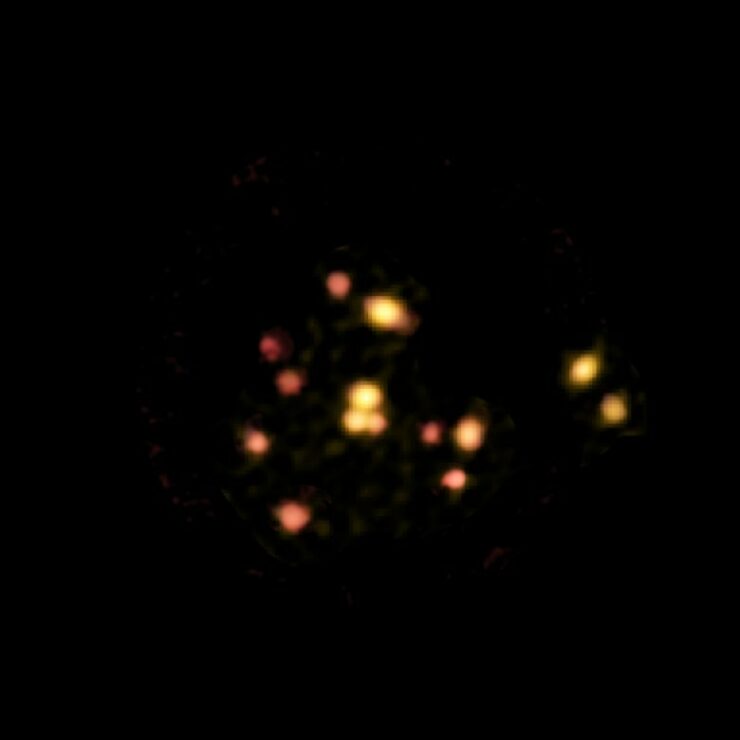 "Thanks to theory, we can infer some sort of evolution of the early universe. We have models that we infer how the evolution of the universe started," said Olga Cucciati of the Istituto Nazionale di Astrofisica (INAF) in Bologna, Italy, who is also the lead author of the study published on Wednesday in the journal Astronomy & Astrophysics. She further added:

If we can say, hey look, you people who prepare these models, you have to put in your models that at this epoch there was a structure as evolved as this one, this will help them adjust and fine-tune another [model] to fit with our observations. This is a structure that contains several thousands of galaxies, if not several tens of thousands. It's huge.

The unfortunate thing is we could see only a small fraction of the galaxies in any cluster, supercluster or proto-cluster. Let's take a look at why that is the case. Dark matter is matter that we cannot observe but know exists due to how it interacts with visible matter. It makes 68 per cent of the universe, with dark energy at about 27 per cent.  What we see in the visible universe is only 5 per cent of what is out there. The Hyperion proto-cluster tells astronomers about dark matter at an extremely young time in the universe's history. We know very little about dark matter at the moment and studying its behaviour during the early stages of the universe may help us understand it better.