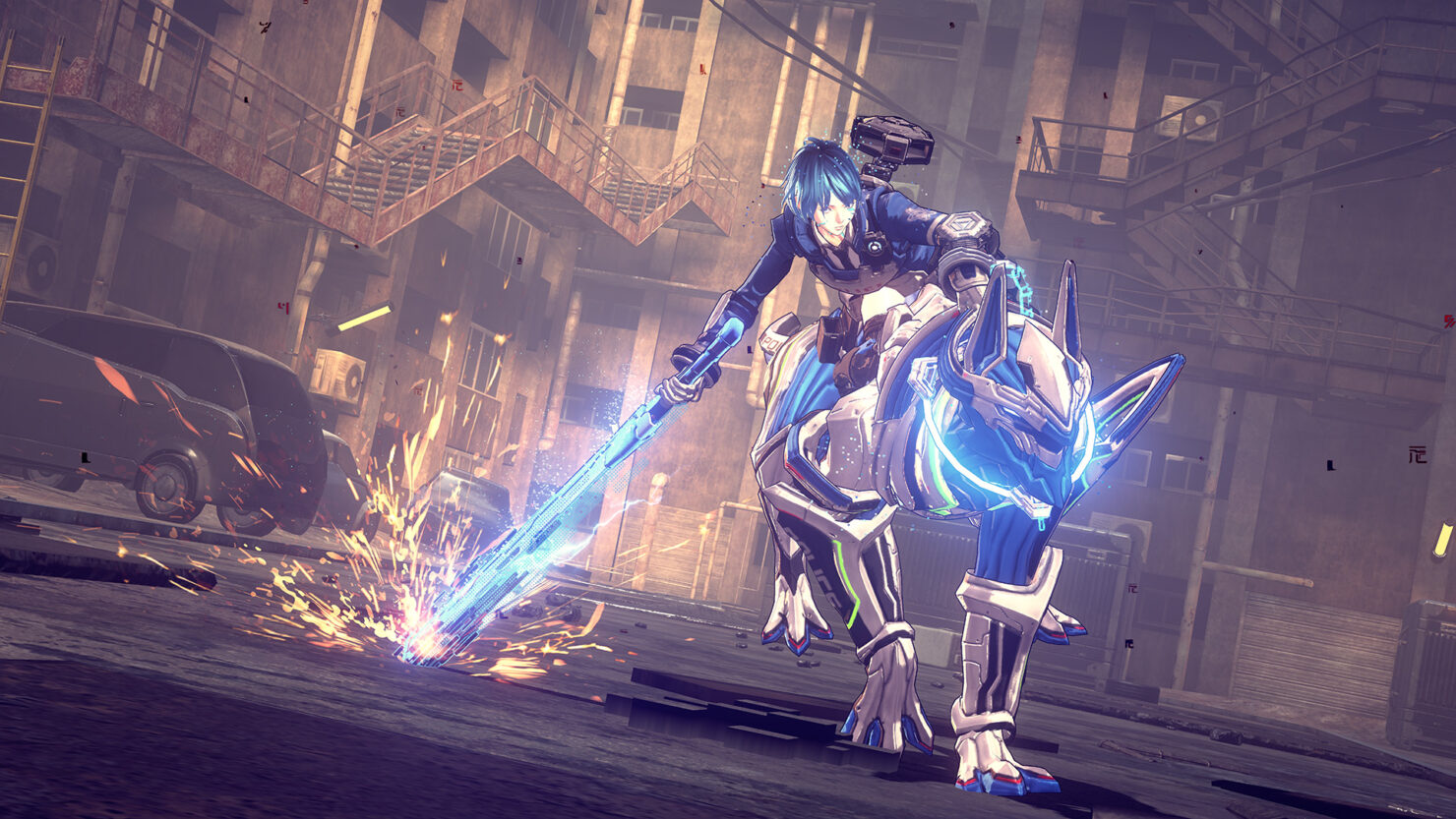 The collaboration between Nintendo and Platinum Games has been going strong for a few years, and it has brought some of the best games ever developed by the Japanese studio such as The Wonderful 101 and Bayonetta 2. For this reason, many are eagerly anticipating Astral Chain, and early footage looked incredibly promising, with the elements from their older games masterfully meshed together in an explosive mix. And five hours into the game, I can say that Astral Chain is going beyond my expectations (which were pretty high, to begin with).

Everything in Astral Chain feels extremely polished, from the story, which features humanity's battle against mysterious beings coming from another dimension to the presentation and gameplay mechanics. The overall presentation impressed me considerably, as it makes the whole game feel like an anime. The fact that Masakazu Katsura worked as the main artist on the game definitely helped.

The story so far is also rather engaging. Players control one of the two twins who have been recently assigned to Neuron, a special force comprised of gifted individuals who can control the Legion, the only ones who can fight the Chimera and save the Ark from destruction. All members of Neuron have their distinct personalities, and players can learn more about them by talking with them while exploring the Neuron headquarters.

The exploration pace is probably the biggest change in the usual Platinum Games formula, not counting Nier Automata. Players not only do get as much time as they want to roam the Neuron headquarters, but they also have to explore each location thoroughly to proceed during the investigations.

During missions, players will be asked to search around for clues, with the help of a special device called IRIS which highlights points of interest. Once all of the clues have been gathered, it's time to answer correctly to a few questions. These moments are quite varied, as players will be posed with some potentially tricky questions, like the one coming from the children in File 03. They are generally not that difficult, but they manage to be an extremely enjoyable diversion from all the fighting.

The Astral Chain combat mechanics could be among the best Platinum Games ever created. They feel extremely unique, as they take elements from older games, such as Metal Gear Rising Reveangeance and The Wonderful 101, to create something new and incredibly fun. Players have at their disposal a lot of different offensive maneuvers, such as regular melee and ranged attacks, dodge counterattacks and so on, and the whole arsenal gets expanded when the Legion is summoned. Combo strings can be extended with Sync Attacks, and even the Astral Chain that binds the Legion to its user can be used to trap enemies or block their advance. The five different Legion types are extremely varied, and the ability to swap them on the fly adds a lot of depth to the combat system. It takes a little while to get used to the different new mechanics, but things become almost natural after some time.

Astral Chain also takes a page from the Nier Automata book with the presence of light role-playing game mechanics, which allow players to improve the main character, as well as all five Legions. There are also a lot of customization possibilities, so experimenting can be a lot of fun as well.

In the first few hours, Astral Chain managed to grab me like very few games have in recent times. The game's staying power remains to be seen, but things continue to be as good as they are in the beginning, we might be getting one of the best games ever developed by Platinum Games.

Astral Chain releases on Nintendo Switch on August 30th. Check back soon for our full review!