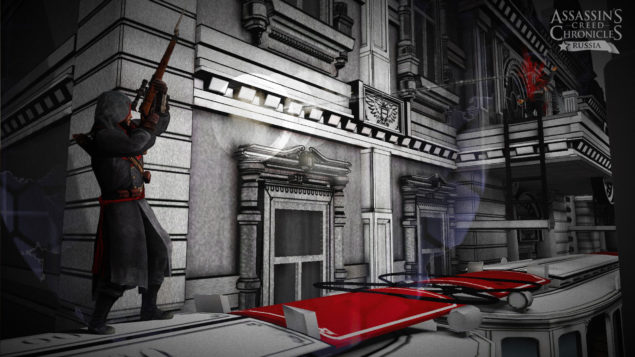 In February, Ubisoft is also going to release a Trilogy Pack for all platforms. A PS Vita version of the Trilogy Pack will be released on April 5th just in case you'd rather enjoy the series in a more portable way.

Assassin's Creed Chronicles: India will be the second episode of three, and you'll be in the middle of the tension between the Sikh Empire and the private armies of the East India Company in 1841. It's your job to find out why a master Templar has arrived with an artifact that used to be in the hands of the Assassin Order.

In the third, and final installment, you'll travel forward in time to Russia in 1918. Here you'll have to infiltrate a tightly guarded house, where the Tsar family is being held by the Bolsheviks, in order to steal a valuable artifact that's had great meaning for both the Assassin Order and the Templars.