Assassins Creed is Ubisoft's Ace in the hole, its their crown jewel if you will. It was one of the best selling games on both Microsoft XBOX 360 and Sony PlayStation 3. The epic story of Assassins Creed 2 continues in Assassins Creed Brotherhood, this time you will return as the protagonist Ezio Auditore da Firenze but you shall not be alone my friends you shall have the assistance of the brotherhood. You can call them to your aid when you need and ask them to help you out in an Assassination.

Here is their preview

Years have passed for legendary assassin Ezio Auditore da Firenze since avenging the death of his family for Assassin's Creed 2. Relaxing in his villa in Monteriggioni after a romp between the sheets with a lady friend, Ezio is shaken out of a peaceful cuddle. An attack on the town is in full swing and -- after a cannonball crashes through his bedroom, crushing his armor -- Ezio rushes out to find waves of enemy forces at his doorstep.

Outside his home, Ezio's uncle explains that his status in the region as a legendary assassin has split factions and incites a war between families. To counteract the mass-scale attack, Ezio pushes toward defensive cannon emplacements scattered on the wall of Monteriggioni. It isn't a scene that will end in the assassin's favor; rest assured that Monteriggioni will fall. This is the beginning and the basis for Assassin's Creed: Brotherhood.

Although it would appear that, by the end of Assassin's Creed 2, Desmond's time reliving fragments of his ancestor Ezio's past would close out the Italian's story; however, there is more tale to tell. The events of Assassin's Creed: Brotherhood take place soon after the end of the previous game in the series. There was an initial fear that, since Brotherhood is somewhat of a side-story in the series, Desmond's puzzle would be put on the shelf. Thankfully, lead A.I. programmer Stéphane Assadourian tells us that players will learn more about Desmond's journey.

Following the introductory attack, the hands-off demo we were presented shifts to some years later. It's 1503 and Ezio stands over the gorgeous landscape of Rome (billed by Assadourian as twice as big as Venice from Assassin's Creed 2). Once again seeking vengeance, Ezio turns to his trusty dual hand-blades; however, this time the adversaries that stand in the assassin's way are too strong for him to tackle on his own.

The major addition to Assassin's Creed: Brotherhood is the ability to recruit and train stealthy warriors to aide Ezio in his quest for vengeance. Each character recruited into the brotherhood of assassins -- either male or female -- has their own identity: Once they die, they are gone forever. In order to upgrade recruits, Ezio must put them through training. This is done by sending members of the brotherhood on contracts throughout Europe, ranging in difficulty. When given the option to send a member on a task, a meter displays the probability for success. The system is risk and reward: While the recruit will be unavailable to help Ezio during gameplay -- or may even die while away -- he become a more lethal member of the brotherhood.

Throughout the single-player campaign, Ezio will be able to call on one or groups of the brotherhood member to help kill, distract, or protect him throughout the adventure. After selecting specialties (and even their ceremonial garb) for individual or groups of assassin's, Ezio can bring them in by targeting an enemy and slowly raising his fist. Using this new feature -- unfortunately referred to as the B.A.M. (or Brotherhood Assist Move) -- Ezio can calmly walk past guards or creep into new areas without the focus being turned on himself. It appears that there is no limitation to where you can call on a member of the brotherhood or what they can be asked to do. In one rooftop scene, Ezio called on a female assassin to make quick work of a Gunman -- a new enemy type who protects rooftops with a retro firearm -- using the classic wrist-blade weapon, in another a hail of smoke bombs masked Ezio's quick getaway.

The Brotherhood can be equipped with any item, including the new crossbow, and lash out deadly and precise maneuvers. When the B.A.M. is used, the Brotherhood complete the proper action, scuttle off and enter a cool-down state so the entire feature isn't used with impunity. In its quick and simple and can almost be considered the Renaissance-era version of Splinter Cell: Conviction's "Mark and Execute" feature.

The B.A.M. system isn't the only addition or change in the latest ANIMUS-powered adventure. Ezio's trusty steed can now be brought into town and will react correctly to his surroundings. In the example we were shown -- back during the fall of Monteriggioni -- Ezio's horse pulled him along in fear as buildings fell at their feet. There is also a new "advanced horse fighting" system in the game, which we were not shown. The other ways of getting around the world have not changed. Players will still be able to traverse buildings at a blinding speed but can also utilize pulleys to zip-line up to the roof of buildings that are currently under construction. It's a great addition that makes sense in the context of a constantly evolving city.

The fighting system is also said to be much improved. A.I. will no longer take a number to engage Ezio, instead they will attack when they see his guard is down even if he's in the process of being engaged by another enemy. The change makes combat less defensive-based than previous iterations of the series. Ezio can now string kills together in quick and deadly fashion utilizing his entire arsenal, including his wrist-mounted gun. If getting up close and personal isn't your style, Ezio now has enough muscle to toss heavy weapons at the opposition for a quick kill.

Although it may still be a detour in Desmond's final quest, Assassin's Creed: Brotherhood promises to make sense as a piece of the puzzle. Whether you have high expectations for the game's multiplayer or not, there are certain things we do expect from our time in the ANIMUS. Rather than evolving the franchise, Assassin's Creed: Brotherhood adds new elements to it. It won't make you a fan if you already aren't one, but for those of us who enjoy stalking from rooftops, its new strategic element may shape it into the best game in the series.

I am very impressed with the write up and has increased my anticipation for this game even more. The best part about Assassins Creed IS the story alone and now with a multiplayer mode thrown in the mix I can't wait to sink my blades into my foes. I hope Ubisoft does a bang up job on this game just like they did with Assassins Creed 2.

Here are some screenshots (some might be concept art though) 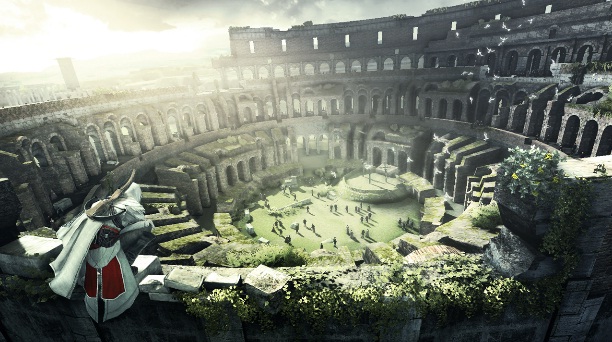 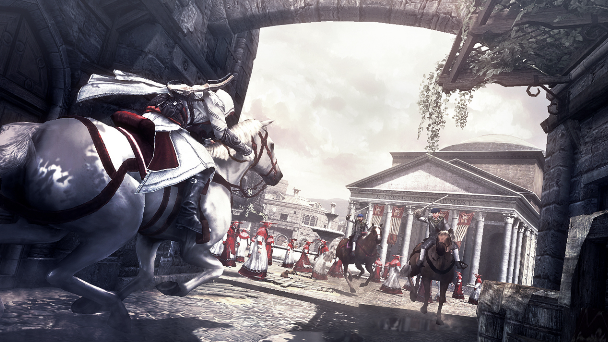 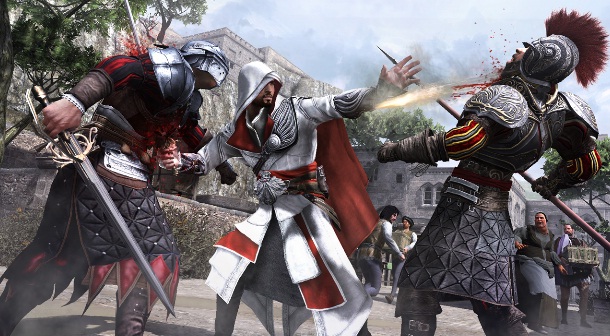 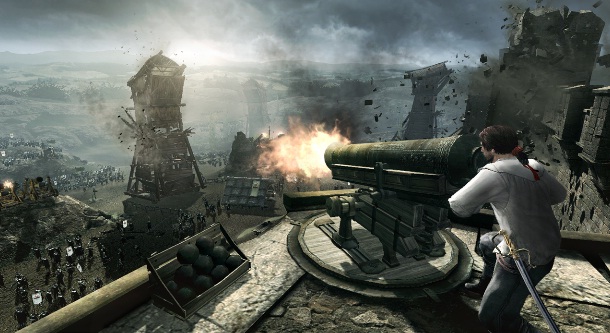 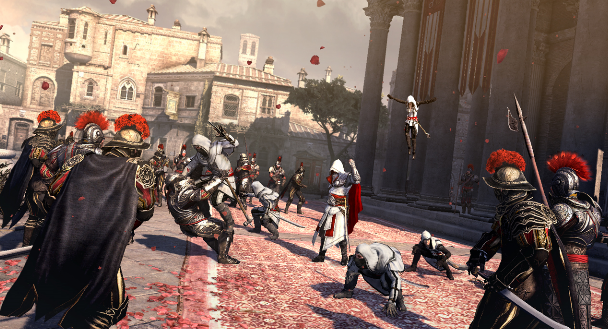