Studio Wildcard announced today that it is working with NVIDIA GameWorks Studios to add stunning special effects to the upcoming open-world dinosaur survival game ARK: Survival Evolved. According to the press release, both NVIDIA and Studio Wildcard will optimize the experience for PC-gamers, Virtual Reality and integrate NVIDIA GameWorks technologies.

“When we first got a look at ARK: Survival Evolved, we we’re instantly hooked. Riding Dinosaurs while shooting guns, enough said. The team at Studio Wildcard has created a uniquely challenging world and we’re incredibly excited to be working hand in hand to enhance the PC experience.” 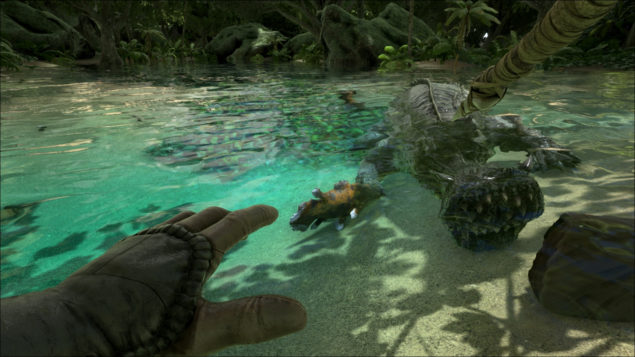 ARK: Survival Evolved is powered by Unreal Engine 4, so Studio WildCard is using custom UE4 branches on GitHub to easily integrate GameWorks technologies into its game and deliver drastic image quality or visual effects improvements in a very short period of time. GitHub is a popular Web-based Git repository hosting service used in the game development industry to share code.

“ARK looks better and is more immersive thanks to NVIDIA GameWorks. NVIDIA has made it possible for teams like ours to drop in state-of-the-art, high-quality solutions to tough visual effects problems, which is often the difference between having a feature and not having it at all.” 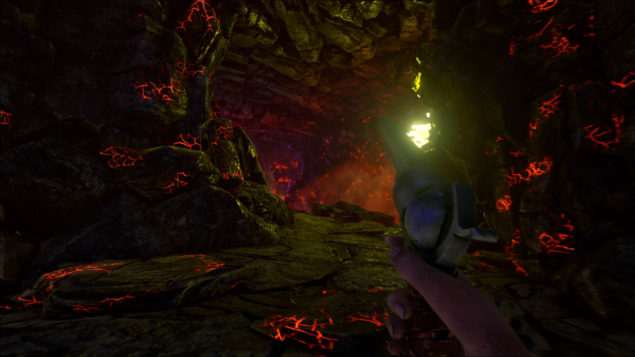 ARK: Survival Evolved takes on the survival genre with a unique blend of emergent multiplayer cooperation and competition. Players awake naked and starving on the beach of a mysterious island among a herd of other confused humans. On ARK, they must then hunt, harvest, craft, research technology, and build shelters to protect against scorching days, freezing nights, volatile weather systems, dangerous wildlife, and potential enemies. Players can tame and ride one of 70 amazing dinosaurs and other prehistoric beasts, including gargantuan creatures on a scale never before seen in video games! Fly a Pterodactyl squadron over the snow-capped mountains, race through the deep jungle with your pack of trained Raptors, tromp through a fortified enemy base along a convoy of gigantic Brontosaurus, or chase down prey on the back of a raging T-Rex.

ARK: Survival Evolved will launch in summer 2016 on PlayStation 4 with Project Morpheus support, Xbox One via the ID@Xbox program and Steam, including Oculus Rift VR support and a thorough integration of Steam community features such as Steam Economy and Steam Workshop for custom maps and mods. The world of ARK is designed to be player-oriented and ever-expanding.