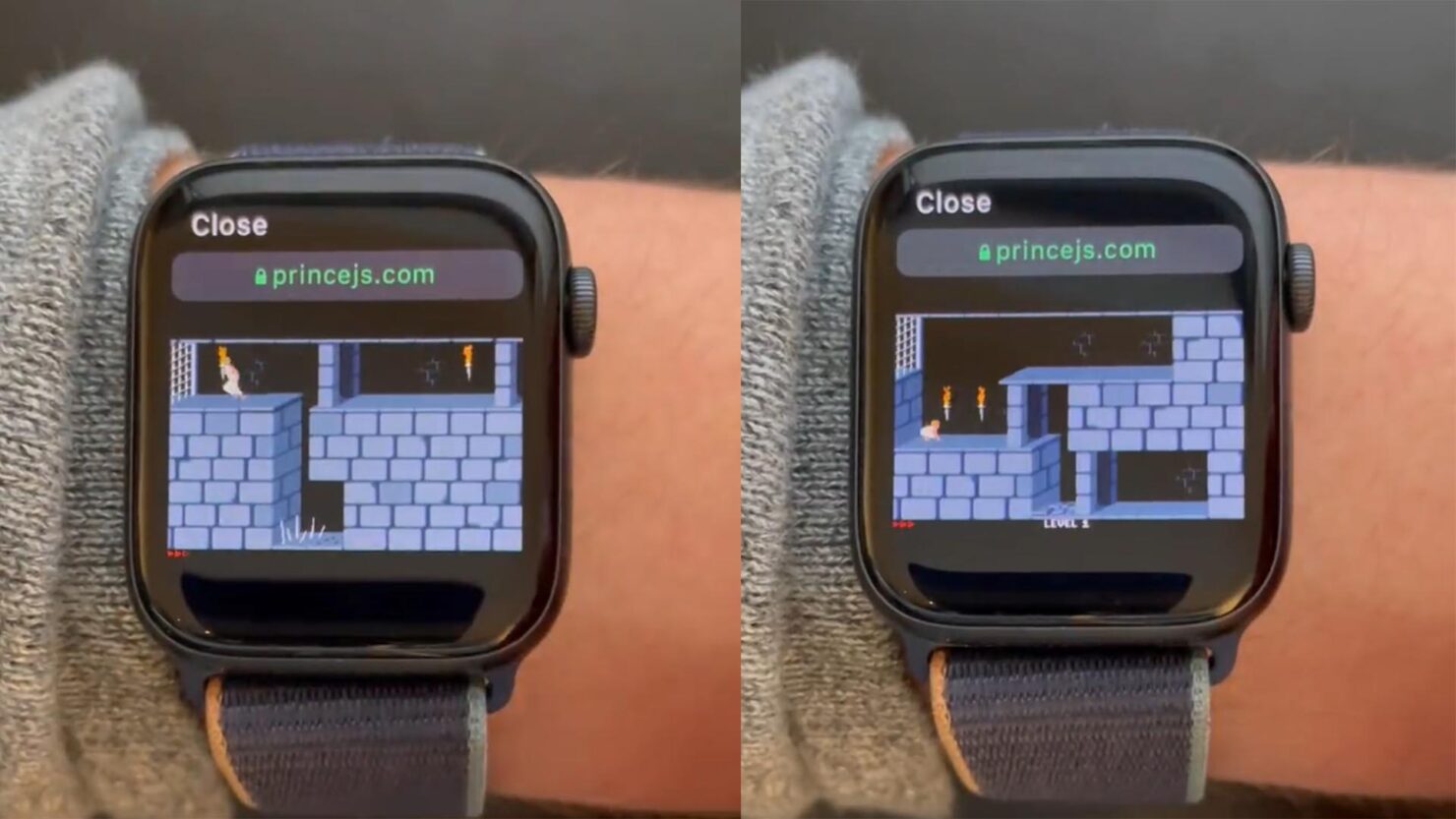 The 1989 Prince of Persia that was released for the Apple II was ported to Javascript, and that only means that the game can run on your Apple Watch. Here is how this was done.

Despite Lacking a Web Browser Needed to Play the 1989 Prince of Persia, One Software Developer Shows How It Is Possible to Run the Game on the Apple Watch

Prince of Persia can be played through any web browser by visiting princejs, and before you ask, it can be played on your smartphone, tablet, laptop, or desktop computer. We tried it, and it is as seamless as things can be, but the same steps are not possible on the Apple Watch as it lacks a web browser. So how was software developer Oliver Klemenz able to achieve this feat?

It is still possible for the Apple Watch to surf the web from your wrist as watchOS supports web content for rendering when you open a link in iMessage. Oliver’s Javascript port of Prince of Persia runs smoothly on any device with a web browser and considering that the Apple Watch is not a dated piece of hardware, it too can run the game that was designed for the Apple II.

Incredible! Prince of Persia runs on @Apple Watch including full @phaser_ engine, playable with touch controls. Just send a mail or message with body https://t.co/YazGHnxyEy to yourself, open link on Apple Watch and play in near original resolution. #PrinceOfPersia #AppleWatch pic.twitter.com/n9dejPnopY

Obviously, since there are no physical buttons on the Apple Watch, the controls are a bit janky and confusing to get used to at first, as shown in the video, but we believe you will appreciate that something like this is possible. The Javascript port runs at almost the same resolution as the Apple Watch’s. The Apple Watch Series 7, which is the latest iteration of the company’s wearable family, has a resolution of 396 x 484, so the game maxes out at 280 x 192.

Is this something that you would want to try if you have an Apple Watch? You would probably want to at least check how it works if you are on the bus home, or are in the middle of a flight. Irrespective, let us know what you think down in the comments.