You can now download new Apple TV 3 firmware (build 12H523) 8.4.1 right away. We have the direct download link for the firmware update right here. 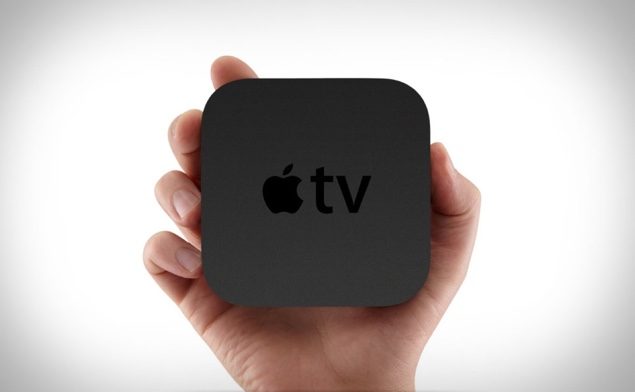 Apple Releases An Update To Apple TV 3 After A Long, Long Time

Since the release of the Apple TV 4, the Cupertino company has stopped giving love to its predecessor, the Apple TV 3, with no software update or changes brought to the device in a long, long time. Today though, seems to be an out of the blue occasion where Apple has decided to give its long-running set-top box some affection in the form of a new software update, dubbed as version 8.4.1.

Now the weird thing is, this exact software version has been available for a while to the public, but this release features a new build number - 12H523 - which means that this is no more than a bug fix and maintenance release, ensuring that things keep on ticking nicely for users who are in the ownership of an Apple TV 3 in the wild.

The refreshed 8.4.1 software update is available for both the original Apple TV 3 released back in 2012, as well as the refreshed model that arrived in 2013.

There are two routes you can take to install the update onto your Apple TV 3. First route involves you going to the Software Update section in the Settings app and clicking the 'Download and Install' button. Second route is the geek way of doing things, which involves you connecting your Apple TV 3 unit with your PC or Mac using a USB cable and then updating things from there using a downloaded IPSW file from Apple's servers, which are links below:

We highly recommend that you update your set-top box right away since it brings with it bug fixes and performance enhancements like we mentioned above. Furthermore, it's quite likely that Apple will push out more software updates in the months to come, after all, the Apple TV 3 is a mighty powerful media consumption device that can be used in a variety of ways. Sure the Apple TV 3 doesn't come with apps like on the Apple TV 4, but it has a set of pre-loaded options that can be utilized by users to become a (somewhat) cord cutter.

If you happen to be a proud owner of an Apple TV 3 unit, then be sure to let us know in the comments section below whether or not you updated your set-top box to the latest firmware release.