According to a recently published report, Apple may have acquired the real-time motion sensing and capturing Swiss firm called Faceshift. The reasons for the acquisition are unknown at this time.

The news comes in from MacRumors, and they are reporting that Faceshift 'may have been' acquired by Apple in recent times, based on research coming out of the publication itself. According to a registry filing by the company, all three of the corporate directors have stepped down just last month, in August, and have been replaced by a merger and acquisitions attorney from Baker & McKenzie. The interesting thing to note here is that this is the very same company which Apple makes use of frequently, strongly pointing towards the fact that the Cupertino giant has indeed taken over Faceshift.

The reason for the takeover at this point is completely unknown, and judging by the technology which Faceshift possesses and how they have been working with gaming and animation studios alike, it's quite possible that Apple might be implementing their tech in a future product of its own. But again, nothing is known at this point, and everything is pure speculation.

Reaching out for a comment, MacRumors wasn't able to get anything from Apple itself, and Faceshift is absolutely silent regarding its move, if they have made one, and has even gone completely mum on its social media pages on Facebook and Twitter both. However, the company is still taking support requests.

MacRumors contacted several people in position to know about Faceshift's fate to ask if they could confirm whether Apple has acquired the company, and while none were willing to offer outright confirmation, we received no denials and in one case received confirmation of Apple's current interest in face-tracking technology. Apple did not respond to our request for comment on the possible acquisition.

Faceshift's technology allows real-time facial expressions to be captured in explicit detail, something which is achieved through 3D sensors from a company called PrimeSense.

Faceshift has removed nearly all mentions of its previous Faceshift Studio software from its website and has gone silent on Twitter and Facebook. The company is apparently still answering support requests, but offering no details on the fate of Faceshift Studio beyond its discontinuation.

We'll keep an eye out for this news and whether or not the acquisition has indeed taken place in recent times. Till then, feel free to let us know in the comments section below what our readers think about this report. 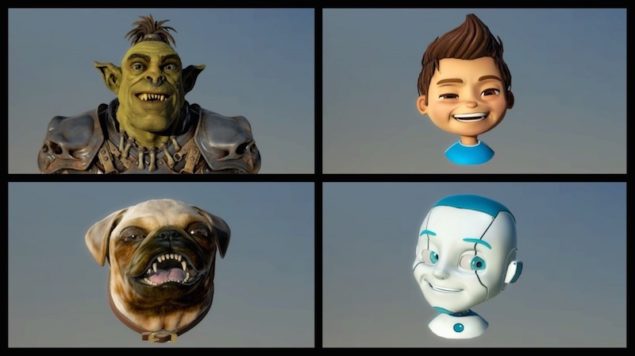 Do you think Apple might be bringing 3D facial recognition to the iPhone, iPad or the Mac? Our gut feeling says yes!