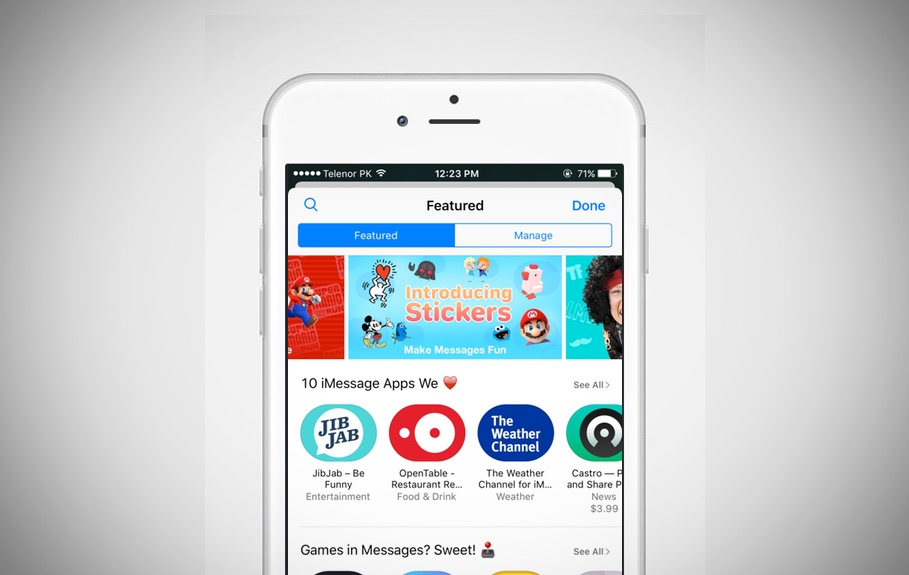 Earlier this year, Apple made it abundantly clear that it would start removing apps that were outdated, abandoned or didn't meet latest App Store guidelines. The company is vigorously fulfilling its promise by starting to remove a barrage of apps in October.

If Your App Has Been Abandoned, Hasn't Been Updated, Apple Will Remove it

If you take a stroll through the App Store, you'll bump into all sorts of apps and games. Many of those apps and games have been there for a long, long time, and abandoned by their developers for one reason or the other. This in turn means majority of the users will bump into subpar software that doesn't fall in line with Apple's latest App Store guidelines. So how does Apple overcome such a problem? By removing the piece of software altogether, of course.

Earlier this year Apple made a promise it would start removing all those apps and games that haven't been updated lately by their developers to follow the new App Store guidelines. Staying true to its promise, Apple removed more than 47,300 apps from the App Store alone in October (last month). Now, the interesting thing to note here is that Apple removes apps on a regular basis every month, with an average of about 14,000. But last month's figure tops the chart for being 3.4 times higher. This shows Apple is extremely serious when it comes to assuring quality to the end user.

If you break down which category saw the most deletions, it shouldn't be surprised games topped the list. 28% of the total apps deleted last month were games, followed by Entertainment, Education, Books and Lifestyle. The rest of the categories saw the least amount of deletions, surprisingly. 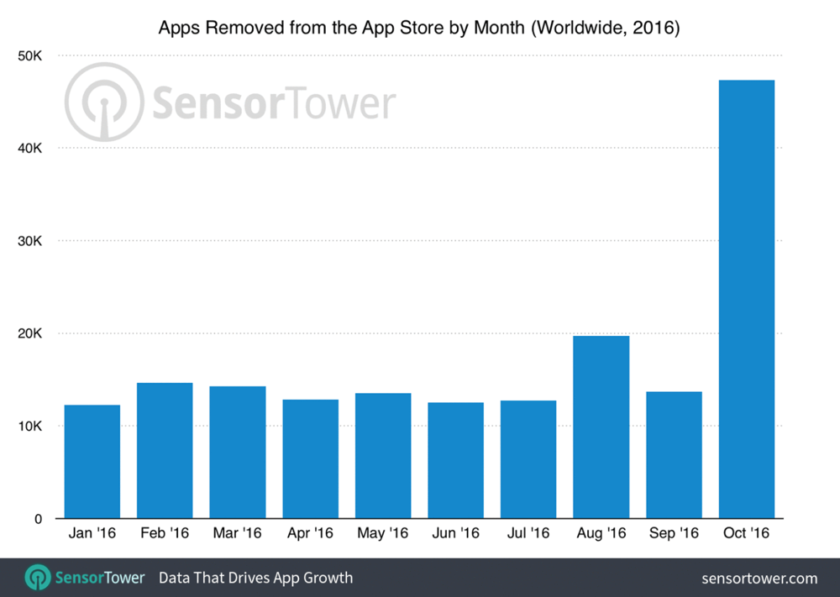 Given how Apple has kicked off its mass spring cleaning just last month, it's likely this process will carry forward at a rampant pace. Hence if your favorite 'old' app disappears all of a sudden for no apparent reason, then don't be surprised at all. It's best to blame the developer for not taking proper measures to keep the app or game up to date, keeping things in-line with Apple's guidelines.

I sincerely hope developers take necessary actions to update their apps and follow the latest guidelines. At the end of the day it's the consumer that suffers from negligence of someone else. If a developer has left its software alone in the dust, it's a good practice to inform the users about it as well, rather than keeping things in the dark.