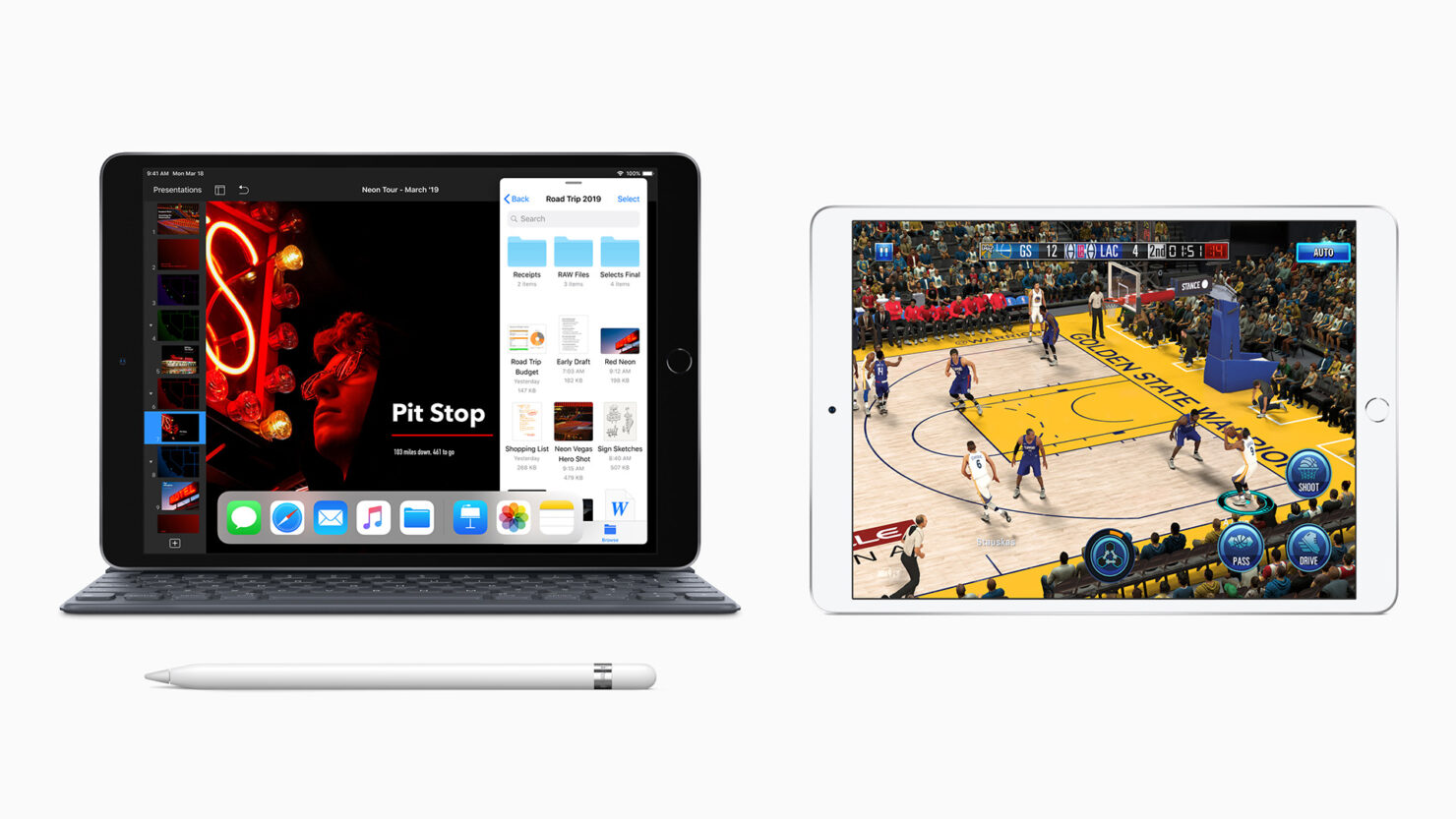 Space launch services provider Space Exploration Technologies Corp. (SpaceX) and the National Aeronautics and Space Agency (NASA) are currently working together to bring the former's Dragon 2 Endeavour safely back to Earth as part of the Demo-2 (DM-2) mission that intends to evaluate the spacecraft's capabilities to meet NASA criteria for safely delivering and returning astronauts from the International Space Station (ISS).

After astronauts Robert Behnken and Douglas Hurley undocked from the ISS earlier today, the pair were guided by mission control in Houston, Texas and Hawthorne, California to update their timelines for the various steps required for bringing the spacecraft back to Earth. During this guidance, an Apple iPad that was helping the astronauts in managing their timelines malfunctioned and tried to connect to the internet as the pair were heading back.

Roughly an hour and a half after the two astronauts successfully undocked from the ISS and commenced their journey back to Earth, astronaut Behnken was asked by SpaceX's Crew Operations and Resources Engineer (CORE) Anna Menon to update his timeline for the remaining mission. This requirement was a part of requests that the engineer made to the crew, which included asking them to provide details about their food and water consumption and post-meal movement part of their evening meal report and inform SpaceX about their sleep preferences.

As part of making updates to the schedule for Day 1, the crew was asked to add thirty minutes to six events that were part of their schedule and to shift their fluid intake schedule ahead by fifteen minutes. Following the request for an update for meal and water consumption, the astronauts provided ground control with the information. 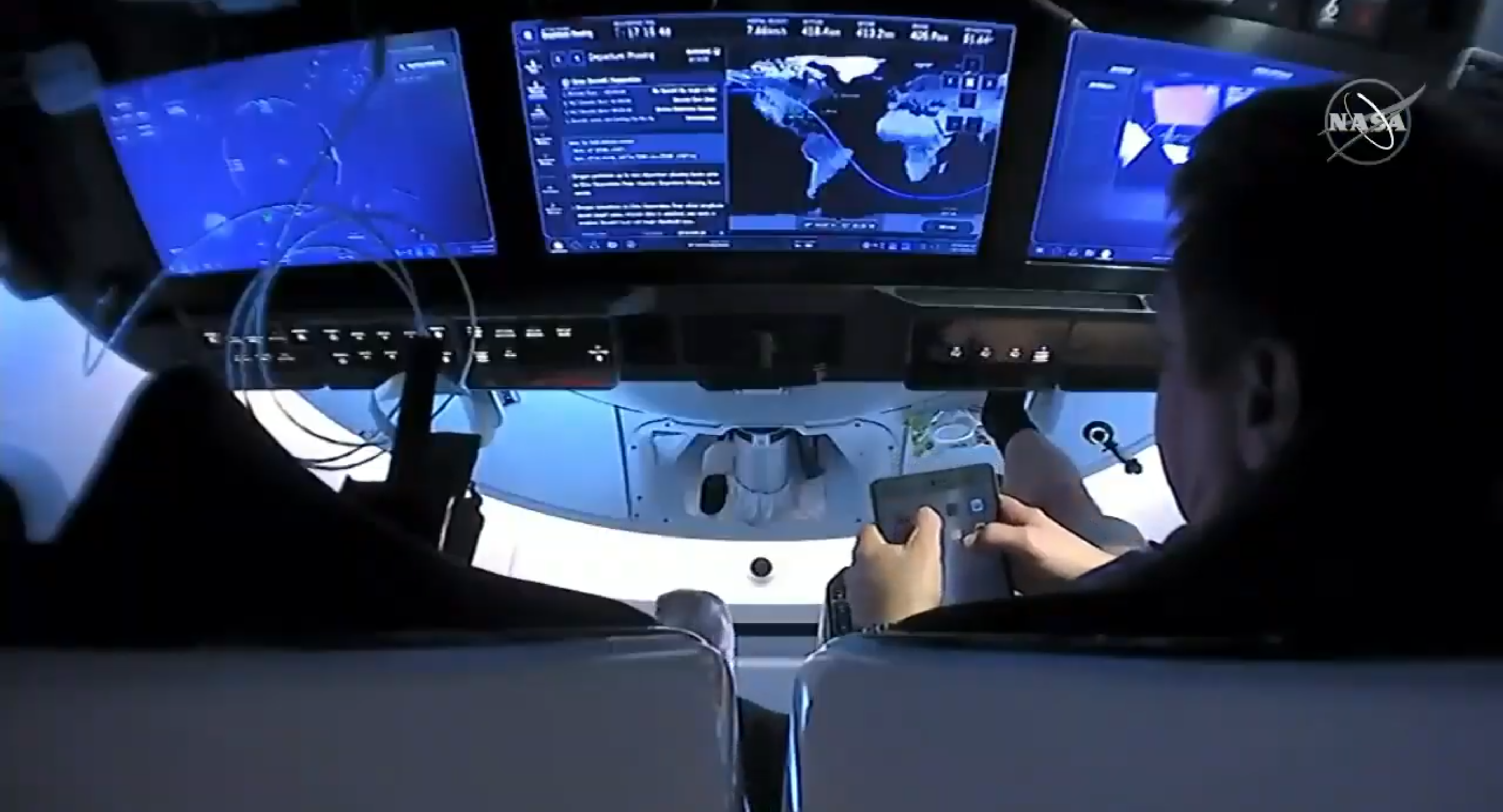 Immediately afterward, Behnken started to report an issue with a piece of equipment, but ground control in Hawthorne lost contact with the Dragon 2 spacecraft for a brief period of time, during which the engineer looked nervously to her left and to the main screens in her control room as the connection was re-established. Once this took place, the astronaut

Yes the timeline application on my tablet...umm..gives me a...error message that says 'Safari cannot open the page' and then its got a HTML address...'because your iPad is not connected to the Internet'

Once it became clear that the problem was minor, Ms. Menon requested astronaut Behnken to confirm that the airplane mode on his iPad was on and WiFi was off – to which he applied to in the affirmative. He then broadcasted an image of the problem to mission control, and the team on the ground got a good look at the error.

At this time it's unclear whether the application running on the iPad was developed by Apple or by SpaceX or another developer. Given SpaceX's penchant for keeping things in-house, it's likely that the application was developed internally. Providing more details on the matter, Behnken revealed that

This is happening on my tablet. I did have a..a fine timeline before but when we started navigating to setup to...load the..changes that you read up to us it uh went to that page instead of the timeline I had before

If the application in question was not developed by Apple then the error is likely due to an external bug on which the company had no control. For a mission that involved hundreds of complex variables and leading-edge technology, such an error is mostly inconsequential as it requires an astronaut to simply keep things in his memory or make a physical note. Another hour and a half following the error, the astronauts officially commenced their sleep period as they approach Earth for re-entry and splashdown.