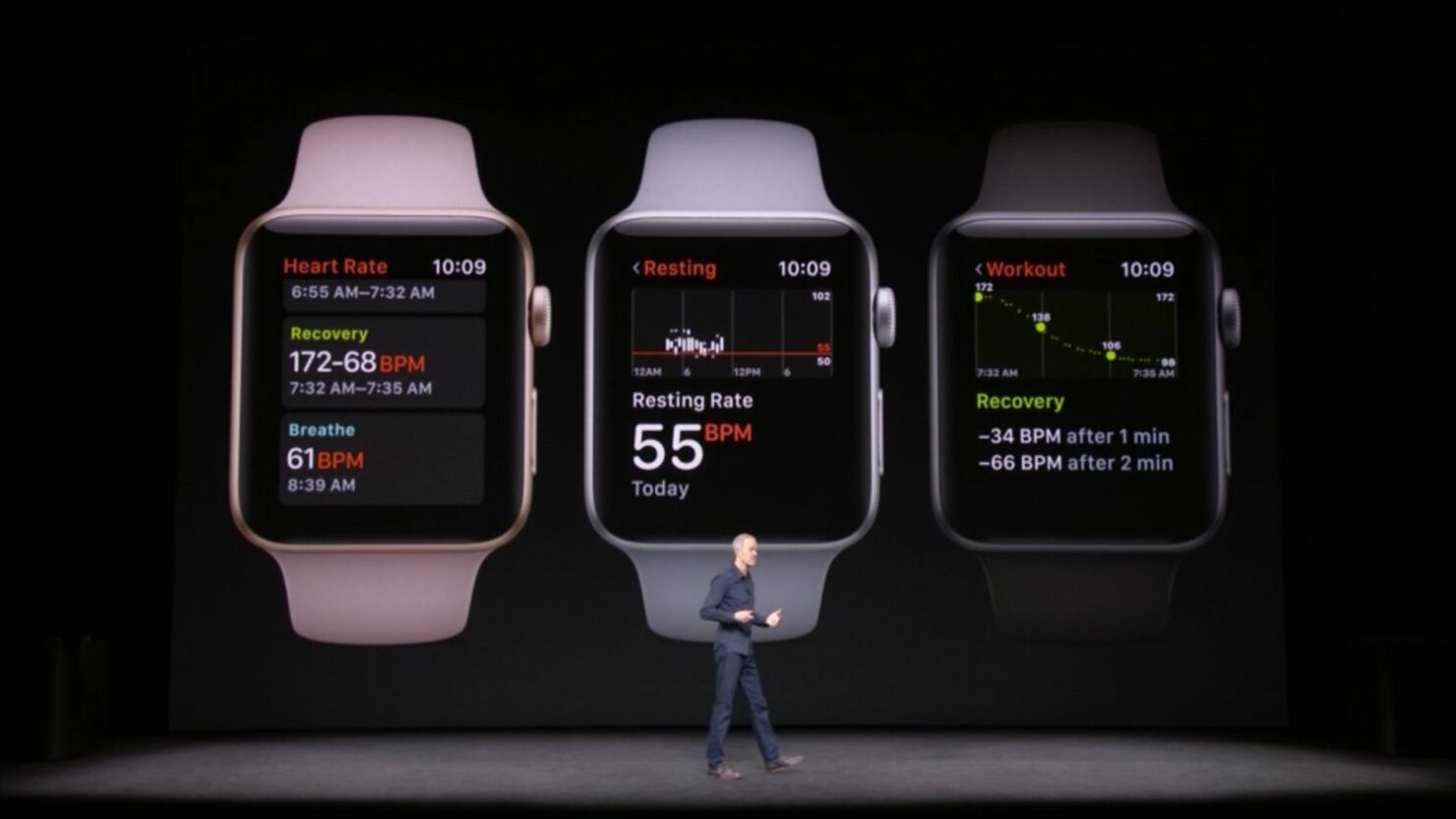 The internet has gone wild with updates on Apple’s event like it does every time the tech giant has to announce something new. The event brought many new things especially the new phones. Other than the phones there might be some of you who would be interested in the Apple Watch as well. The tech giant is expanding its health monitoring features of the Apple Watch. Jeff Williams announced the new updates in the Apple Heart Rate app.

An improved heart-rate monitoring system has been introduced that will help users track their heart rates. The new system will also notify the users when there is an abnormal spike in the heart rate when there is no exercise involved etc. The company wants the Watch to be able to detect problems like atrial fibrillation etc. Basically problems that are extremely common and have affected millions of people and are rarely diagnosed.

Apple is currently in partnership with clinicians at Stanford University to determine whether the Apple Heart Rate app has the potential to accurately detect abnormal heart rate or arrhythmias in people. The study will be utilizing data from the Apple Watch to study arrhythmias. The tech giant has already been working closely with FDA to enable this. The Apple Heart Study and other new features will go live in the US App Store later in the year.

It seems that the company sees a big role for the Watch in the market especially in the area of monitoring. It has already brought services like HealthKit and ResearchKit in the market and these will provide bio-metric feedback to patients and doctors. Apple Watch’s ability to detect paroxysmal atrial fibrillation was demonstrated by a recent study from Cardiogram and the UCSF Health lab. This can be done by pairing the system with neural network algorithms.