It's not uncanny that Apple files a lot of patents, but it does not mean that the product or service will ever see daylight. Nonetheless, Apple has been granted a new patent by the United States Patent & Trademark Office that describes an editing and an avatar creation tool for the  iPhone and iPad. The patent is dubbed as the ''Avatar editing environment". The patent elaborates a "virtual environment" in which an iPhone or iPad user will essentially use and app to create a digital avatar. Lets see some more details on the subject.

Apple explains the patent filing as a user's "alter ego" creation tool. All this will be made possible by a batch of tools available to the user which includes various adjustment options ranging from their eyes, teeth, hair and other aspects as well.

“An avatar editing environment is disclosed that allows users to create custom avatars for use in online games and other applications. Starting with a blank face, the user can add, rescale, and position different elements on the blank face, including but not limited to different eyes, ears, mouth, nose, eyebrows, hair, beard, moustache, glasses, earrings, hats, and other elements that are associated with physical characteristics of humans and fashion.”

So what will be the purpose of the avatar on an iOS device? Essentially, the self created avatar will be available in all system apps of iOS. In addition to this, third party developers will also be able to get their hands on the avatar using the bundled API. This will allow the developers to add support for the avatar in their respective apps and games. 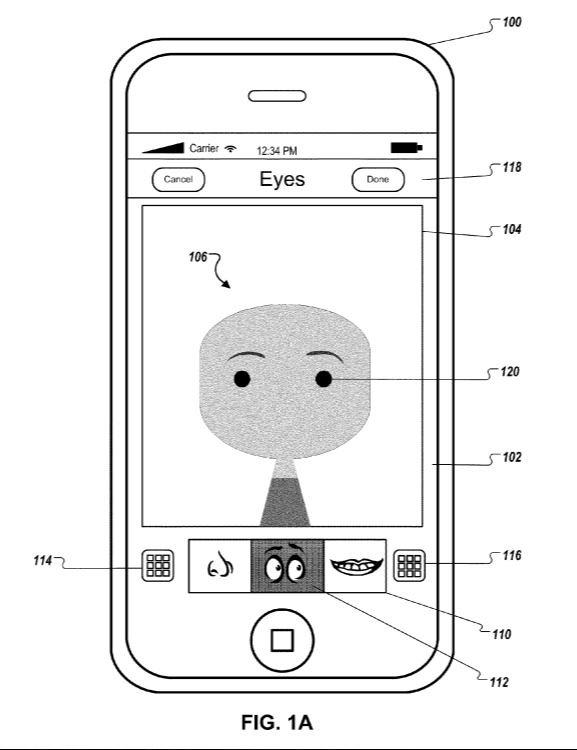 As it appears, this is not a new Apple filing but something that dates back to April of 2011. The editing environment patent was granted recently and hence its availability can now be expected in the future versions of iOS. By word, the avatar creation tool will be integrated in the operating system and could possibly arrive soon.

As of now, we're not sure how Apple deems to make use of the avatar. Would it act as a digital assistance or act as something entirely different. There will be more to the story in the near future so be sure to stay tuned with us.

This is it for now, folks. What are your thoughts on Apple's recently granted patent? Do you think Apple will add the avatar creating tool in the next version of iOS? Share your thoughts in the comments.