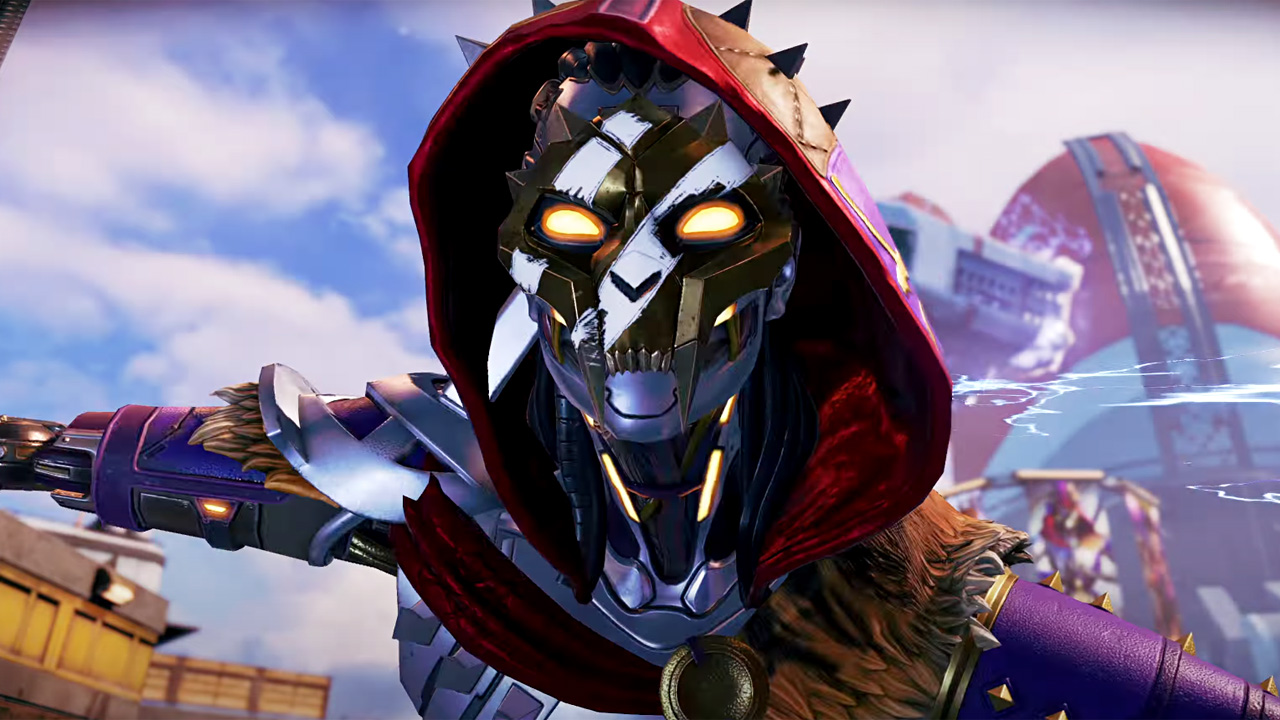 Apex Legends’ next big season probably won’t kick off for a while, but Respawn Vancouver is keeping things fresh with the "Warriors” event, which drops next week. Warriors adds a new Arenas map, entitled Drop-Off, and the usual battle pass, but the most exciting feature for most will be the return of the fan-favorite Control mode. You can check out a quick teaser trailer for Apex Legends’ Warriors event, below.

Our limited-time 9v9 mode Control is returning for two weeks with the Warriors Collection Event! This time around Caustic Treatment on Kings Canyon has been added into the mix. So, squad up, select your loadout, and fight for total control over Olympus, Storm Point, and Kings Canyon. Brought to you by Silva Pharmaceuticals.

Caustic Treatment has been converted into a three-point battleground for control over Kings Canyon. Additional cover, ziplines, skydive launchers, and even a hover tank, have been added to the space. This was done with the intent of balancing the area and improving flow to the points.

Caustic’s Lab is a highly defensible fortress controlled by the right team and a combination of legends. However, with solid coordination, and a well-timed offensive push, defenders can easily be routed. Lastly, in true Caustic fashion, you can “expedite the inevitable” by using the terminal inside his lab. 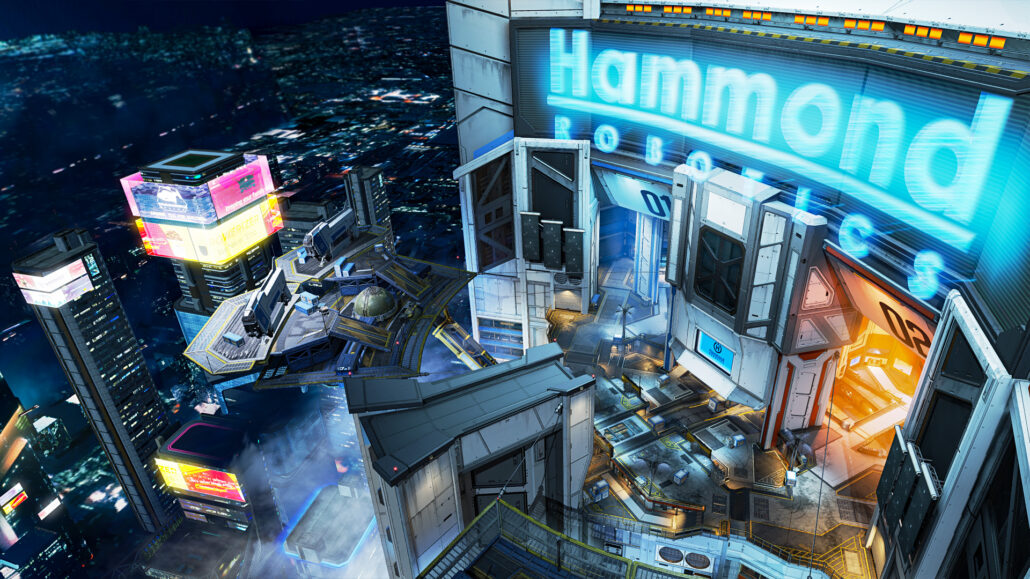 Sitting high above the skyline of Malta is the fully automated Hammond Manufacturing Tower that was constructed for a single purpose: the early production of critical systems for Olympus. Codenamed Drop-Off, the site is still in operation, but at night, Arenas fighters covertly commandeer the place for fierce matches under the smoggy skies. The POIs in Drop-Off can be primarily thought of as two governing locations: Interior and Exterior. The interior is split across two POIs: Observation Deck and Deployment Line, while the exterior offers the Loading Bay.

The Warriors event includes 24 new cosmetics, which can be purchased individually with Apex Coins or in-game crafting materials, or gained via limited-time Warriors event loot boxes. You can also nab the following rewards by progressing the event-specific battle pass. 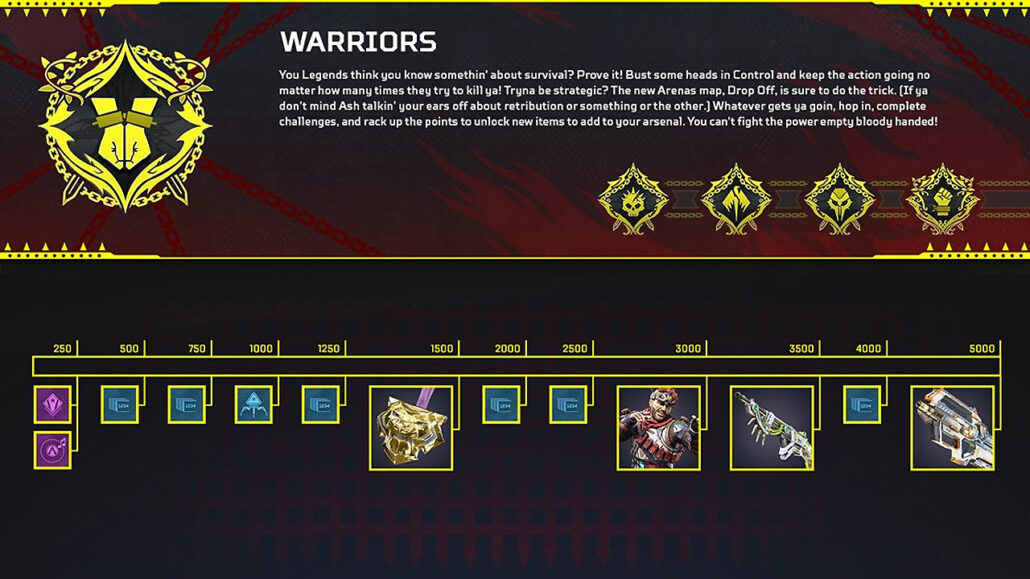 Apex Legends is available now on PC, Xbox One, PS4, and Switch, and is playable via backward compatibility on Xbox Series X/S and PS5. The Warriors event kicks off on March 29 and will run until April 12.