Another day, another Apex (Legends) record-breaking story. Respawn Entertainment have made a game, a free-to-play game that has single-handedly saved the value of parent company EA. Why? The game is insanely popular. Over 25 million players within the first week and growing, the game is also dominating the figures of twitch. So much that Apex Legends best day has far surpassed Fortnite's single best day on the service.

Tracking firm Gamoloco, which gathers the viewing data of major streaming services, announced two days ago on Twitter that the recent Twitch Rivals event arranged by Respawn and Twitch.tv became one of the top five most viewed single-day events in the history of the streaming service.

After you have read the infographic below, you won't be surprised to learn @PlayApex has recorded the best launch ever on @Twitch.#BattleRoyale #Viewerships #Impact pic.twitter.com/yJ7pQ3MDum

One of the most important figures to note, which highlights the popularity more than anything else, are the other two times the game features on the list. Out of the top fifteen most-watched days/events in Twitch history, Apex Legends also features in 13th and 15th place. These are launch day +6 and +7 respectively, where viewing hours have been accumulated through the sheer popularity of the game alone.

Even with other games looming on the horizon to cover, Apex Legends has been the one title I’ve gone back to again and again over the last week. No other battle royale game has so readily captured my interest and kept me wanting to play. Even the bitter taste of defeat doesn’t sting for very long because I can just hit the ground running in the next match and have fun shooting my way to the top. Despite the rocky launch on consoles, I eagerly anticipate that Apex Legends will be here to stick around for a long while. 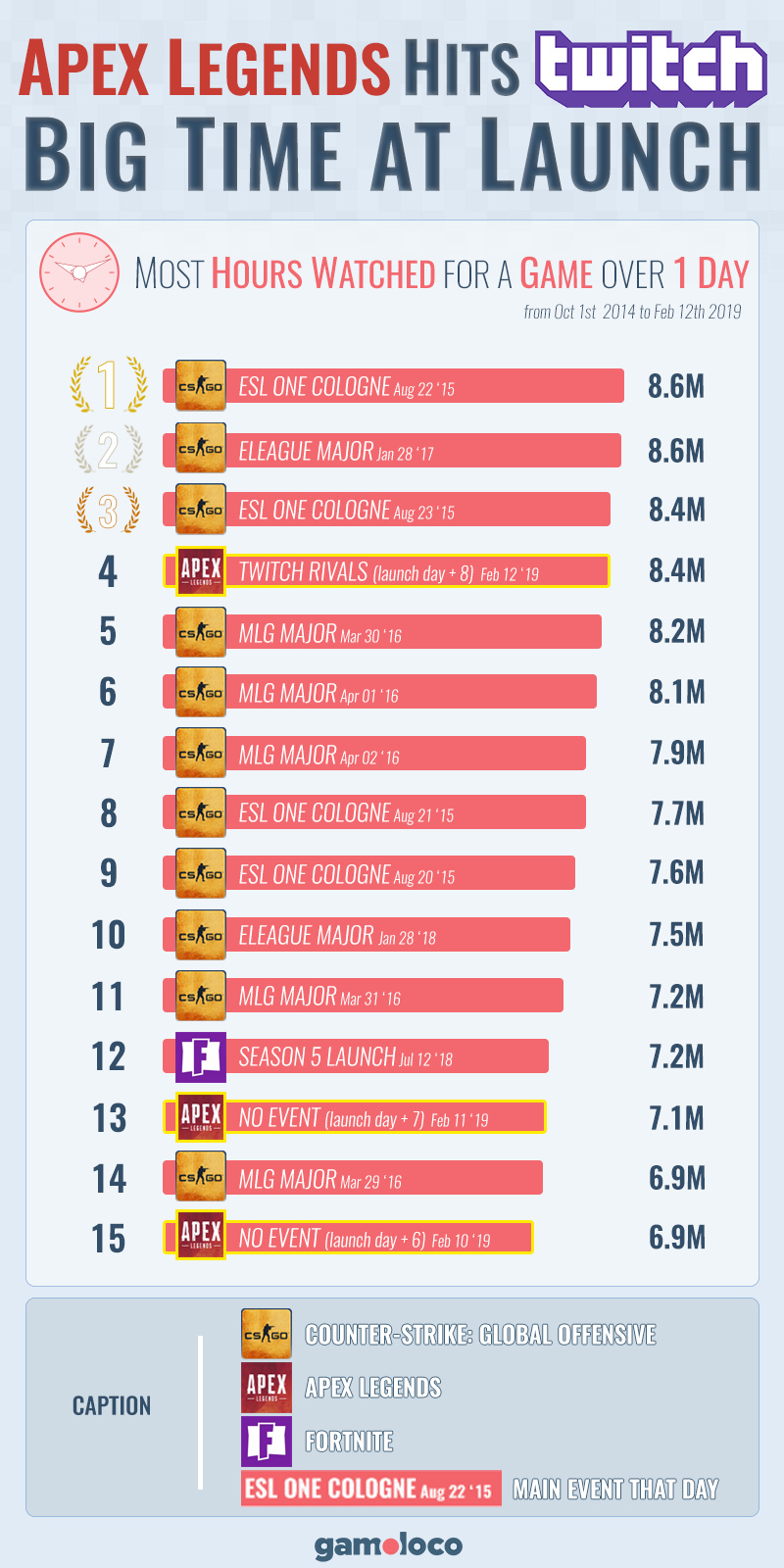