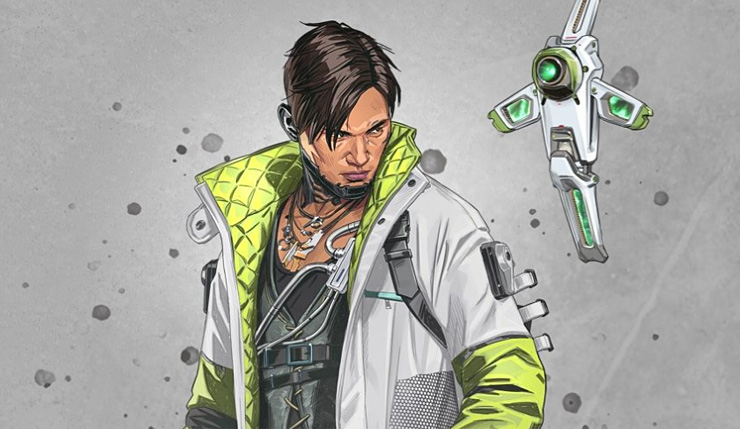 Apex Legends Season 3, which is entitled “Meltdown,” is almost upon us and Respawn is finally letting fans know what to expect, releasing a fun animated trailer for the much-teased new character Crypto and some details about how Ranked mode will be changing. Crypto uses surveillance drones to get the upper hand on the battlefield – his trailer shows he started out as some sort of hacker, and is joining the fight to save a friend/sister (their exact relationship is unclear). Check out he trailer for yourself, below.

Definitely not quite on the level of Overwatch’s fantastic animated shorts, but still, it’s cool to see Respawn expanding the Apex Legends lore like this. Here’s a quick rundown of some of the stuff included Season 3:

Cool, calm, collected, new Legend Crypto deploys specialized surveillance drones to stay in the fight and out of the spotlight.

Carve your way across the Arena with this obliterating directed-energy weapon.

Show off your skills in the new series of Ranked mode. Drop in hot and put your enemies on ice!

We don’t know what the new Battle Pass will include yet, but we do have info about the changes coming to Ranked mode:

At the start of Series 2 everyone will be soft reset on their ranked position, and the scoring system will be updated. The reset will be 1.5 Tiers down for all players. That means if you ended Series 1 in Gold II, you’ll be reset to Silver IV. Players in Platinum IV will be reset to Silver II, and Apex Predators will be reset to Platinum II. This means that players will need less time to climb to their true skill ranking, and will have more time to compete at their actual skill level and try to climb higher than before.

The Series 1 scoring system worked well, but we want to make some improvements. Here’s what we’re trying to accomplish, and how the new system works. First off, we need a bit more granularity in the point spread, so we’re 10x’ing all the points in the whole system. At first glance this may just look like point inflation, but in reality we need to be able to reward something in between 1 RP and 2 RP, so going to 10, 15, 20 RP gives us that flexibility. We’re also updating the match entry RP costs slightly.

This time we’re also adding assists to the kill count score. Assists are defined as dealing damage to a player within 5 seconds before they are knocked down. If a player is revived, the assist credit is cleared. Assist credit is only given to teammates of a player who earns the kill. A player cannot get a kill and an assist on a single opponent. Previously damage dealt 0.75 seconds before a player is knocked down or before a knocked player was eliminated counted as an assist, so it was technically possible that you could earn 2 assists on one target. The new combined kill & assist score is still capped at 5 per match, but with a placement multiplier.

New in Series 2, Apex Predator ranked players will no longer just have their RP shown - but will now see their standing worldwide. This should create some intense competition among the most skilled players around the world. These ladder positions are split by platform, so we will have three players on Playstation, Xbox and PC each claim #1 in the world respectively.

Players who abandon their teammates will be hit with a matchmaking penalty in both regular and Ranked matches. Penalties will result in a player being barred from joining a match for escalating amounts of time based on how often they have abandoned in Ranked. An abandon is defined as leaving the game before the match is over for you. This includes leaving during character select, leaving while you are alive, and leaving when you are dead but can still be respawned by teammates. Penalty times start out at five minutes, and repeat abandons will increase that time up to a week.

We introduced the Loss Forgiveness system when Ranked first arrived, and we’re pleased to report that it is working as intended. Players are not getting penalized RP for when their teammates drop from the game, or some other technical problem hits that is out of their control. We’ll continue to keep an eye on how players are unintentionally moving down the ladder and make changes as needed.

Apex Legends is available on PC, Xbox One, and PS4. Season 3 kicks off on October 1, so expect more info between now and then.