Google has been revealing an early look for its next major update for four years now. Now, the company is launching the first beta of its forthcoming Android Q operating system which focuses heavily on privacy. The update will be available to supported devices later this year. Let's dive in to see some more details on the Android Q beta 1.

While there may be other forward-facing additions, privacy has been given special attention in Android Q. It allows users to give apps permission to see their location only when the app is open or at all times, even when it is not running.

There's also new runtime permission which lets users control app access to Videos, Photos, Audio, and other files. Apps should now use the new Download system file picker in order to provide users with more control. In addition to this, apps will be prevented in Android Q to launch Activity while running in the background. It also assists developers to opt for priority notification. 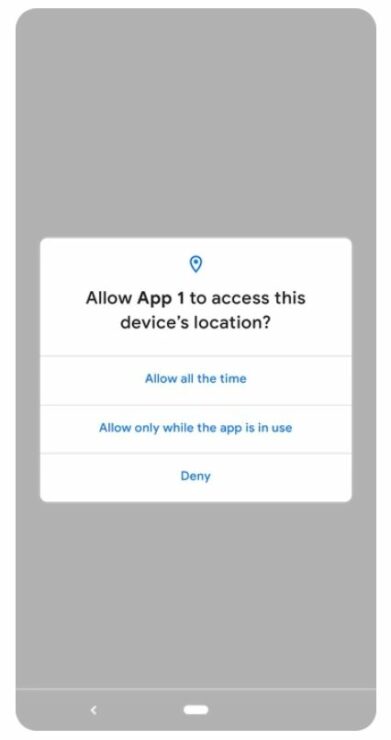 Further privacy controls extend to limiting the app's access to the device's serial number, IMEI and other identification aspects. There will be more information available on the scenario in the future beta builds of the firmware.

As for the user-centric features, Android Q introduces Sharing Shortcuts. This will allow users to navigate from one app to the other in a jiffy.

Developers can publish share targets that launch a specific activity in their apps with content attached, and these are shown to users in the share UI. 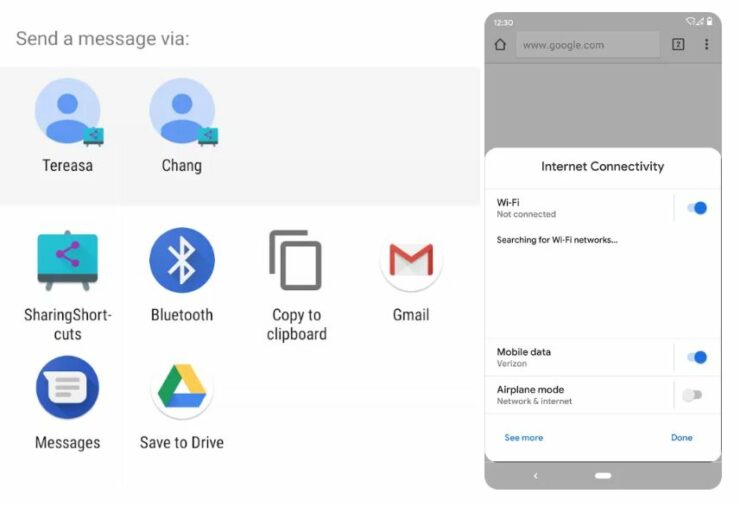 There's also a panel in Settings which makes use of Slices in order to show important system settings in third-party applications. Key settings such as NFC, volume, Internet connectivity will be displayed in the floating UI.

For example, a browser could display a panel with connectivity settings like Airplane Mode, Wi-Fi (including nearby networks), and Mobile Data. There’s no need to leave the app; users can manage

As for what's coming in the future, Android Q also has the foldable tech into consideration. With support for Android Foldables form factor, the platform will include changes such as onResume and onPause to assist multi-resume and more.

We’ve also changed how the resizeableActivity manifest attribute works, to help you manage how your app is displayed on foldable and large screens. To you get started building and testing on these new devices, we’ve been hard at work updating the Android Emulator to support multiple-display type switching — more details coming soon! 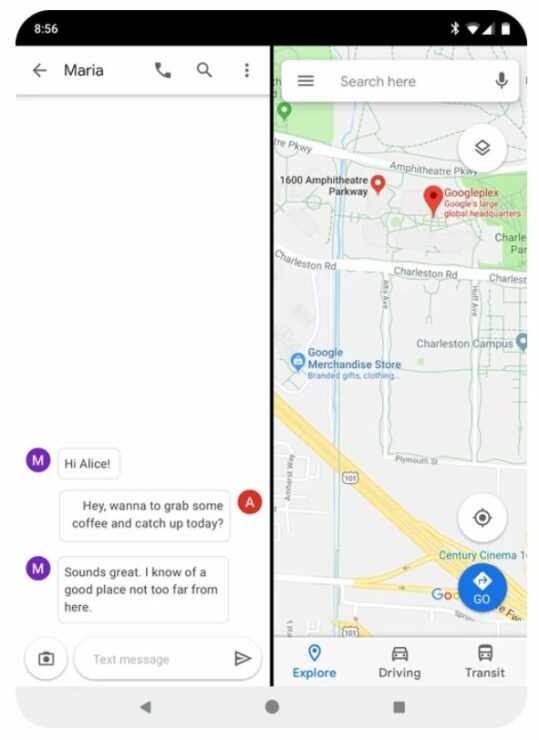 In terms of imaging, applications can now request a Dynamic Depth image that contains metadata surrounding the elements related to depth along with a confidence map in the same file. The information requested can be used to apply special blurs and bokeh effects to images. Furthermore, it will also be used in instances of 3D images and support for AR photography.

Android Q also brings the new AV1 open source video codec support. This aids in providing high-quality video content and reduced bandwidth. There are many other features part of Android Q beta 1 and possibly more will be added in the future beta version of the platform.

if you're up for it, Android Q Developer Preview 1 system images are available for the entire Pixel lineup which includes the Google Pixel, Pixel XL, Pixel 2, Pixel 2 XL, Pixel 3 and Pixel 3 XL Apart from this, it is also available for the Android Emulator.

OTA of Android Q are available and can be downloaded via the Android Beta Program as well as through the downloadable system images. The Android Q Beta 1 is oriented towards developers only for now. There will be more to the story, so be sure to stay tuned in for more details on the matter.

This is all for now, folks. What are your thoughts on the Android Q Beta 1? Share your views with us in the comments.