AMD has finally released their Top of the line Flagship GPU "HD 6990" which comes packed with Dual Cayman Chips capable enough to make it the fastest GPU on the planet. AMD did it twice, First with the HD 5970 and now with its HD 6990 which is a great achievement for the company itself.

The card only a few hours after its release has already been reviewed by different sites which include both reference and Oc'ed Variants by different vendors. Coming to the specs, the card features dual cayman chips running at 830Mhz (Reference Clock) and holds a total of 3071 Stream Processors (1536 from each chip) and holds a massive 4GB GDDR5 Memory (2x2GB) running across a Dual 256-bit wide memory interface running at 5000Mhz. Another great feature the card comes with is the Dual Bios Switch. This allows you to switch the card in two modes, One is the stock Bios mode while the other provides a slight boost in the clocks with 880Mhz Core.

The card provides superb performance and comes with enough Display ports to Eyefinity upto 6 Monitors and don't you worry about the frame rate because this card can pump up more than 30-40 Avg frames at even the most extreme resolutions of 7680x1600 which is just insane. This is where the 4GB memory really shines.

The card is powered by Dual 8-Pin PCI-e Connectors and requires at least a 750W power supply and a power on 1000W Quad-CrossFireX configuration having a total TDP of 375W. The card however is cooled by only two copper blocks placed upon each core which are supplied air with one single yet noisy fan with a noise output of 72db. Hopefully, Vendors will come up with Custom variants of the card soon which will provide better cooling then the reference one.

The card while being a beast is also great for overclocking enthusiast with AMD already including the BIOS switch for OC mode which lets the card run at 830Mhz for GPU@1.75vy OverClock mode (OC), which would operate with a 880MHz GPU @ 1.75V and also capable of doing 900mhz and 6000Mhz at the same voltages and voltage regulators which would provide higher efficiency, Overclockers would break the barriers eve more. 😉

Also, Here's some interesting thing posted by Anandtech, The CF and SLI results of HD 6970/6950 and GTX 580/570 yield better scores than the single card but you do want to know that multiple GPU solution means higher power consumptions and in some cases higher prices then a single solution card. However keeping these things aside you can see how well the HD 6970 perform in CF mode and same goes for the GTX 580 but those results were obtained at 2560x1600res. Higher resolutions in Eyefinity and 3D Vision Mode will affect the performance alot of the two cards against the single Hd6990.

You can check out the details and specs below of HD6990: 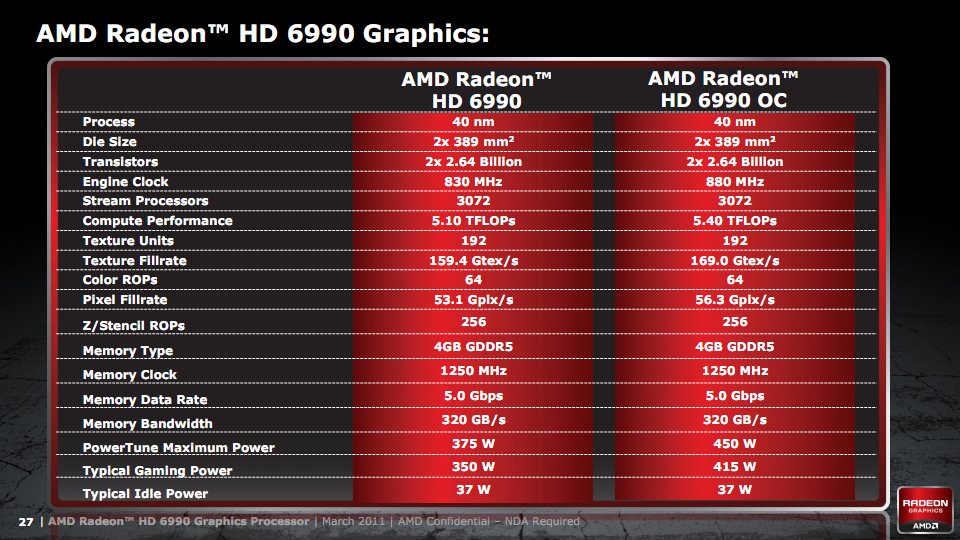 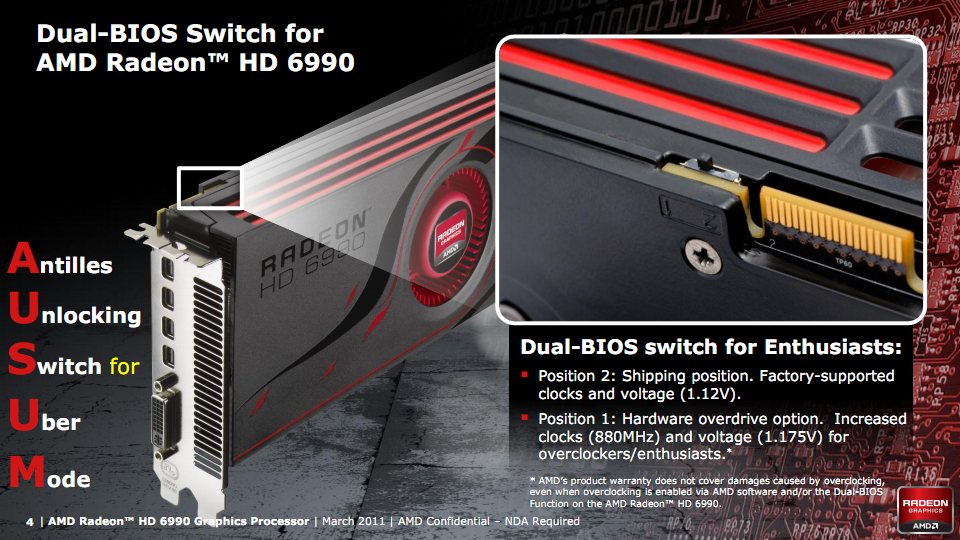 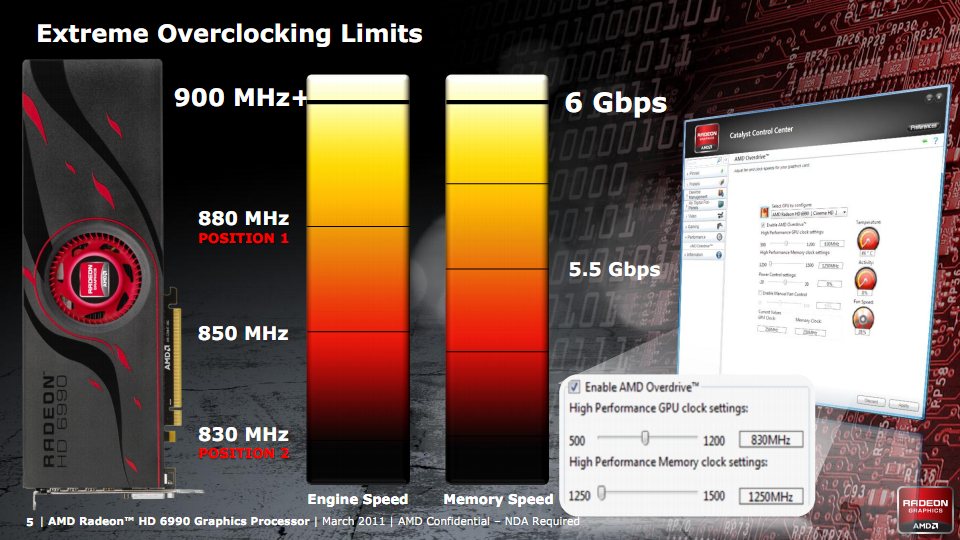 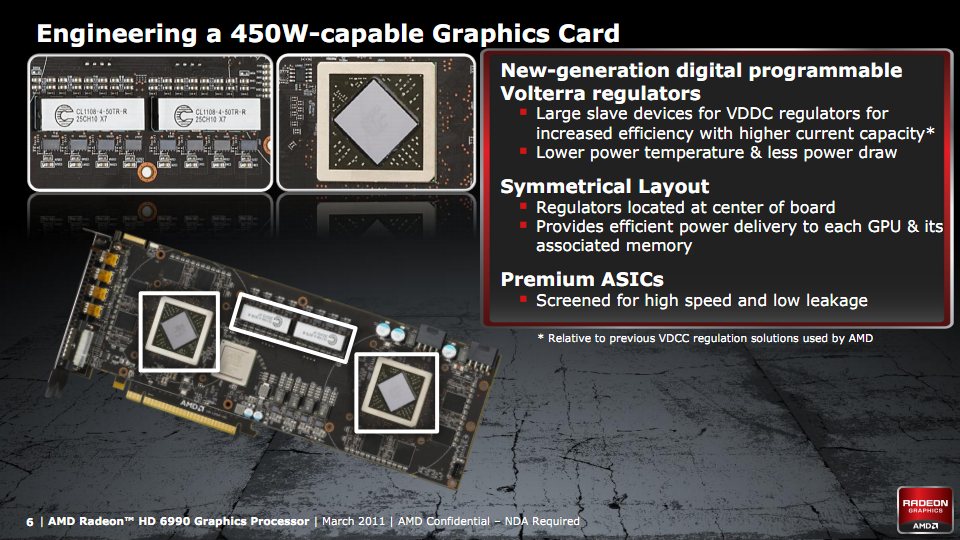 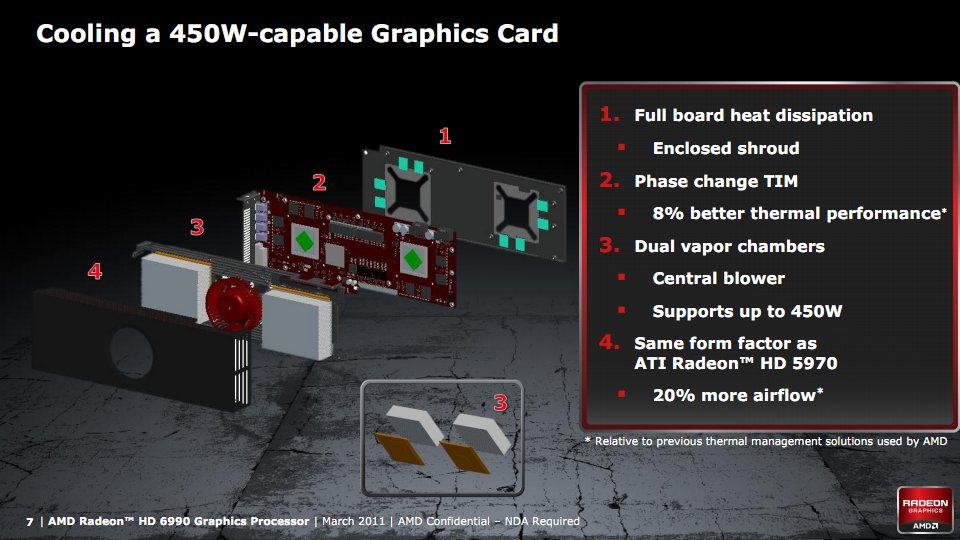 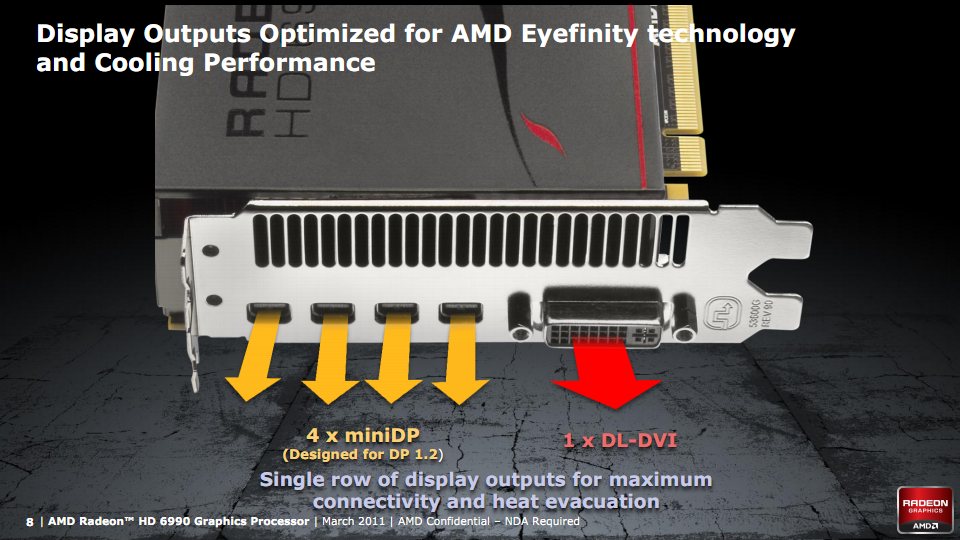 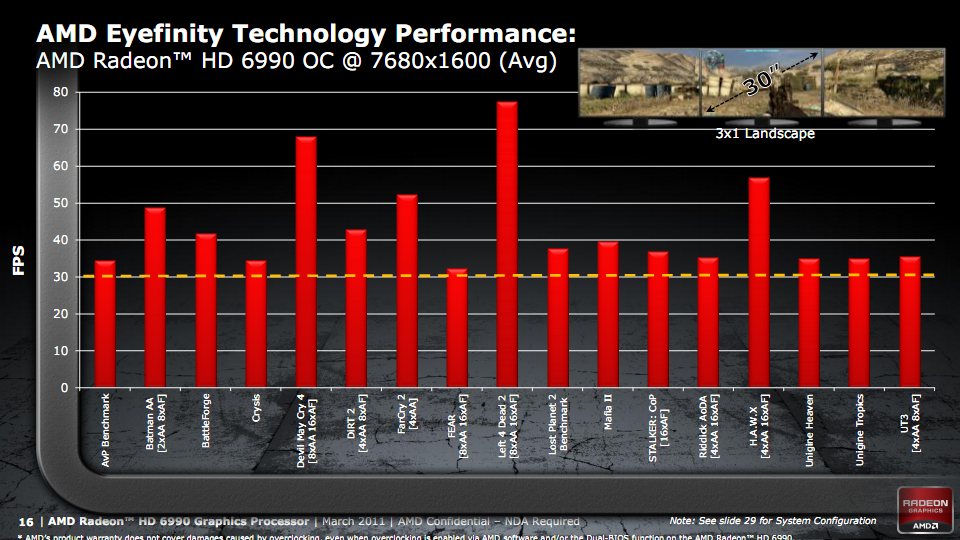 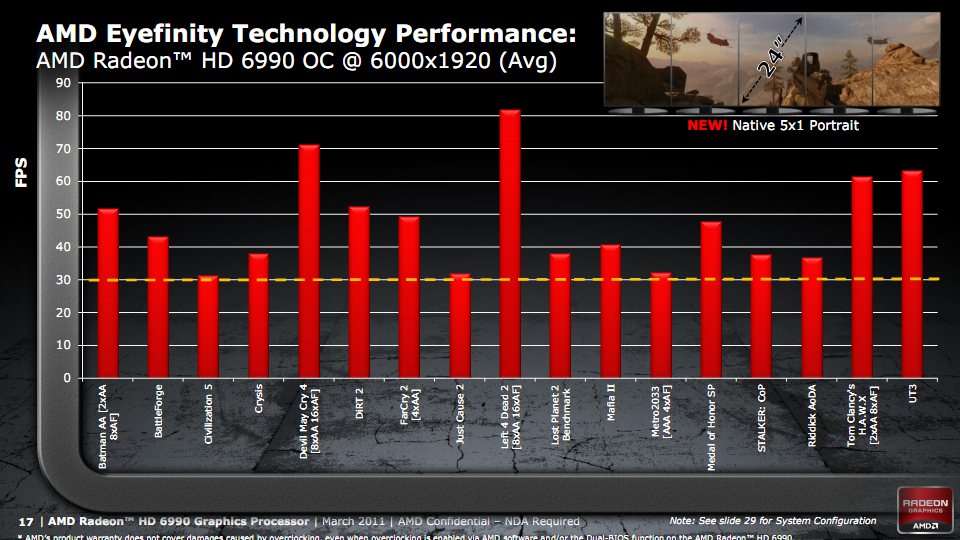 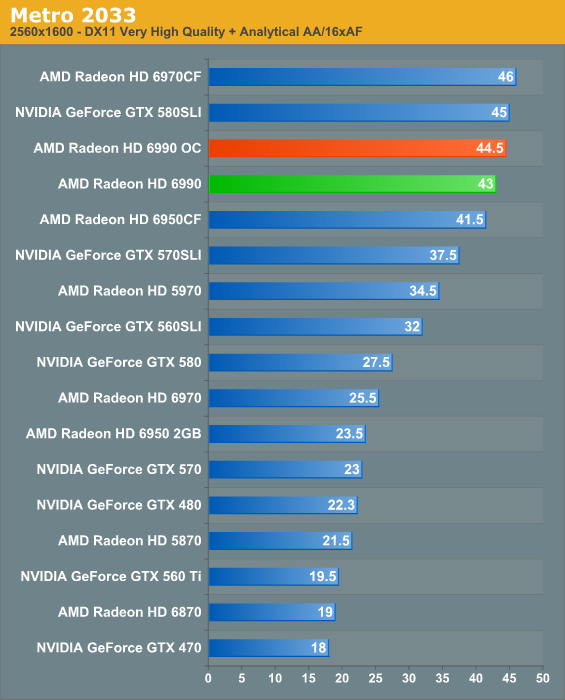 You can check out the review on different sites from the links given below: