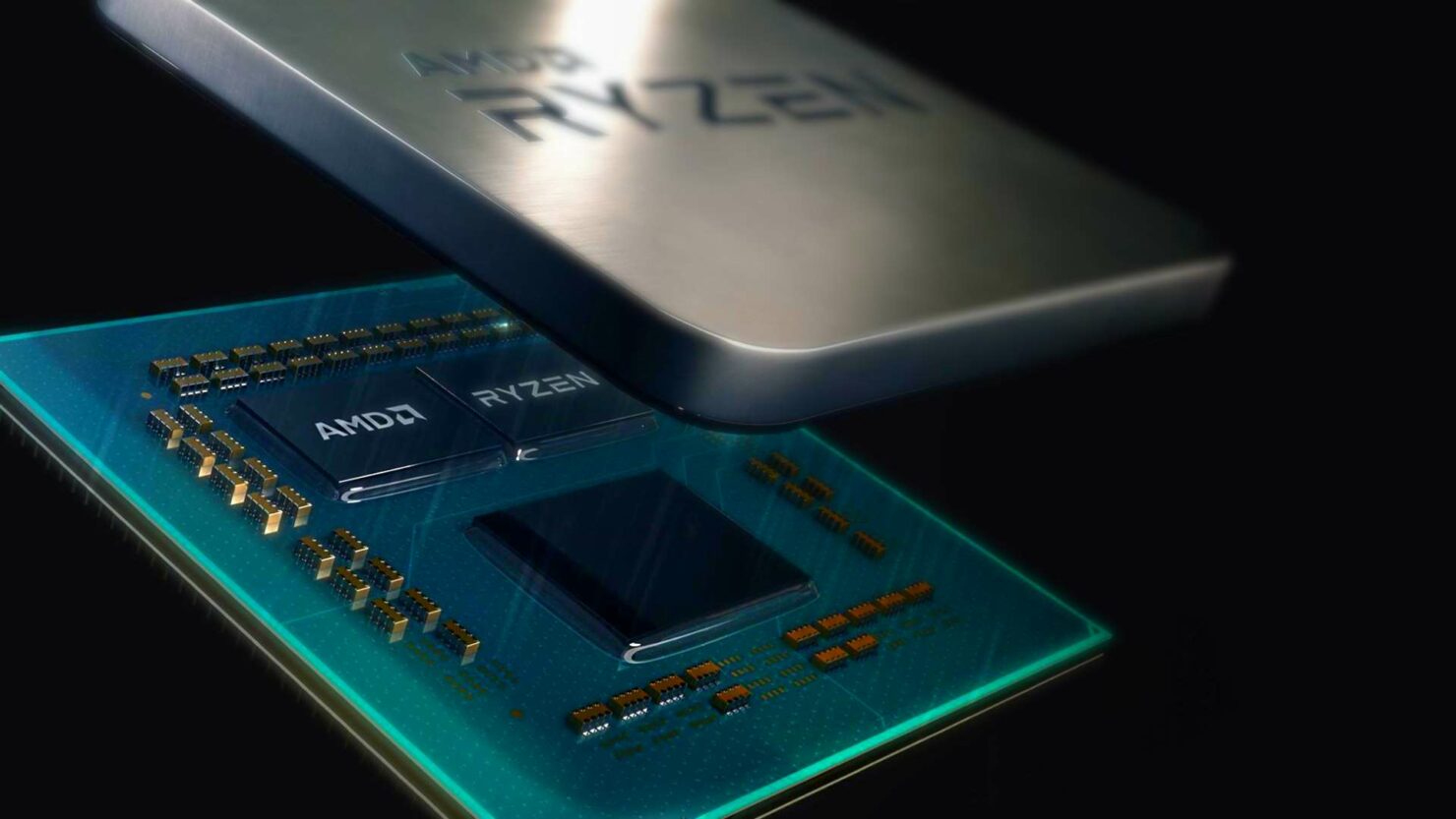 During the announcement of the Ryzen 3000 CPUs, AMD showcased various benchmark demos for each specific Zen 2 based Ryzen 9 and Ryzen 7 CPU. However, the company didn't unveil any bench for their Ryzen 5 3000 lineups which is also based around the new Zen 2 cores & aiming the budget segment with prices of sub-$300 US. Now, we have got results for AMD Ryzen 5 3600 from various independent benchmarks and for a $200 US chip, the performance is looking spectacular.

Recapping a little bit about the AMD Ryzen 5 3600 specifications, the chip features 6 cores and 12 threads. It has a Base clock of 3.6 GHz and a Boost clock of 4.2 GHz which are pretty standard for a 6 core part. There's also 35 MB of total cache and a TDP of just 65W, all of this will be available at a price of just $199 US on 7th of July.

Now moving to the performance section, the Ryzen 5 3600 has been spotted in two benchmarks databases, Geekbench & UserBenchmark. There's also one specific gaming benchmark that has been posted by Chiphell forum members but we will first focus our attention towards the more CPU centric benchmarks and see how the next-generation Ryzen 5 fairs against its competitors & predecessors based on Zen/Zen+ cores.

First of all, we are going to take a look at the Geekbench V4 scores (via TUM APISAK) which so far include two entries. One entry is performed on an ASUS TUF Gaming X570-Plus motherboard while the other has been done on the ASUS Prime X470-PRO motherboard. Both yield a different score than each other due to different system configuration but the single and multi-thread scores are pretty much similar in both cases. The X570 configuration scores 5390 points in single-core & 26371 points in multi-score points while the X470 configuration scores 5358 points in single core and 27485 points in the multi-score section of the benchmark.

Moving on, we have various entries of the Ryzen 5 3600 in User Benchmark which shows that the Zen 2 has some serious IPC advantage over Coffee Lake processors. When compared to a 7700K, the chip that was the flagship of the Kaby Lake lineup, the Ryzen 5 shows a 7% IPC lead as found out by Reddit user Teh_Hammer.

That means Zen 2 has a ~7% advantage in IPC in this specific (single threaded) benchmark (if the single threaded turbo actually was 4.05GHz).

Also, since Coffee Lake is using the same architecture as Kaby Lake, we should expect a similar IPC increase over Intel's 8th and 9th Gen CPUs. This pretty much puts AMD on par or even ahead of the Intel CPUs in terms of IPC which is a great feat for Zen 2 CPUs. The Core i7-8700K and 9700K are also very similar to each other and the Ryzen 5 3600 seems to be in a convincing lead in terms of price to performance and also the fact that it is just a 65W chip compared to the Intel CPUs which are rated at 95W. We also know that the Core i7 parts from 8th and 9th Gen run very hot, however, AMD's 7nm chips would perform far better under extreme workloads and also deliver some decent overclocking numbers as seen in recent leaks.

There's also a leak straight from Chiphell Forums where a user who seemingly has a Ryzen 5 3600 benched it against the Core i7-8700 in PUBG. The user reports that he saw an average FPS gain of 6.3% and a maximum FPS gain of 10%.

The system running both chips featured DDR4-3000 MHz & GeForce RTX 2080 Ti graphics card. Recent PUBG updates have added optimization for multi-core processors and it looks like Ryzen 3000 CPUs is going to take full advantage of those. Gaming was a major stronghold of Intel CPUs but it looks like Zen 2 being this good might take that advantage away in a majority of properly optimized multi-core gaming titles. Expect more information in the coming weeks for the new Ryzen 3000 processors.