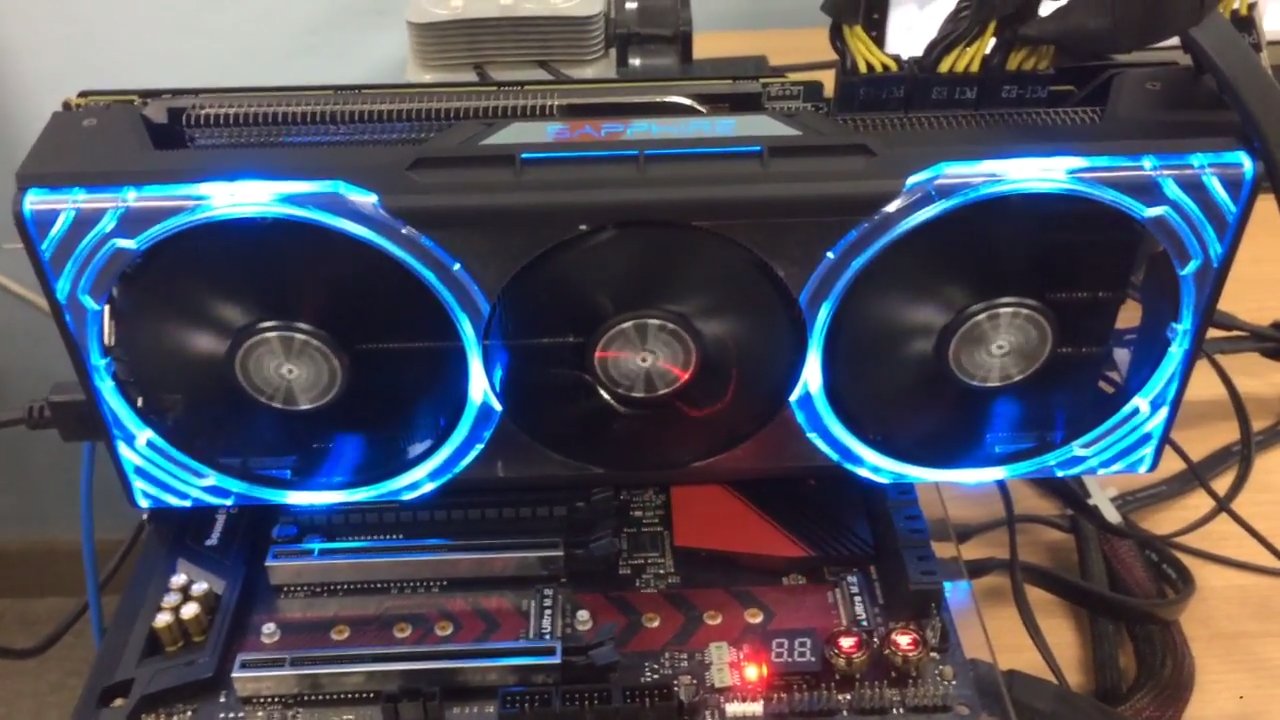 It appears the wait for custom versions of AMD's high-end Vega graphics cards is nearing its end as more and more leaks surface of what potentially could be on-shelves in time for the holidays from the company's add-in-board partners.

A couple of weeks ago we saw XFX tease its own custom RX Vega, today we get a glimpse at what Sapphire is working on, and it's quite the beast.

The AMD Radeon RX Vega Sapphire Nitro Is A Beast

So first things first, let's talk about the exterior design of Sapphire's new Nitro series for the Vega family. The new Vega Nitro is two and a half slot, triple fan, triple 8-pin affair with a massive heatsink. The heatsink itself appears to be a modified version of what Sapphire used in its R9 Fury Nitro designs. The fan array has also been improved, it now features two 95mm fans and one 85mm fan, in contrast to the previous triple 90mm fan design.  To keep all of that heft in check, the Sapphire includes a PCIe support bracket with these cards to prevent sag and/or damage to the PCIe slot due to the sheer weight of the card.

Sapphire has maintained the classic black, white and silver aesthetic of the Nitro series with a sleek looking detailed backplate. Nearly all sides of the card have some sort of LED lighting, including the top, the back and the side. In terms of I/O the card is slightly unique, featuring two DisplayPorts and two HDMI ports, instead of the standard three and one I/O of the reference Vega design.

The card that HWBattle got their hands on features the default RX Vega 64 clock speeds, a factory overclocked version of the Nitro is expected as well. Although, we don't know what the clock speeds on that version will look like at the moment. With that being said, even at stock clocks the RX Vega 64 Nitro is able to boost to higher clock speeds than usual thanks to the significantly improved cooling.