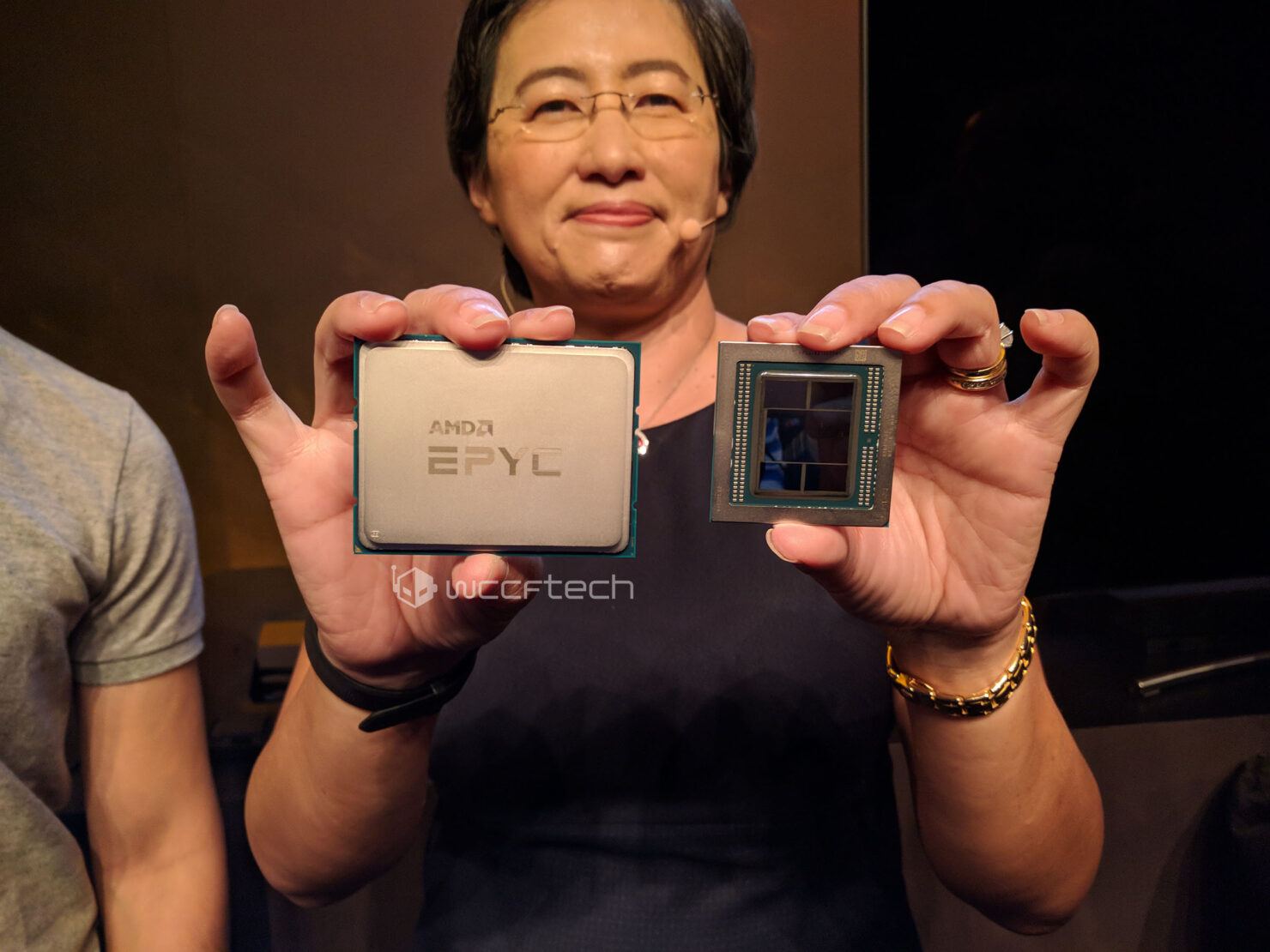 AMD was the first in the industry to announce the 7nm process based Radeon GPUs, this morning. The announcement that took place made it seem like 7nm would be solely kept exclusive for the Radeon Instinct products but as expected, AMD's CEO confirmed that the process would eventually make its way to the gaming product lineup too.

AMD's CEO, Lisa Su, announced at their Computex 2018 press conference that 7nm GPUs will be coming to gamers. The graphics cards will make their way to the market around 2019 but what is not confirmed at the moment is whether AMD is talking about 7nm Vega or 7nm Navi for gamers.

If AMD is talking about 7nm Navi, then everything is going according to AMD's own Radeon GPUs roadmap. The roadmap has been showing 7nm Navi as a 2019 part for a while and that has been expected to make its way to gamers just like RX Vega. It is also the most possible of the two cases that will be discussed here. As you might have seen, the 7nm Radeon RX Instinct Vega GPUs are primarily designed as a fast HPC solution for DNN and AI processing. The GPU shots of the Navi graphics cards show that it's using a 4096-bit memory bus across four HBM2 stacks and up to 32 GB of VRAM.

Judging by the production prices of such a chip on the very latest fabrication process which still hasn't been marketed yet and only begun sampling to AMD a while ago, I don't think the Radeon RX Vega 7nm GPUs will be something we would be expecting as the prices will fall beyond what AMD's usually done for Radeon graphics cards. More or less, I think 7nm Navi would be a better option that AMD will select for obvious reasons over 7nm Vega.

Now if AMD was making the move for 7nm Vega, there are certain possible solutions that we can think of. With current 14nm Vega based products, AMD showed that they can scale down to dual and single HBM2 stacks. That approach may make the production and memory prices feasible for AMD themselves and eventually bring a more sensible product to the gaming market. But at the end of the day, Radeon RX Vega already entered the market a year back and gamers want new cards from AMD, so doing a Radeon RX Vega 64 again doesn't make sense unless they add an "X" to the naming convention to make it sound cooler (look at RX 500X cards).

So 7nm Radeon RX is definitely coming to gamers, but it would be based on Navi meaning that AMD has not changed their roadmap and are sticking to it. There are some obvious benefits of the latest 7nm Vega GPU such as faster clocks, higher capacity memory and smaller die size making cards more efficient, but the design itself may not make much sense for the gaming community. Videocardz has a neat preview of what the die size on the new 7nm Navi GPUs could look like so check it out over here!