AMD has announced their latest Radeon R9 270 graphics card aimed towards the sub-$200 market. The Radeon R9 270 is infact the second card in the R9 270 series, the faster Radeon R9 270X was released last month with the bulk of the AMD Volcanic Islands cards.

With the launch finally taking place, its time to get down and talk about the specifications of the latest Curacao graphic card briefly. You can see the reviews from various tech sites in the following links provided:

The Radeon R9 270 comes with 1280 Stream processors which means that it uses the same configuration of 20 CUs as the faster Radeon R9 270X, additionally it comes with 80 TMUs and 32 ROPs. As for clock speeds, we are looking at 925 MHz max frequency with Boost technology and 900 MHz configured as reference clock speeds. It should be noted that AMD has released several non-reference and factory overclocked variants through their AIC partners at launch which offer faster frequencies for just around the same price. For memory, we have 2 GB GDDR5 VRAM running across a 256-bit interface that will pump out 179 GB/s bandwidth at a clock speed of 5.6 GHz.

The Radeon R9 270 will be powered with a single 6 Pin power configuration which represents a TDP of just 150W. This makes the R9 270 a much more power efficient card than its bigger 270X sibling which consumes 180W TDP. The display outputs include Dual-DVI, HDMI and Display port with Eyefinity compatibility and just like its bigger brother, it is supposed to run games at 4K resolution with ease. The Radeon R9 270 is available in the market as of now for a price of around $179.

The results we are looking at shows that the Radeon R9 270 is just a few percentages ahead of the GeForce GTX 660 at reference clocks but performance surpasses the Radeon HD 7870 when overclocked. You can check out the performance results along with specifications below: 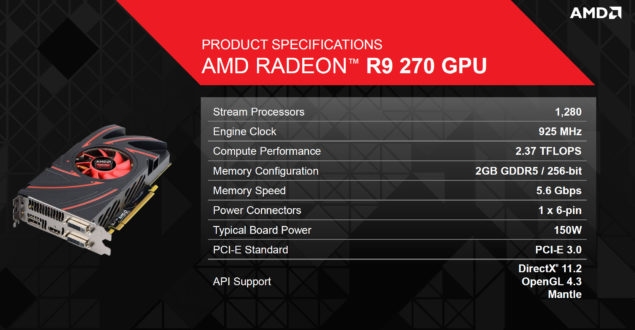 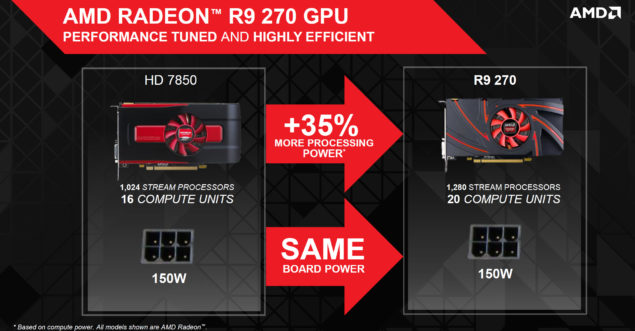 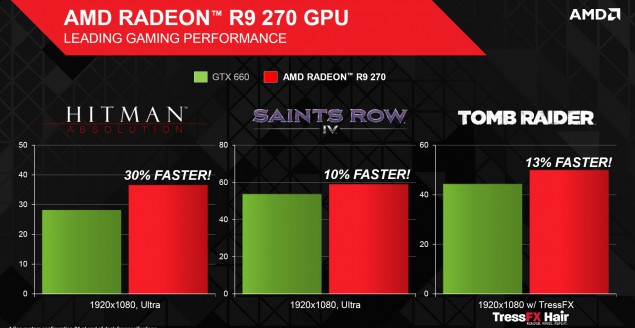 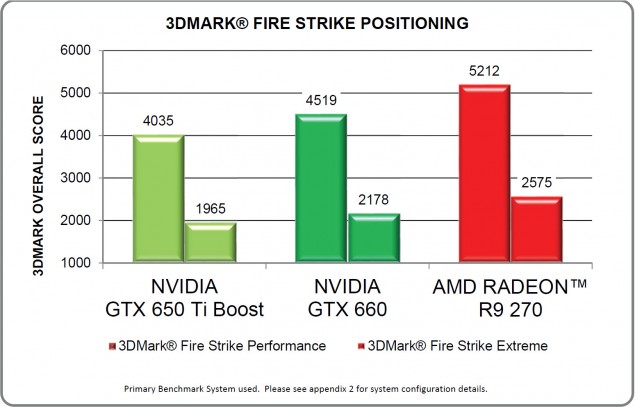 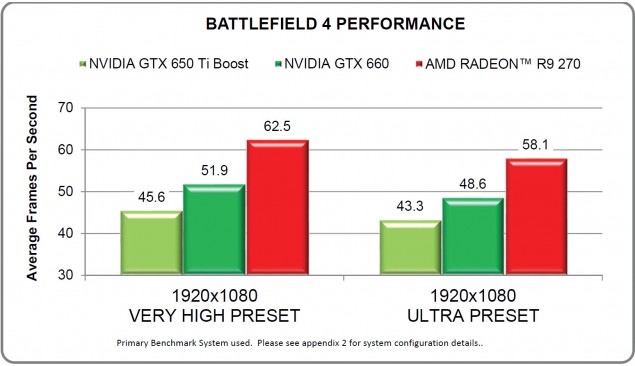 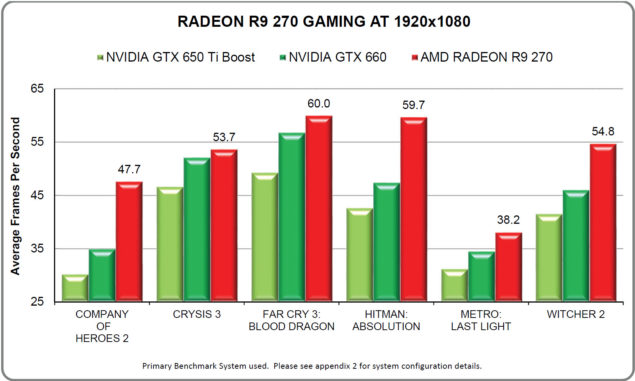 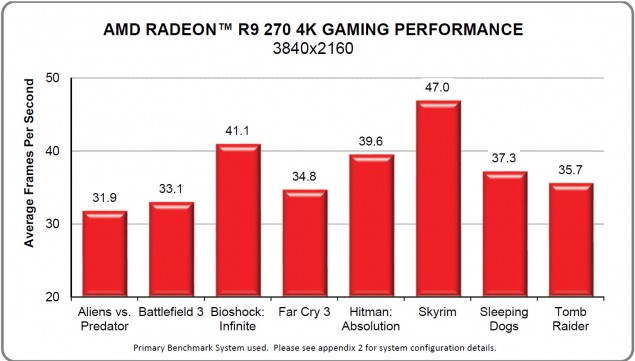